Is Breakdancing a Sport? Is it Spiritual?

One of the more common questions I ask in Sports and Spirituality is for students to determine if a given activity is a sport. Is competitive eating a sport? Esports—yes or no? Is breaking dancing? And of equal importance, are they spiritual? 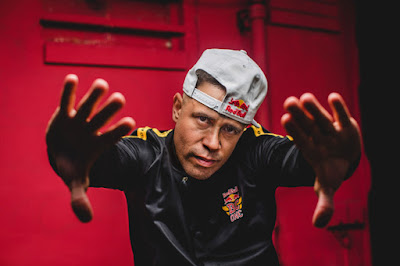 Several students knew why I was asking this question. On December 7, 2020 the IOC announced that "breaking," the official name for competitive breakdancing, will become an Olympic sport for the first time at the 2024 Paris. Surfing, skateboarding and sport climbing have also been approved, but those three events will also be a part of the Tokyo Olympics in 2021.

One of my students admitted, "it’s always been something I’ve wanted to try. It’s definitely a sport though, it requires so much strength and coordination to be able to do some of the tricks they do!"

I asked the class how our school might be different if we offered breaking as a varsity sport. For once, the Zoom gallery revealed every student's face. The all too frequent site of a ceiling fan or screen to black was gone. They wanted to weigh in. Some responded to this question by sharing the sports' history, who it attracts and why. Diversity among the sports we offer emerged as a shared value.

There was little debate as to whether or not breaking is spiritual. Many noted that the passion of b-boys and b-girls channeled through dance is a spiritual exercise. The testimony from Nimoy Vaidya, profiled on #GrottoStories suggests that if breakdancing isn't spiritual, what is?

As written by Grotto Network,

Breakdancing is more than a hobby for Nimoy Vaidya. It’s a way for him to be fully himself, a path toward healing, and a source of joy. Born in Kathmandu, Nepal, Nimoy moved to the U.S. for school in 2015. While struggling through his parents’ divorce and being bullied at school, he found an outlet in the “b-boy” culture.

“Yeah, I have tough days, but usually, a little bit of music and a little bit of dancing fixes that,” he shares. “That’s why I do it — because it just brings me joy immediately.”

Vaidya's story affirms that "joy begets joy." His delight, his talent, his enthusiasm inspires others. You have to watch this video!

My students "like that he was able to use it as a way to heal." They are aware that every person needs his or her "outlet." They value that breaking has been used for "self expression." One young woman said, "I appreciate how he didn’t let society pressure him into something that didn’t make him happy. He found breaking or did breaking find him?"

The IOC has noted that breaking will attract young people who may not follow some of the traditional sports. And its inclusion isn't without controversy.

Allison Durkee of Forbes writes, "Some dancers believe the Olympics could cause the sport to lose some of its authenticity, or devalue aspects of breaking routines that are harder to judge, like originality and passion."

It's important that we preserve the essence and the culture, and that it doesn’t get lost in the competitive grind as we continue to progress and make steps into the Olympics.”