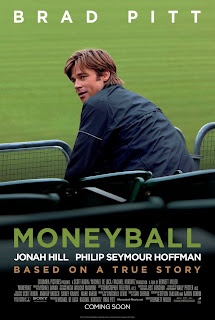 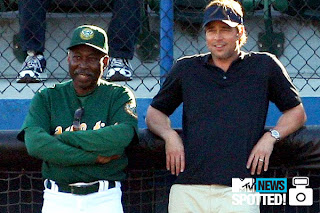 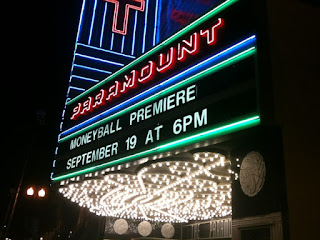 Coaching as Ministry...and as Evangelization

"Yours is a share in the work of the Lord's Spirit who makes of us one bread, one body, the cup of blessing. Yours is a work of ministering Christ's body and blood to the body of Christ, the Church. Yours is service at the Lord's reconciling table, You minister holy food to holy people in the holiest of all communions." -Eucharistic Minister Handbook

It was only Wednesday of the first week back at school and I was completely exhausted. But, I wasn’t so tired that I couldn’t make it to the social that followed the Fall sports parents’ meeting. While there, I noticed how many members of the Jesuit community came to welcome us—a group that leads 23 athletic teams. 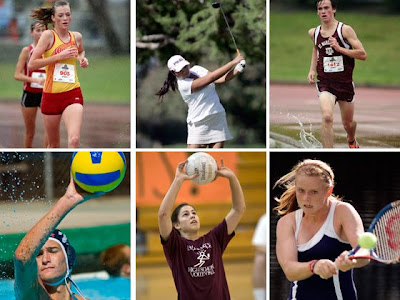 The fall season at St. Ignatius College Prep is comprised of seven different sports, fielding over 500 student athletes. Although no Jesuit coaches a fall sport, many serve as team chaplains and boosters. I have become friends with several of them while watching boys’ volleyball and girls’ basketball games. Nothing builds a friendship like a common interest in sports. And little did I know, nothing builds the faith life of a young person like a coach who participates in a school’s liturgy.

Andrew, a novice Jesuit asked the coaches if we would be willing to serve as Eucharistic ministers. He said “this year we are making a concerted effort to extend the invitation to coaches. When a coach holds the Eucharist with respect and reverence, their athletes take notice. Truly it’s another form of evangelization.” 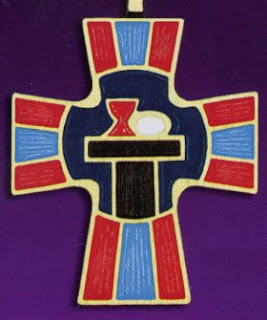 I never had a coach who was a Eucharistic minister. I wonder how I might have seen him or her differently and what the sharing of the sacrament would signify to my teammates and me. I wonder how a young person who is really questioning their faith might be nourished by the Eucharist a little differently because they see their coach hold and distribute it with the "respect and reverence" that Andrew mentioned.

I was humbled by his beautiful insight on what I considered a simple task. The priest mediates the sacrament—transforming the bread into Jesus’ body and blood. But, lay and religious, old and young, male and female, coaches and teachers, even student athletes participate in the distribution of it! And even those who are not Catholic are called to participate. At SI, we offer a special blessing to anyone who wishes to receive it. They join the community and approach the Eucharistic minister with their arms crossed over their chest. As coaches extend this blessing—again, they are evangelizing. 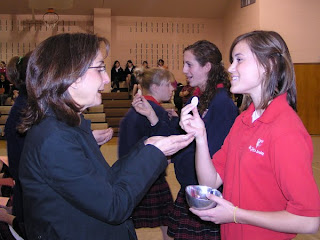 But herein lies the paradox—the seemingly simple task is actually quite profound. I had no idea that sharing in the work of the Lord's Spirit was evangelization. The Catechism of the Catholic Church defines evangelization as: “the proclamation of Christ and His Gospel by word and the testimony of life, in fulfillment of Christ’s command.” Of course it is evangelization, for what does a Eucharistic minister say? “The Body of Christ.” How clearly we proclaim Christ Jesus at communion!

The National Directory for Catechesis (NDC) "places evangelization at the core of ministry to fire a new energy and commitment to proclaim the Gospel." I definitely view coaching as a ministry. To know that my ministry is not limited to the field, to know and believe that it is also at Friday Morning liturgy for both my students and my athletes is an awesome responsibility. I hope my fellow coaches will join me. After all, "Victory is ours for those who love Christ Jesus!"