Though I cannot tell who reads Sports and Spirituality, I can determine how many unique views each entry has gotten. I can also ascertain where my audience lives, but only by continent. My second most popular posting hails from one continent—the Land of Oz. Much to my surprise, the January 26, 2011 blog Australia Day + Australian Open = A G'Day has been read by 10,000 people. I'd love to know how many of those readers live Down Under. I'd also like to know why that story has proven to be so popular. I've been wrong about sports stories before, and as my blog has proven, I will be wrong about them again. 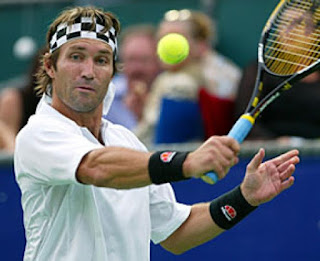 In the last month, "Catholics v. Convicts: The Story Behind ESPN's Shirt of the Century" surpassed my tribute to the National Day of Australia with over 12,000 unique views. More people took to ESPN's 30 for 30: Catholic vs. Convicts than I ever thought possible. My sense was that the story would only interest those who loved the once storied Miami vs. Notre Dame rivalry. I figured most sports fans would deem this tale as one that is no longer relevant. Boy, was I wrong. I've had more people stop me to tell me how much they enjoyed everything about the ESPN film, including many of my own students, who—honestly—have never been required to watch it for credit or for extra credit (ok maybe). And my first blog posting on this topic is now my most popular entry of all time. 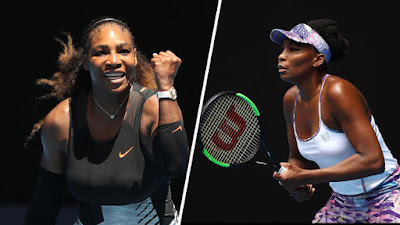 I have always loved writing about the Williams Sisters. Their story of their lives speaks for itself; remarkable content and the very fact that I am still able to write about them—their on-going success and outstanding careers is a blessing. This year's women's final gives me yet again another opportunity to enjoy tennis' two greatest siblings. As written by the BBC, "It would also be a seventh Australian Open victory for the younger Williams sister, while Venus hopes to win an eighth major title, first in  Melbourne and first since Wimbledon 2008." This is already a great feat, but the casual observer should know that Serena and Venus are the second and thirteenth seeds, both women are in their mid 30s, and should Serena win she would earn her 23rd grand slam title. Her older sister by 18 months seeks to write her own tale. The Aussie sports commentator told Serena (after she defeated Johanna Konta), "We love you here in Australia. You've won a lot and we hope you will win some more!!!" 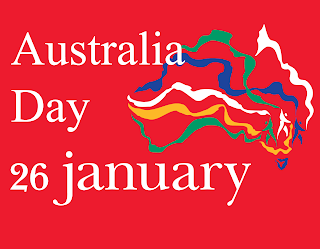 But on this 230th Australia Day, I would like to raise a glass to a country so many Americans love with the same affection extended on Center Court to America's greatest female athlete. It is much more than a home to the best accent in the English language...rather, it is a country, a people, and a culture that has given both sports and spirituality, some of its greatest content, stories, champions, cheers and mates. A place and a people I never get tired of writing about...or that you deem unworthy of reading. No surprise there! 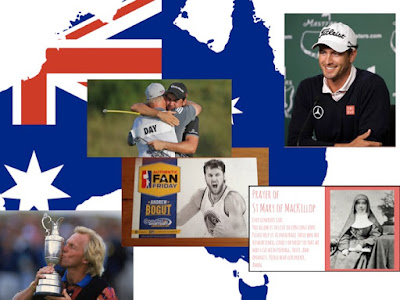 Posted by Anne Stricherz at 11:17 PM No comments:

My 74-year old mother woke up today with two words on her mind: game day. Sports fans everywhere know the anticipation, the excitement, the nerves and the hope that accompany a day like today. (For those non-NFL fans, today the Falcons host the Packers in the NFC Championship and the Patriots host the Steelers in the AFC Championship. The winning two teams will play in Super Bowl LI). What is interesting or noteworthy to me about my mom's outlook is that it's one she hasn't held often. Even though she's been married to my dad for 49 years—a man who plans mass attendance around game times and the NFL draft—this is new, albeit strange territory for her. And that's because she is rooting, unabashedly and with tremendous enthusiasm for the Green Bay Packers. 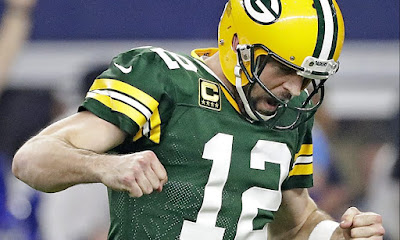 When I talked to her this morning, she wanted to tell me—once again—how much she likes this team, the organization and especially the quarterback, Aaron Rodgers. She then shared a thought you may have had yourself. "If there's anything negative about him—you know, in his personal life and what not—I don't want to know. At least not today. I want to enjoy this game. Go Pack!"

I understood where she was coming from...and what she meant. No one has to dig very deep to find out the good, the bad and the ugly of any given professional athlete. Opinions abound. Stories of their generosity, kindness and character are just as common as their entitlement. I've wondered if the depth chart speaks to their talent, or popular media's perception of an athlete. To this point, Kevin Kennedy of USS Sports Machine, has scribed a response to my mom's quagmire. I hope you find it helpful, I hope you enjoy.

How to Balance Rooting For Your Favorite Players Who Have Moral Issues by Kevin Kennedy
With the continued development of technology and the advancement of social media, information from around the world often becomes available instantly. That’s good news in many cases, but what if it’s something you might not want to know such as a member of your favorite sports team engaging in questionable or downright morally negative behavior? Can you separate a player’s personal life from his role as a member of your favorite team?

Basically, you have three choices when it comes to balancing morality and team support:

●      Voice your displeasure, whether it’s on social media or at the park, stadium or court.
●      Don’t root for the guilty player, but support the team as a whole. Stay quiet when he or she is on, but cheer on good efforts by other team members.
●      You can ignore their personal life and focus on what he or she does for the sport, as long as they perform well and helps the team win.

While there is no set formula of how to reconcile your mixed feelings, you can evaluate numerous factors. These include the nature of the offense, involvement in charity work, and whether the player has actually been convicted or just accused of a crime. Of course this whole scenario of morals versus loyalty comes with unpredictability. For example, fans have been known to cheer for one player while booing another, even if the athletes had offenses that didn’t seem to warrant one or the other. 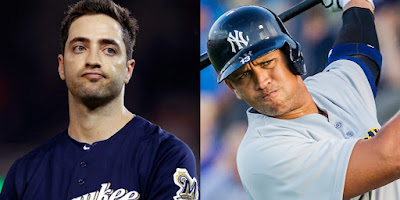 For example, MVP Ryan Braun led the Milwaukee Brewers to a division title after a three-decade drought, but he fell from favor quickly when a cheating and lying scandal that involved performance-enhancing drugs took over. Compare that to Aroldis Chapman who was accused of domestic abuse. He was traded from the New York Yankees to the Chicago Cubs just before the trade deadline. While Chapman was never arrested nor charged, Cub fans expressed mixed feelings on social media about this controversial acquisition. However, Chapman was applauded with cheers during games as he helped the long-suffering franchise end the longest championship drought in sports history. Chapman pitched 7.2 innings in five World Series appearances, helping the Cubs defeat the Cleveland Indians in an epic seven game series.

However, once Chapman won his 2016 World Series ring with the Chicago Cubs, the Yankees seemed eager enough to have him back, despite his domestic violence background. They signed him to a record contract this December, inking him to a record $86 million deal. In this case, it seems that his performance on the field overrode his alleged transgressions.

Unpredictability is further enhanced by how the governing bodies in sports and the networks react. For example, some athletes get suspended by the corresponding leagues while others don’t. Additionally, the passage of time seems to ease some transgressions. Some big names with scandals tied to them even make it into the broadcasting booth. Such is the case with Pete Rose and Alex Rodriguez. If the network endorses them, does that mean they did not violate any ethics or morals? Only you can decide that.