Sports and Stats: I'm sure there is a blog someplace, somewhere that pays homage to an attribute of the game we sports fans and athletes speak, remember, record and pass on to others (hello, Baseball Encyclopedia, right?!). While some sports to pay too much attention to stats (think sabermetrics in MLB) I would dare say it is irresponsible for any sports writer or fan not to recall what we tally and book in a physical contest. Yes, the rhetoric of 2020 is "science is real." Well, so are sports stats—which is why number seven on my 20 for 2020 is the sharing of my favorite one. 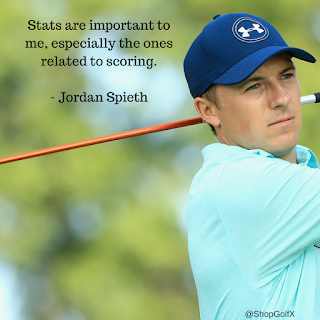 While I have had a favorite athlete, team, coach, sporting event and award (defensive player of the year), I don't know that I ever had a favorite stat. I would encourage any athlete to consider their own beloved statistic within the sport they play. Naming a favorite stat, illuminates nuance of  the game. It celebrates where challenge and opportunity meet. Yes, I already know what a number of golfers will say: their favorite stat is a low score. Touché. However I have my own and it's fun to track: zero putts.

A zero putt occurs when a golfer gets the ball into the cup from off of the green (often called holing it out). Much to the chagrin of a good friend, I frequently use my five iron instead of chipping, pitching or putting the ball from off the green. I place this long club at the back of my stance and let it work as a putter. Much to my delight, this club has guided my golf ball into the cup. And with that, a zero putt is born.

On my scorecard, I mark if the ball was in the fairway (F) or to the right or left of it (FR or FL). I put an "x" if I was on the green in regulation. I write down my actual score and then how many putts I had on that hole. I savor every chance I get to write a "0" in that stat line. Yay! I hope that one day a zero putt will be born, thanks to a hole-in-one. Stay tuned.

The short game is my nemesis. However, it must be embraced if one is long for the game of golf. While I won't say I would be on the LPGA tour if it weren't for putting, I do know, I'd have lower scores, fewer headaches, decreasing self doubt about my personal worth not to mention the game of golf. Sigh. The truth of the matter is that I'm not the only golfer who struggles with this component of the game.

According to "Putting by the Numbers,"

I would love to know how many of those golfers have a "0" putt per round.

As much as I loathe putting, I will say, making a tough one feels so good. That sentiment is however trumped by the joy of holing it out / getting the ball into the cup from off of the dance floor. And every time I do, I make a point of sharing with my playing partner, "zero putts. That's my favorite stat" (NB: if they make it, I share that same info). I have yet to play with a golfer who doesn't react. They always pause, realize what I am celebrating and appreciate this perspective inside the game.

What is your favorite stat? How do you share it? Would love to tally this up....