Sports Moments in 2012: What is your favorite? 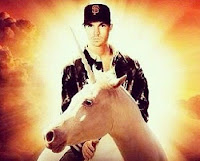 When I was seven years old, I had the most memorable, magical Christmas.  My family traveled north to Tacoma, WA to be with my dad’s side of the family.  It was a treat to be in a place where we might actually have a white Christmas and where I got to open the majority of my presents a little ealier—after Mass on Christmas Eve.  I woke up on Christmas day to find that Santa left his lot and a stocking full of treats.  I tore through my gifts and my mom informed me that I had one more.  From behind the tree, came a beautiful sight—a wondrous creation.  It was a huge, plush white unicorn with a necklace of flowers around its neck.  I hugged this magical creation and named it Crystal.  Who knew that this same creature would serve as the symbol for what I consider my favorite sports memory of 2012. 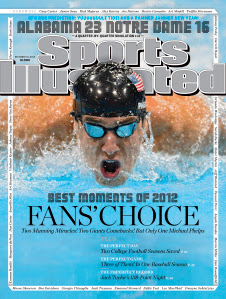 It’s a fun question to ask people. What is your favorite sports moment from 2012?  And I recommend doing so. Some responses will be more common than others, but some will surprise you.  Perhaps that was Sports Illustrated’s intention as the writers decided this question would serve as the theme for the final issue of the year: Fans’ Choice for the Best Moment of 2012.  Two Manning Miracles!  Two Giants Comebacks! But Only One Michael Phelps.

The December 31st issue reminded me that different fans have different loyalties and different loves.  Regardless, reviewing a year through the lens of sport is easy and fun.  And it resonates with this time of year—a time when we should stand before God with awe and wonder, joy and delight.  It may seem like an odd prayer at first, but I take such joy in talking about my sports moment of the year, I can’t help but thank the good Lord for the memory and the people I shared it with.

Is your favorite sports moment one from the 2012 Olympics—the London Games?  Did it involve the rise of Linsanity?  For Notre Dame fans, it might not be a single game, but an undefeated season. For many people in San Francisco, it could be the NFC Championship game when the 49ers defeated the New Orleans Saints.  Or our second World Series title in three years.  To look through Sports Illustrated, I was reminded that my lens on the sports world often revolves around my teams; the image on the Table of Contents page didn’t feature the perfect game of San Francisco Giants pitcher Matt Cain.  No, it was Seattle Mariner Felix Hernandez.  He was one of three pitchers who threw a perfect game this season.  But one’s favorite moment is personal….so let it be yours and only yours. 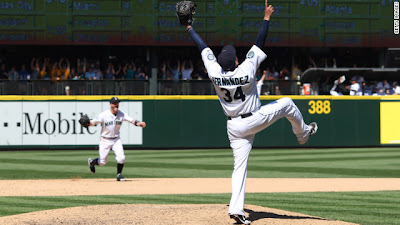 Tomorrow I will share why the game now affectionately known as “Rally Zito,” the game that sought fan support by a picture of 75 riding a unicorn all over Twitter is my favorite sports moment from 2012.

And, If I see you at a New Year’s eve party, get ready for this question.  I can’t wait to hear your answer.  If it involves Zeets, we can compare notes.