On Friday, Tiger Woods threw and kicked his club. Woods, a 35-year old man is a professional athlete in need of spiritual discipline. His teammate at Stanford, Casey Martin once said Professional golf is the most selfish endeavor in the world. Everything revolves around what you do. That’s the way it has to be because the team is you. It’s not a team, it’s you. Bearing examples of unsportsmanlike behavior and the true nature of the sport, why would watching the 2012 Masters be an ideal way to spend Easter Sunday? 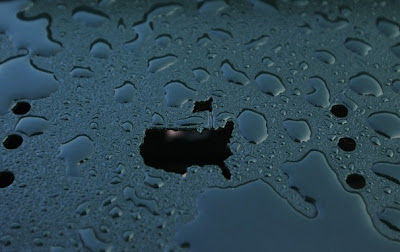 Every Easter we remember and celebrate the triumph of the cross, the resurrection, and that death has no victory. But the joy of Easter lies in the truth that God and God’s goodness surpass our expectations. It’s not fair to compare the two, but Masters Sunday does as well.

I had high hopes for Phil Mickleson going in today’s final round. I wanted the three-time champion to join Jack Nicklaus, Arnold Palmer and Tiger Woods as the only golfers with at least four victories at the season’s first major championship. But it’s hard to deny that today’s champion isn't special. For one, his name is Bubba. Although a man named Gerry Watson who goes by "Bubba" may not fit the mold of a club that still forbids membership to females, he is as close to Augusta National will get to a “local hero.” In 2002 he helped lead the University of Georgia to a Southeastern Conference Championship. I think a significant number of Bulldogs were on hand to cheer him to victory today. 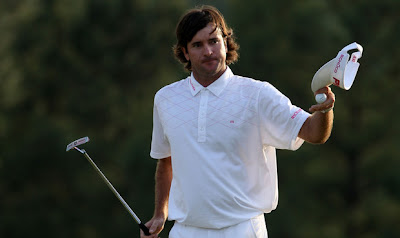 And on the second hole today, fans near and far were treated to a shot that has never before been captured on television as the Masters. Louis Oosthuizen, the runner up, shot a double eagle on the second hole, a par-5, today. The 235-yard four-iron spun dead sideways and trickled 60 feet into the hole on the last turn into the pin; it was as if a magnet pulled that 1.68“ ball to it.

The glory of this day however was most fully revealed in the sudden death playoff. In 2012 Masters: Oosthuizen’s ‘Albatross’ a once-in-a-lifetime shot, Thomas Boswell writes

Before his final winning 6-inch putt, Watson called for silence and a moment to compose himself. His feelings run so high, so close to the surface, that it wasn’t entirely a joke. Only a month ago, he and his wife Angie adopted their first child, Caleb. Everybody loves Watson, a natural-born blubberer. He wears his emotions on his sleeve, except when they slip down to his wrist.

“I never got this far in my dreams,” said a red-eyed Watson, whose late father was in the U.S. special forces. Typical of Watson, he told Oosthuizen after his double-eagle, “I’d have run over and given you a high five, but it wouldn’t have looked right.”

It should not have looked right, but perhaps it is because it was Masters Sunday it did. While speaking with the press after his loss, Oosthuizen recalled the day with joyful enthusiasm and an authentic smile. His body language said it all--what a great day! Indeed, he understood that he contributed to the best memories of the 76th Masters. 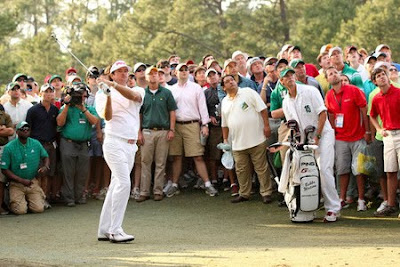 And learning just a little bit about Bubba Watson will give you pause to reconsider Casey Martin’s words. Upon his victory, Bubba’s mother Molly embraced him and didn’t let go. The fans—fellow UGA alums and fraternity brothers felt the win belonged to them as much as Mr. Watson. Watson then walked off the green and hugged Rickie Fowler and Ben Crane, who starred with Watson in the “Golf Boys” music video. If you haven’t seen it, it’s worth checking out, if not for the fact that Farmers Insurance will donate $1,000 for every 100,000 views of the video. The charitable proceeds will support both Farmers and Ben Crane charitable initiatives

The glory of spring was in full force at Augusta National today. Easter and Masters Sunday. Two for the price of one? Yes, and I’m happy to say for sports or spiritual reasons it did not disappoint. Alleluia!