The Bromance in Sports...and in Spirituality?

In teaching about the life of Christ, I enjoy sharing facts that students might not know about the Lord or His disciples. 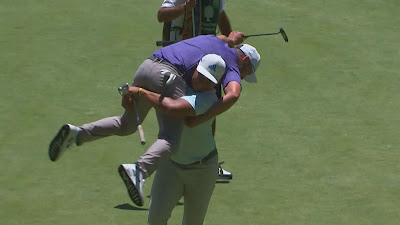 Here are but three examples. Were you aware that Jesus knew three languages? Aramaic, Greek and Hebrew. Second, although the crucifixion makes this evident, Jesus was tough. Joseph, his earthly father, is too often referred to as a carpenter. Given where they lived, the term "tekton" is more appropriate. Tekton means a general craftsman; some even translate it as "day laborer."A tekton would have made doors, tables, lamp stands and plows. But he probably also built stone walls and helped with house construction. We don't know much about his teenage years, but we do know he would have been mentored and trained by Saint Joseph and that work is never easy. Lastly, the disciples were probably teens. In the first century, when a boy reached his early teens, he became a man. Women married at around age 13. Renowned scholar Craig Keener, argues that the twelve disciples were most likely in their late teens.

These fun facts generate some good questions and I find it valuable to think of the Lord in a personal, relatable way. And what I saw at the 2021 American Century Celebrity Golf Championship Tournament between Justin Timberlake and Patrick Mahomes prompted a new one. Their budding bromance inspired a question for my class: Is there any evidence in Scripture that Jesus and one of the Apostles might have had a bromance? And, were there any bromances among the other disciples? 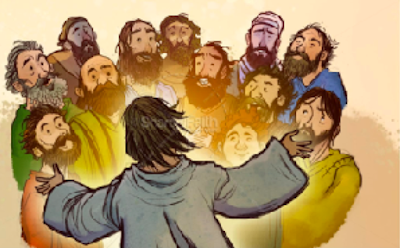 Though nearly self-explanatory, "bromance is the combination of two words, "brother" and "romance". It might start with an admiration of something that the other man does, like his ability to shoot hoops, talk to women, or succeed in business. The men enjoy hanging out with each other so much that it becomes a (nonsexual) infatuation.

Evidently, Timberlake is known for continually cultivating and creating the unique male bonding found between "brothers from another mother." (thank you, Urban Dictionary) According to the post "What's So Great About Bromance"? The media often uses the word bromance to describe two men who just met who get along. For instance, in March 2016 when President Obama talked with Canadian Prime Minister Justin Trudeau at the White House, media headlines everywhere declared the two were in a bromance. Celebrities like Justin Timberlake, Andy Cohen, and Will Ferrel are also said to be in a bromance with their close, male friends.

In years past, and to the delight of all fans in attendance JT has been seen bromancing Steph Curry. When the relationship was broken up by the former MVP's pairing with his father Dell and brother Seth, Timberlake found himself in a love triangle. Paired with Mahomes—the highest paid quarterback in the NFL—and one of his best receivers, tight end, Travis Kelce, JT had a lot of wooing to do. Chiefs fans may or may not support it. 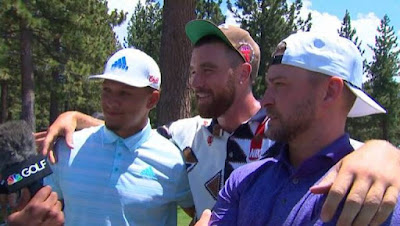 Timberlake is a multi-faceted entertainer—dynamic, gifted and very talented. He is a strong golfer and finds rhythm wherever he goes. Mahomes who excelled in both baseball and football,  had innumerable fans in the gallery. However, he met his biggest one in Timberlake.

For example, on the 18th hole when QB1 hit his third shot on a par five to within 2 feet of the pin, JT did what Mahomes had already done to him. Pick him up on his shoulder and carry him in.  The love may extend beyond Edgewood, Lake Tahoe. According to "For Pete's Sake" Chiefs quarterback Patrick Mahomes is ready to make his singing debut and he may have found a way into the music business through a golfing buddy: Justin Timberlake. Pete Grathoff writes, 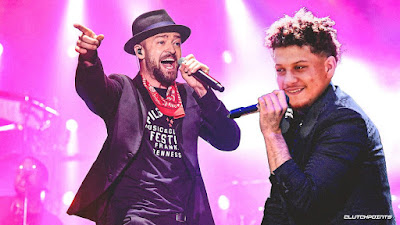 On Sunday, NBC Sports asked Timberlake what he had going on next, and he answer with short- and long-term plans.

Mahomes interjected: “Can I get a feature?”

For the record, Kelce and Timberlake broke out dancing at one point on the course. In other words, this bromance is not exclusive. 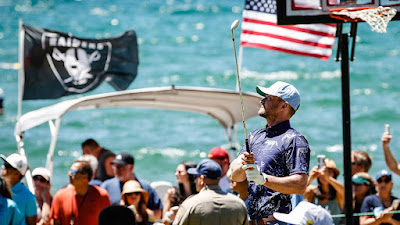 Is it just me or is "bromance" just fun to say? Maybe bromances are fun to consider because seeing friends have fun is a sign of joy. Friends out to make us smile and laugh. They bring out new dimensions of our personalities and build our character. Women might call this a "girl crush" but among dudes, bromances are here to stay. Or rather, they have always been...social media is happy to celebrate them.

Saint John the Evangelist offers personal testimony of his bromance with the Lord. There had to have been others. I hope to take this perspective with me and offer it to my students as we make the Life of Christ part of our own.

Posted by Anne Stricherz at 9:58 PM