What I Wish Sha'Carri Richardson, US Sprinter Knew....

Discussions and debate on moral issues goes with the territory of teaching ethics. Over the years, I have heard my fair share of good arguments and bad ones. I listen more than I preach. Occasionally my students will ask me what I think. More often than not, they assume my stance. I wish they knew it's never that simple. I love playing with ideas. I'm okay with gray. Yes, I respect the Church and its official teachings. I understand life is hard and it gets messy. And still, I try to help young people grow not just in age but in wisdom. 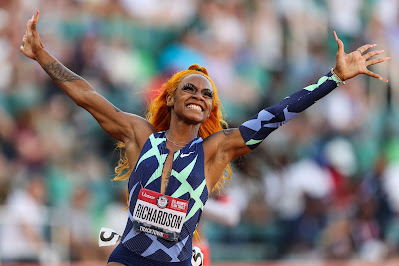 In order to teach moral issues, I collect life lessons from others, I offer a few of my own and I hope for the best. Who knows. Along the way, the most compelling argument I have heard for not using drugs was in an interview with Bruce Springsteen. In all fairness, this ought to strike you as an interesting, albeit unlikely source. Why? The term sex, drugs and Rock n Roll exists for a reason. He came of age in the 60s and 70s. I do not credit The Boss because I'm a big fan, but because I think he is right. His message is one I wish that American sprinter, Sha'Carri Richardson, was familiar with, too.

Richardson, winner of the 100-meter dash at the U.S. Olympic trials, accepted a one-month suspension after testing positive for THC, the primary psychoactive compound of cannabis. The media was clear that she smoked pot in Oregon, where it is legal. When asked about this unfortunate situation, President Joe Biden said, "the rules are the rules,” but  he questioned if they should remain that way." Announced by the U.S. Anti-Doping Agency on Friday, July 2, Richardson still has a chance to compete with the U.S. relay teams. However, her retroactive disqualification at the trials means she is out of the 100-meter race.

When asked his opinion on drug use, Springsteen said "I do not think it is a moral issue." For the record, I do not agree with his claim. I consider drug usage as much more than a personal preference. I do think it's a matter or right or wrong because the stakes are just too high. I digress.

Bruce admitted that he was around a lot of people who did a lot of drugs as a young musician. He
said, "I saw what it did to them. At the time, the only thing I had was my music and I knew I needed to do everything I could to protect it. So it wasn't for me." 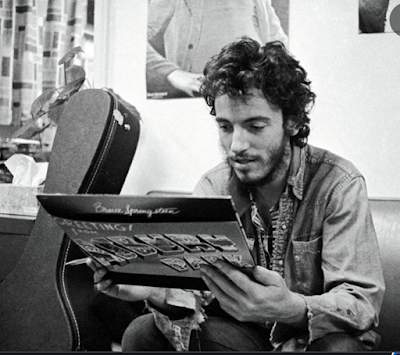 I appreciate Springsteen's insight because it shows he was aware of his surroundings, he understood the culture in which he lived, he knew himself and what was important in his life. He realized he had a gift and that they might require sacrifice and care. Music fans are glad he did.

Via Twitter, Sha'Carri Richardson stated "I'm highly gifted and blessed...." As written on The Shadow League, "the U.S. has not won Olympic gold in the women’s 100 since 1996 when Gail Devers claimed her second in a row. But the 5-foot-1 Richardson is without question the country’s next best shot." America would have love to have seen her talent and speed translate to a gold medal. There was a lot to protect. I wish she had done that.

One moral issue students always want to talk about it drug usage. Many use, many do not. There is a wide spectrum of experience and curiosity. It is very rare that a junior in high school offers his or her experience in saying "yes' or "no" to them. Many who are athletes have signed contracts that require they do not use during the season. We discuss how this affects their decisions, if at all. We talk about recreational drugs, hard drugs, prescription drugs and as any ethicist should: What is a drug? This year, however, I think I will just ask What is the thing in your life worth protecting? And how do you plan to do that? Might be one of the more important questions I ask. And for what it's worth: It's a question for all of us to consider.