What to do about Tiger?

When asked by golf analyst David Feherty in a recent interview about his ideal foursome, Steph Curry, NBA Champion and the 2016 MVP who carries an index of 1.3 said "My dad, Barack Obama and Tiger Woods." Given Steph's outstanding reputation as a husband, father, son, teammate and competitor some were surprised that he included a fallen hero like Woods. As a sports fan and golf enthusiast, I wasn't. To me, Curry's choice is yet another example of just how elusive Tiger Woods remains and may forever be in American society.

We are good and putting people in a box: good or bad, black or white, wrong or right. But Tiger is tricky. Fans still flock, They cheered and jeered his return to the US Open in 2010; he still makes headlines when he announces whether or not he will play in a major. Indeed, Woods both literally and figuratively cannot be confined. This quandary...this quagmire leaves us with the question: What to do about Tiger? Reading his new book "The 1997 Masters: My Story" has gotten me closer to an answer. How? his own words have help me come to terms with who he is and who he is not.

I have been wrong about Woods, for better and for worse. For example, in Black History Month: A Case for Serena Williams, I stated,


In light of Black History month, I sincerely appreciate that Williams calls on the other black female tennis players who paved her way. She wants the world to know that long before Serena and Venus, there was Althea Gibson and Zina Garrison. She has named and thanked them from the winner's circle. She insists that her success cannot be separated from theirs. With her older sister, she has worked to extend tennis to the inner-city and other low income areas, for all children. She has spoken out against the racism she has endured (Indian Wells) and used her voice for the advancement of women, people of color and the game itself.

I am not convinced that her peer, Tiger Woods who met equal success in another sport traditionally underrepresented by people of color has used his voice in the way she has. I do not believe that his fans would know that long before Tiger Woods, there was Calvin Peete or Lee Elder. 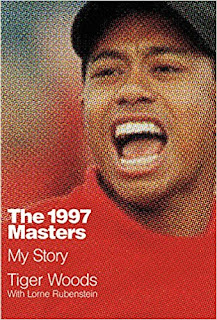 In "Paging Tiger" a review of Woods' new book by Michael Bamberger, I learned that "Woods' son is named Charlie, for Charlie Sifford the pioneering black golfer who won thrice on Tour but who never played in the Masters. What a tribute." #MyBad

Even my mom weighed in on Woods when she admitted "I feel sorry for him." I said,"Mom, I think a lot of people do."

It's difficult to see anyone struggle and I hope this isn't too strong—devolve. Today, this athlete who was twice named Sports Illustrated's Sportsperson of the Year is the butt of many jokes. I know I have launched my own, which is unfortunate given the condition of his back. I can only imagine what playing golf since the age of three—a game that invokes a swing that is not natural for the body—has done to it. His torque, sheer power and drive that were perfected because of many more than 10,000 hours cannot leave those muscles at ease. And so, when Tiger was arrested for a DUI on May 29 the ironic reality / sad truth was that his public statement was true: he had not been drinking alcohol. No, Woods had "an unexpected reaction to prescribed medications."

Since the incident, we have learned that, like many Americans, Woods is living with a lot of physical pain, and treating it with opioids, given through the signature of a doctor. Though his agent, Mark Steinberg does not disclose whether or not Woods has an addiction, he shared that "Woods has checked into a clinic to get help dealing with prescription medication for pain and a sleep disorder."

In "Our National Pain," an honest and heart-wrenching editorial by former NBA star Rex Chapman, I learned. 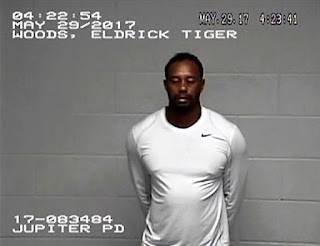 After multiple injuries and seven surgeries, I developed an addiction to prescription painkillers. My masters were Vicodin, OxyContin and Suboxone, and they led me into a life of isolation and erratic behavior and, in the fall of 2014, to my arrest for retail theft. (I later entered a guilty plea, paid restitution for the items I stole and was sentenced to 750 hours of community service.)I am one of the lucky ones: I had the financial resources and support of family and friends that enabled to me to enter rehab three times. My last stint was in the fall of 2014, and I have now been clean for three years. That is amazing to me. There were many times I didn’t think I could go without opioids for three hours, much less three years.

I do not know the extent of Woods' dependency on painkillers, but Steinberg reported, "he has been in just immense pain for so very long that taking prescribed medication was a must, just to get up and move." I think we can all be sympathetic toward those who are living with chronic pain, it's no way to live. Woods has had four surgeries on his knee and four on his back. There is more to this story....and yet, how do we know how much to tell? and when? And, because you are Tiger Woods, there is no reason to ask why. You have a legacy and you are a legend. To what degree can you control that? And where does that leave the fans? What to do?

For now, I have an answer.

My problem with Tiger Woods has nothing to do with what he did or should have done, rather, my issue is also my wish for anyone who has the talent, opportunity, impact, livelihood and greatness he has. Bamberger spells it out in stating "What Tiger's book lacks is introspection." I cannot help but believe the book is but an extension of the man, the golfer, the son, father and (fallen) hero. 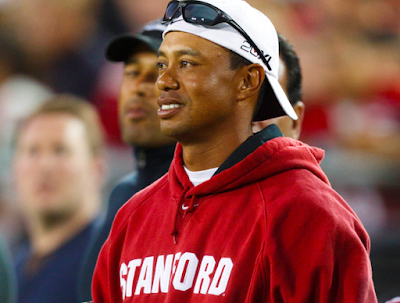 When interviewed by Charlie Rose, Tiger confessed that his only regret in life was that he left Stanford after his sophomore year. I find this hard to believe. In "The 1997 Masters" he says more about the pain he caused his ex-wife with his extramarital affairs and yes...the regret. Perhaps that is a step toward some introspection, but there were other opportunities to say more.

For example, Woods also writes about Arnold Palmer and what this golfing great meant to him. He said,

"I was sad when he died on Sept. 25, 2016, and I thought of all those times behind the eighteenth green. Arnold meant so much to the game, and I'll never forget our friendship and his counsel to me over the years. Looking back, I know he fired me up the week before the [1997] Masters."
Alarms started ringing. These are sentences that should not be published in a book for sentient adults. The editor should have noted in the margin of the author's manuscript, How, how, how, how? Show, show, show, show! Arnold, who half-invented the tournament that defines the book, is dead. You, Tiger, have logged many hours with him, and now you're giving the man some credit for your most important victory. You cannot go too deep on this.
I don't think I should take for granted that all people can or even want to go deep. However, I believe introspection may very well be on the most important spiritual disciplines out there. An introspective person has a sense of how their words and actions affect others. They can resolve to do better or be different, care more, judge less. 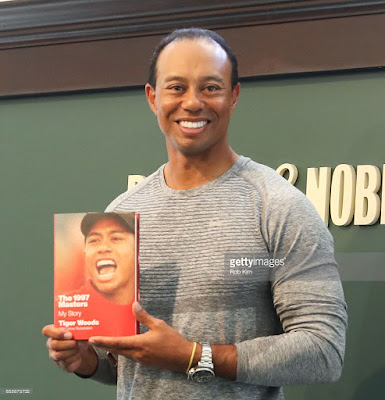 Fortunately for my students, Ignatian spirituality has a tool to help them develop this ability: The Examen. This prayer, similar to an examination of conscience, invites us to review our day— to literally examine where God was present, where we could have done better and to give thanks.

No one knows how this story ends. In many sports, the life of an athlete is is fleeting....but not in golf. Watch any major tournament and golfers in their late 40s and 50s still threaten. We loved Tiger Woods for what he did on the course. He made shots and  had a spirit that transformed the game.

I know many people want but another glimpse. Maybe we all need a moment of introspection to figure out why. Is it because of his destiny? that he was a symbol of East meeting West? that he made this game so athletic and exciting or was it because his game really like improvisational jazz? Perhaps you long to hear the discordant notes find their rhythm, their beauty, and wholeness as we did in Augusta in April 1997. The story continues....we will be both right and wrong, yet again.