The Spirit of the Olympic Games

Many people are surprised to know that American athletes receive $25,000 for gold, $15,000 for silver and $10,000 for bronze by the United States Olympic Committee—a private, nongovernmental entity.  Should they?  Does that run counter to the spirit of the Olympics? 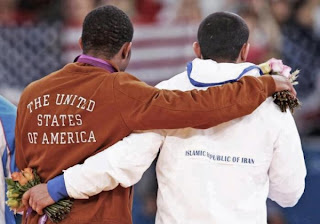 Others ask should all American athletes who make the Olympic team get paid?  I know several members of the men’s basketball team believe they should.  When the U.S. men's basketball team took the Olympic title Sunday, it won the 46th gold medal for Americans in London, their highest total at a "road" Olympics. The U.S. -- winners of 104 medals overall in London, easily the most of any country -- won 45 golds at Paris in 1924 and Mexico City in 1968.

The daily report of the US gold medal count was an interesting and provocative component of the 2012 games.  With no cold war enemy, I believe we contrived a new one in China.  I wondered Should I get this fired up about leading the pack?  I found myself identifying the sports we would dominate to increase our medal lead.  In the next moment, I wasn’t so sure my thinking was in the spirit of the Olympics.

What is the spirit of the Olympics? Over the years, it has been subjected to commercialization, exploitation and used as political ammunition if not blind patriotism.   Is it glory in victory?  Is it about your sport or your country?  Fortunately, the motto Citius, Altius, Fortius!  gives us a clue.  It is Faster, Higher, Stronger! 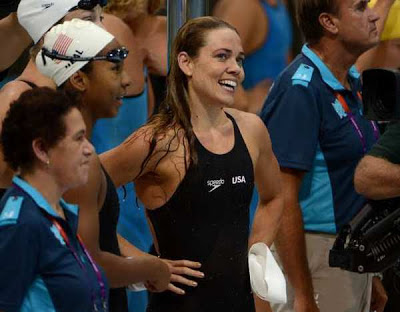 As reported in “Elevating Your Game” Jim Thompson states, “The premiere competition in the world—the Olympics—isn’t about being fastest, highest, strongest.  Even if you are the best in the world in your event, you still want to get better. For the best, “better” is better than best.”

The Olympics and its spirit are about the strife.  It is not only about achieving the goal, it’s about the pursuit.  In a conversation with Olympic swimmer Natalie Coughlin who was not invited to swim on the 400-meter medley relay, Savannah Guthrie asked her about trying out for the 2016 Olympics.  Would she retire? Natalie replied that she actually likes the training and at 29 years of age, she believes she still might have something in her.  Her goal, should she decide to pursue it is no different than the Olympic motto.

The spirit of the Olympics also includes peacekeeping or truce.  This was particularly relevant for the host city due to the arson and looting that left five dead and hundreds of homes and businesses destroyed in August 2011.  “It took four nights and nearly 20,000 police to regain control. The unprecedented disorder led to 2,000 arrests and fearful talk of a feral, criminal underclass that the state is powerless to contain.” 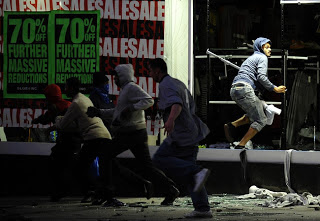 Consequently, six weeks before the Olympic Games began, London Citizens and Catholic Church leaders announced “100 Days of Peace,” reviving the ancient Olympic idea of a truce. "They will hold town hall meetings in boroughs across London and Birmingham to use the games as an opportunity to establish more CitySafe sites and zones as safe havens.” (Austen Iverleigh, Mending Broken Britain). The Olympic games can and should inspire peace.  The joy of hosting and celebrating the achievements of the worlds greatest athletes is fertile ground for conversations big and small of how to make that happen safely, peacefully and organically. 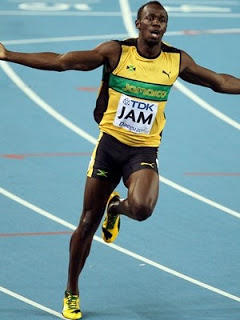 It would be remiss not mention that the spirit of the Olympics can be best understood through the participants in these great games. The reactions to victory and to defeat, the inner dynamics of teams and the example of true collaboration, the support of coaches and parents, and the competition itself speak louder than words: what the spirit of the Olympics is all about.

The Olympian who inspired my love for Sports and Spirituality revealed this spirit in what he did—running and winning the 400 meter race and what he did not do--run on the Sabbath.  "When asked whether he had ever prayed that he would win a race, the Scottish runner Eric Liddell replied “No…I have, of course, prayed about the athletic meetings, asking that in this, too, God might be glorified."

I hope during the past sixteen days you saw athletes push one another to be faster, higher and stronger.  Perhaps the 100 days of peace the churches called for in London will remain for another 100.  And when you recall the 2012 summer Olympic games, I hope you are able to recall a competition in which God was glorified through an athlete’s pursuit of greatness.  That defines the spirit of the Olympics past and present.