Youth is Not Wasted on the Young--Not in This Year's Tourney!

If you caught the first of Saturday’s NCAA men’s basketball double-header I know what you saw. Youth—right? That’s a given in college basketball (and even more so with players being drafted after their freshman year). What you should say is "green leadership." Both teams were led by 33 and 34 year old coaches. Shaka Smart of VCU made his first Final Four appearance. The opposition was led by a man who probably gets carded anytime he's not wearing his glasses. Brad Stevens and his Butler Bulldogs returned to the Final Four; they play in the championship game on Monday! 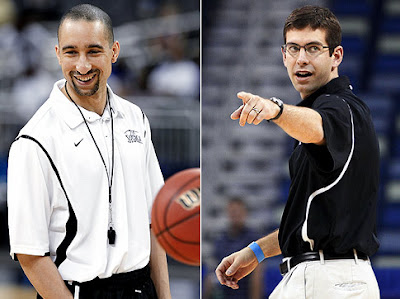 And inexperience seems to be paying off these days. An interesting piece from the "Wall Street Journal" raised a question, many people have been asking in March Madness Who Says Experience Matters?

The key to surviving the madness of March, supposedly, is experience. Having senior leadership and players who have "been there before" is often the difference between the teams that wilt in the NCAA tournament and those that move on.
This is college-basketball dogma. But this year's tournament, with a cascade of upsets of senior-laden teams and late-game blunders involving veteran players, is forcing a reevaluation. It might just be that experience is overrated.


I contend it’s not that experience is overrated, but rather that youth is underrated. Wisdom, after all, can be found from a multitude of sources, something that St. Benedict acknowledged when he urged an abbot at a monastery to solicit the opinion of even the youngest member of the community: “By the Lord’s inspiration, it is often a younger person who knows what is best.” 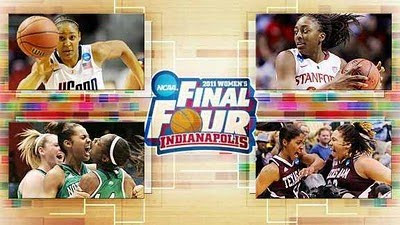 Prior to the Connecticut vs. Notre Dame women’s basketball Final Four game, the media coverage featured, almost exclusively senior forward Maya Moore. No one would have thought sophomore point guard Skylar Diggins knows best. Indeed More held her own she scored 36 points, putting up the third-highest total in a national semifinal. But, it wasn’t enough for a Huskies’ three-peat. Instead, Diggins led the Irish onward to victory with 28 points. This is her first Final Four and championship appearance.

1 Timothy 4:12 tells us Don't let anyone look down on you because you are young, but set an example for the believers in speech, in life, in love, in faith and in purity. I heard Diggins speak after the game and she was full of poise, joy and class. In her personal blog she wrote about her love for her teammates and faith in them.

These young players and young coaches—it is exciting to think of what they have achieved with the Lord’s inspiration. It’s easy to look down upon youth and chide them for their lack of experience or purported wisdom. But if there’s one thing this March Madness has made clear, it’s that youth really is NOT wasted on the young.