Sportsmanship 101: Fundamental of the Game

I hated seeing the Notre Dame Women’s basketball team lose the National Championship to Texas A&M. But, I am more upset that Skylar Diggins, sophomore guard of the Lady Irish left the floor without shaking hands with the Aggies. 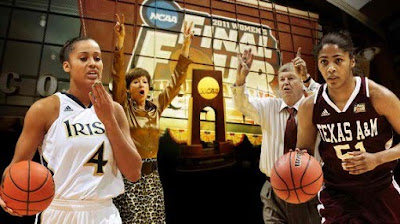 As point guard, Diggins has considerable power on the court. She is the offensive orchestrator, creates plays and drives the ball. And yet this tourney revealed that her social power is significant. Through social media like Twitter, her own personal blog and photogenic self, Diggins became the face of the team. This dual axis of power reminds me of the now overused but truthful line from Spiderman: “with great power comes great responsibility.”

Diggins had a responsibility as a leader on her team to acknowledge the feat of her opponents with class and composure. As a member of a university that seeks to cultivate in its students…an appreciation for the great achievements of human beings, she had a duty represent its mission. Who would want to say, “We are ND” after that? 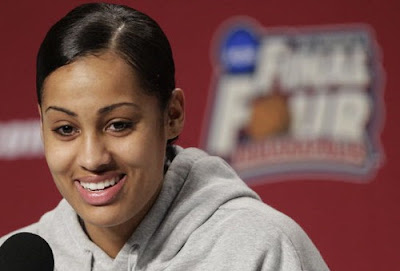 No one will second-guess that Diggins wants great responsibility during the game. Undoubtedly, she was upset because she had a costly turnover late in the game. But it’s no excuse for her behavior. Sportsmanship 101 dictates thanking and congratulating your teammates and opponents despite the outcome. You may disagree, but as an athlete, coach and sports fan, I believe good sportsmanship is as fundamental to the game as passing, dribbling and shooting. In the same way that those skills are tested at the high level during a national championship game, so is sportsmanship.

I watch a lot of high school basketball games. Believe it or not, on of my favorite moments is just after the game is when players line up single file and shake hands with the opposing team. It may seem like a useless formality but I think this ritual reveals a whole lot. I believe it’s a snap shot that captures not only what just took place on the hardwood, but the character of a team and of each player.

For some athletes, this is the last thing they want to do. They may remain angry or upset by how they were treated, pushed or hit during a game. It may be a challenge to look at your opponent to say “good game” or “thanks” when temperatures are still high. Amazingly though, many do. I love to watch the moment when an opposing coach congratulates a player who has been double-teamed the entire game. Both parties know the challenge that was placed or taken. To me, the sign of ultimate respect is when these two exchange a hug. 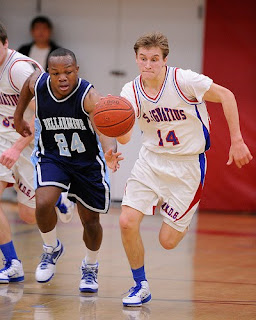 Never was I more proud of my former student, Varsity boys’ captain and SF All-City team player of the year Johnny Mrlik than after the St. Ignatius WCAL league playoff loss to Bellarmine. SI could have and should have won this game before a home crowd. When the ‘Cats lost, Johnny had tears in his eyes. He had to regroup and walk back a few steps before he could get in that line to shake hands with the Bells. I want my favorite player and best athlete to feel totally disappointed. Despite age and gender, I want a loss to bring tears to an athlete’s eyes. But I also want him or her to have the chutzpah to stay in that line and demonstrate good sportsmanship.

I wish I had seen a Notre Dame team, laden with talent prevail. I wish I had seen the face of the team with tears in her eyes and every bone in her body aching with pain and disappointment shake the hand of the Aggies. Instead I saw the words of local sports talk radio host Damon Bruce come to life: “sports don’t build character, they reveal it.” 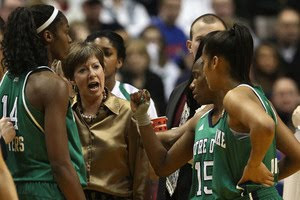 Notre Dame coach Muffet McGraw was asked if she would talk with Diggins down the line and help her gain perspective about her success and her disappointment in Indianapolis. "I think it's going to be a while for her to get that perspective," she said. "I think she's extremely hard on herself. And she will spend the entire summer, I'm sure, thinking about this game. And that's probably a good thing for us." I hope she also spends the entire summer thinking about Sportsmanship 101.