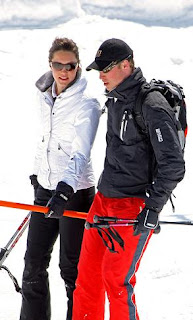 I can’t tell you how many women have confided in me these very words “I’m secretly obsessed with the royal wedding.” It’s not a secret ladies, a great many of us share your sentiment. Please don’t apologize or feel the need to explain yourself. It’s a fairytale wedding. If you were to script one, this would set the standard.

Beautiful (understatement) and admirable bride-to-be weds long time friend and beau, the handsome and soft-spoken prince. His life story may be one of opulence and privilege but we know it’s colored by tragedy.

And we love Kate and Wills’ story. Classmates at University of St. Andrews in Scotland, they were friends for a year before a romantic relationship developed between them. As much attention as the tabloids put on the of the beginning of their relationship (the Prince saw her in a new light after watching her strut her stuff, dressed in a bikini for a charity fashion show), I think it’s more important to emphasize what has sustained it in their 8 years together. And from what I understand, a common love for winter sports has played a significant role in that. 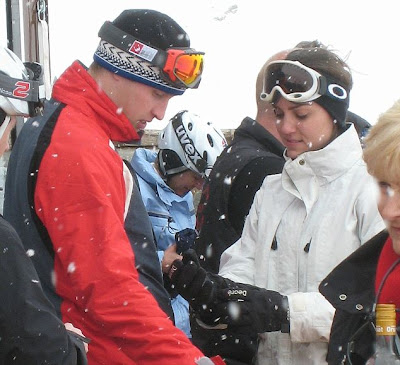 Take one look at the lovely Miss Kate, and it’s obvious that she is an athlete. She ran cross country and played field hockey in Marlborough College, a boarding school. And for every photo of Prince Wills participating in charity work or flying for the RAF, you will find one of him playing polo or rugby.

Together, Kate and Wills love to ride bikes but they most especially enjoy a ski holiday. I contend, even as a non-skier, that no other sport builds and nourishes a relationship in the way that skiing does..

To ski is to engage in a physical challenge while surrounded by God’s beautiful creation. The Pope, himself an avid skier in his younger years, has advocated the mountains as a great place to be, saying, “This is an environment that in a special way makes us feel small, returns us to our true dimension as creatures, makes us capable of asking ourselves about the significance of creation, lifting our eyes to the top, opening ourselves up to the Creator.” What a wonderful setting to develop a loving relationship. 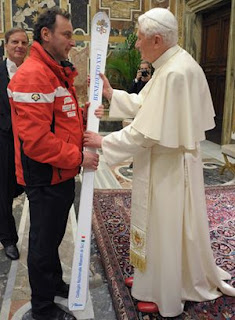 One can spend the entire day skiing, and people who love to ski want to do that alone. For as much active time as there is skiing, there is considerable down time: sitting on the ski lift, making the trek to the ski lodge, amassing and assembling ski gear. You may learn something about someone by the way they ski, but it’s the added dimensions of the sport that reveal someone’s character. Pope Benedict added, “In all sporting activities, a person understands better that their body should not be considered an object ... but that it allows them to express themselves and establish relations with others.”

I see it as a positive, that Kate and Will take great joy in sharing a physical activity that is healthy, challenging and well for all intensive purposes—normal. So much of their lives is not normal. Skiing is a sport of privilege but it’s something millions of people enjoy.

And make no apologies or excuses for it. Millions of us will watch and enjoy the nuptials of the happy young couple. We will enjoy it because of the pomp and circumstance, the ritual and tradition, the pageantry and more. But ultimately, we’ll enjoy it because of the bride and groom—a young couple to unite in love and friendship. I hope they ski for many years to come!