The Joy and Light He Brings: Four Lessons from Frances Tiafoe

Serena Williams has never been one to let the spotlight shine elsewhere. I dare say that one reason she defied the expectations by making it to the Round of 16 in  the 2022 U.S. Open is because a larger story was brewing. While sports fans everywhere followed her quest for her 24th Grand Slam title, they fell is love with another black American tennis player: Frances Tiafoe. 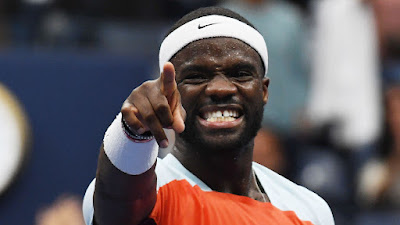 The 24 year old from College Park, Maryland defeated Rafael Nadal only to lose in five sets in the semifinals to Carlos Alcaraz. All of sport is buzzing about his remarkable personal story. The son of immigrants from Sierra Leone, Tiafoe's father worked as a day laborer and the maintenance man at a tennis facility. He converted an office into a home where Frances and his twin brother Franklin could sleep five nights a week (as their mother was working two jobs). Tiafoe turned pro at the age of 16 and is the first black man to make it to the semifinals of the US Open since Arthur Ashe, in 1972. He was a fan favorite inside Arther Ashe Stadium.

He got social media shout outs from the likes of LeBron James and and a visit from the former First Lady, Michelle Obama. He was the subject of CBS Evening News at night and Good Morning America in the a.m. He didn't steal Serena's thunder, but he certainly shared the spotlight.

After asking him to flash his winning Strahan smile, Robin Roberts concluded the GMA Cover Story interview with Tiafoe by thanking him. She said "Congratulations Frances. Thank you for the joy and the light you bring." I was so moved by the interview, I decided I had to write about him and offer five lessons I've learned from his life.

It telling his son you pen your purpose, he reminded Frances that how we respond or react is our choice. Ultimately, that is what shapes our story.

I love his message. Every last part of me wants to agree 100%. I think it's more true that false. Frances Tiafoe is an example that it is. What do you think? 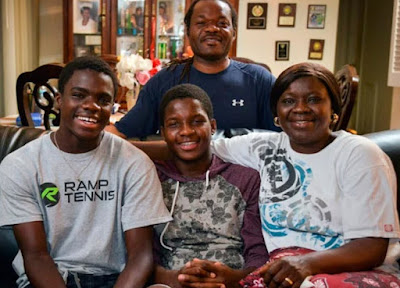 2. Mindset
Frances' parents encouraged him to play competitive tennis to pay for his college education (in earning a full scholarship). Frances however had other dreams in mind.

He said, "how about we let tennis change our lives—forever!" He added, "having that mindset at a young age enabled me to do that now."

Mindset determines the course of action—what we would do and why we  do it.

In Frances, I am reminded how important it is to dream big. His parents had a vision of what could be and he looked beyond. What an outlook! What has your own mindset determined for you? How do you see what you want to achieve?

3. Prove yourself right
So often we start from the place of proving others wrong, but given his mindset, Frances focused on proving himself right. His father said "there will always be people who don't believe or are laughing at you when you're wearing the hand-me-down stuff." He asked his son "are you going to fall into that or develop that underdog mentality?! Prove yourself right!"

I love this outlook. Accentuate the positive. Eliminate the negative. Why not!

Is there something that you want to prove to yourself? 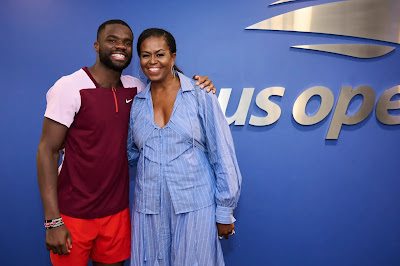 4. It's not about where you are now...
Roberts asked Tiafoe what he would say to others who might find themselves in a similar situation.

Frances responded by sharing "the biggest thing is understanding—it's not about where you are right now, but where you are going. Live through that process and in having dreams that people laugh at—that don't seem realistic at all—everything you do is about chasing that dream. Understand what your gift is and fall in love with your passion.

I wonder how many of us actually know where we are going. Perhaps that is half the battle. But if you "fall in love with your passion," my sense is that you have the fuel for the fire. Go for it.

Conclusion
There is a joy and a light that surrounds Frances Tiafoe. I saw it for the first time in 2017, when nearly defeated Roger Federer in the first round of the U.S. Open. (Fed won  4-6, 6-2, 6-1, 1-6, 6-4). It was hard not to notice this great athlete and catch wind of her personal story. As noted in "The Players Tribune: Something Bigger" it's safe to say, Frances to say "you belong" is an understatement. We are so much better for it.

Posted by Anne Stricherz at 9:28 PM