Thank You, June: Finding, Coaching and Teaching the Intangibles

Although I am a long ways away from retirement, I get a small taste of it every June. After graduation, I close my grade book and a shift begins. Though I am still working on campus, it's at a much different pace. Sporting comfortable summer clothes, I have conversations with my colleagues no longer defined by the bell. This time together is both restorative and rejuvenating. I sure hope retirement is no different. 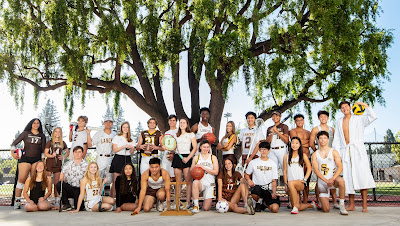 I came back from lunch and decided I would return the cross and anchor figure/ statue to its home in the football office. (The cross and anchor is the symbol for Holy Cross, who founded St Francis High School. This figurine travels! One will find it in the end zone at a football game, on the scoring table in the gym and in the photos of many athletic teams). I walked in to see that coaches had already been hard at work. I placed the heavy cross and anchor on its perch and heard "Hi Anne."

During the school year, not all encounters are welcome. It sounds terrible but when you have to get to class or coach a match, any distraction can be problematic. Not in June.

I started talking to Dan a football coach and English teacher about our summer plans. We chatted about his son, the Saudi-back league: LIV Golf (it's more than just a creative name), Ireland and the football practice schedule. For whatever reason, in that moment time was inconsequential.

I don't understand the physics of time. I have a sense that it might be relative—which both retirement and June affirm. That sense allowed me to really enjoy the conversation and it gave me the opportunity to ask about one of his players.

St. Francis running back Viliami Teu won the Nick Dillingham Memorial Trophy for Athlete of the Year. He was first team all league, the Bay Area News Group's Player of the Year and the list goes on. 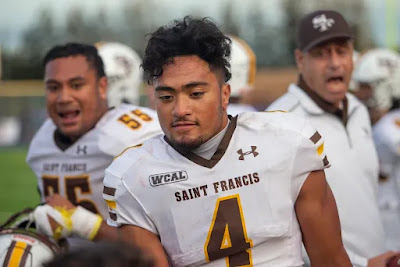 As written in the San Jose Mercury News, "Teu, whom his friends call “Juju,” ran for an average of 184.3 yards per game. He finished with 2,211 and scored 28 touchdowns. Along the way, he broke the West Catholic Athletic League’s single-season rushing record with 1,449 in seven league games."

These athletes don't come along every year, every five or ten; they are not to be taken for granted. I asked Dan his thoughts on how Juju might do next year at San Jose State University. I worry, Is he big enough?  and then I asked him a question I love to ask coaches. Why was he that good?

Most people know how fast and shifty Juju can be on the field. He has to be--he's a running back. But instead, Dan started to describe Juju's vision. He said it was unlike anything he had ever seen (pun unintended). Juju's vision allowed for the coaches to create news system for blocking, running routes, etc.

When talking about vision in football, it's usually linked to the quarterback. But, I heard this attribute ascribed to Emmitt Smith and Walter Peyton. Enter in Juju. Interesting.

Dan admitted, "I don't know how to coach vision." He was searching to describe ways that he has in the past and how he has seen it. He noted the difference it made on the field and with this team. I understood its importance and wondered how anyone might coach vision. 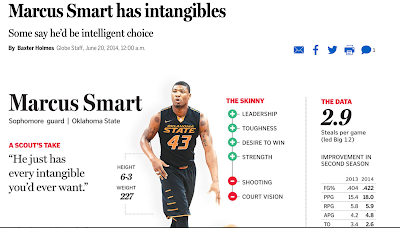 Great athletes have singular, specific intangibles that amaze and inspire coaches, teammates and fan. Such intangibles are seemingly impossible to coach. While some will name effort, attitude and communication as such intangibles, I like to think about the others: vision, toughness and sport specific intelligence. While they seem largely fixed, there is a path toward growth.

I love thinking about how to coach vision. How do you coach up the basketball IQ of a player? How can you get a player to take the heat and hit and play tough?

We can't wait for retirement to ask, discuss, discover and share these questions. We might find time in June to raise them, but they're too enjoyable, too interesting and engaging, too creative and energizing to wait.

I know this is what we love about summer—the days are longer and slower. I hope this season affords you with moments to talk to others about the intangibles in their craft and consider what attributes you find in the greats. And when summer moves to fall, remember—time is relative....

Posted by Anne Stricherz at 8:38 AM