Sport, Spirituality and Ukaine....Beyond our Prayers

On Friday, February 25 one day after the Russian invasion of Ukraine, one of my seniors asked me, "Will we be talking about Ukraine?" I said, "I'm not opposed to doing so, but I need some sort of connection to the curriculum." He nodded in understanding. 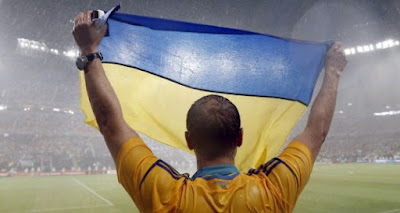 I teach Sports and Spirituality and often find an argument to teach about a wide range of  topics; this one however got me thinking...and guessing. I taught about Ukraine's history, people, leadership and the conflict in Moral Issues—a required course for juniors. No rationale necessary. But, this young man's question stayed with me.

I woke up on Saturday morning only to read on my social media feed that world boxing hall of fame prizefighter "Wladimir Klitschko and his older brother Vitali, are defending their country amid Russia's siege." Connection made. 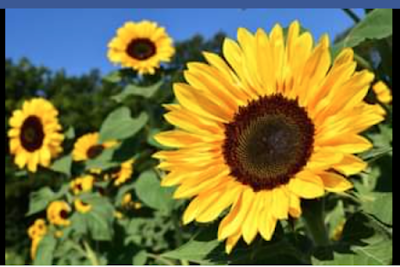 I named my presentation Sports, Spirituality and Ukraine...Beyond our Prayers. I included this image of sunflowers, the national flower of Ukraine on the cover slide. In a Religious Studies class, we are gifted with the opportunity to give voice to a person, place or cause through our prayer. And yet, my student's question invited me to go deeper. Thank you, Matthew.

The essential question of this lesson was not WHY we should talk about Ukraine; given what is unfolding in real time, I would like to believe "the why" is understood. Instead, I posited: How might we be able to talk about the Ukraine in Sports and Spirituality (strike through on the is intentional)?

To frame our conversation I had students discuss with a partner

Sharing prior knowledge set the stage for "the how." Encyclopedia Britannica proved to be an excellent resource for images, maps and historical photographs.

Somewhere along the way, I learned that teachers should use maps as often as they can. I began with this map of Ukraine and the following bullet points. 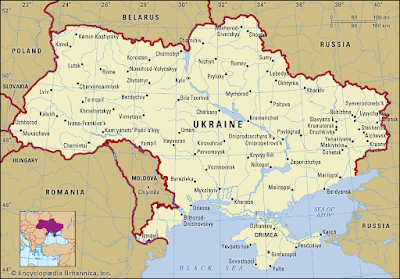 I began by explaining why we say Ukraine, not “the Ukraine.” The name of the country, Ukraine, means “borderland” in Slavic. My next slide included a larger map of Ukraine's location in the world, and as a borderland to other countries. Ukraine is home to 44.1 million people. By comparison, California is home to 39.5m It is roughly the size of Texas.

Given that it is a Religious Studies class, I shared a profile of the Religious Affiliations of those who live in Ukraine. For context, I showed their Ethnic composition first. 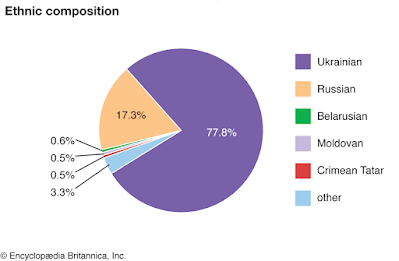 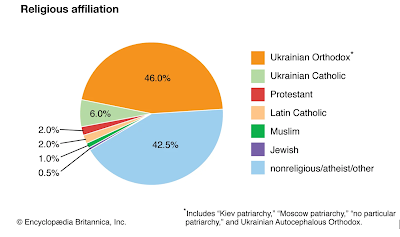 And with that, it was time to commence the connection to Sport and Spirituality!
Ukraine benefited immensely from the Soviet emphasis on sports and physical education, which left the country with hundreds of stadiums, swimming pools, gymnasiums, and other athletic facilities.
Popular sports in Ukraine include track and field, volleyball, shooting, basketball, swimming, and gymnastics. However, of little to no surprise soccer is by far the nation's beloved and favorite sport. Arch-rivals Shakhtar Donetsk and Dynamo Kyiv are two of the country’s most popular clubs. Of note, chess is also considered a sport. This claim made me question their definition of sport—a central question of the course. 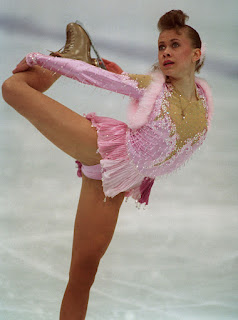 Sports fans of my generation will appreciate knowing Oksana Baiul who won the gold in women's figure skating at the 1994 Olympic Winter Games, in Lillehammer, Norway hails from in Dnipro, Ukraine. Though the target in many a Saturday Night Live skit, the stamp you see here—for her country and by her country—not the USSR, is a beautiful tribute to her talent and ability. 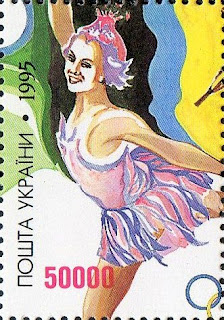 Support for the people of Ukraine and opposition to Russia's invasion, moved beyond social media and onto the field, inside stadiums and more. As noted on CNN "Football fans around the world have been showing their support for Ukrainian players following Russia's invasion of Ukraine last week, with Manchester City's Oleksandr Zinchenko and Everton's Vitaliy Mykolenko also receiving an ovation when they faced off at Goodison Park on Saturday."
But the moment that captured hearts and minds far and wide was when "Benfica's Ukrainian forwardRoman Yaremchuk was moved to tears after receiving a standing ovation and the captain's armband when he came on as a substitute against Vitoria in a Portuguese league game." This gesture of solidarity is worth watching; it's hard not to tear up, too.

I concluded this lesson with the story that caught my attention first. 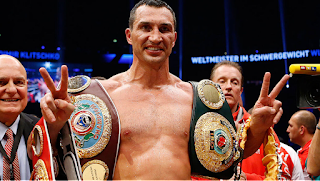 Born 3/25/76, Wladimir Klitschko stands 6'6" tall and weighs 245 lbs. A heavyweight boxer, he was elected into the International Boxing Hall of Fame in 2021—his first year of eligibility.
Known for his exceptional knockout power—using a strong jab, straight right hand and left hook, and quick hand speed—his athleticism, as well as great footwork and mobility, are unusual for boxers of his size.
His older brother Vitali is not only a heavyweight boxer, he is the mayor of Kyiv, since 2014. Both men hold PhDs in Sports Science and have earned the monikers Dr. Ironfist (Vitali) and Dr. Steelhammer (Wladimir). Like good sons, the two men never fought each other—at least publicly— as a promise to their mother. 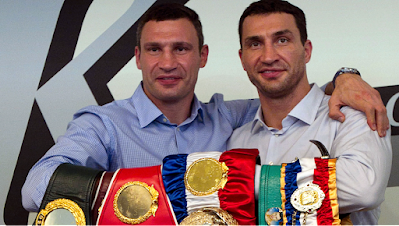 Klitschko has already left a legacy of giving back to his people. For example, in March 2012, during a charitable auction, Wladimir auctioned off his 1996 Olympic gold medal to a buyer who bid $1 million.
The boxer said he would use the money to help the dreams of thousands of Ukrainian children.
After the sale, the buyer immediately returned the medal out of respect for Klitschko and because he wanted it to remain with the Klitschko family.
In February, both he and Vitali joined the Kyiv Territorial Defense Brigade (a military reserve component of the Ukrainian Armed Forces). They have pledged to fight to protect the capital of Ukraine, Kyiv, through armed forces, and are willing to die for the cause. Heroic? yes. Tragic?absolutely.
We live in precarious times. We know not what is to come for the people of Ukraine. Thanks be to God we have sport as another means by which to launch the conversation and spirituality as a pathway to call for continued prayers for peace.
Photo Credits
Fan with flag
Maps, Graphs and Figure Skater
Stamp
Posted by Anne Stricherz at 12:22 PM

Email ThisBlogThis!Share to TwitterShare to FacebookShare to Pinterest
Labels: Ukraine