Victories and Take Aways from the 2020 PGA Championship

The 102nd PGA Championship came to a close and golf has a new major champion. The 23 year old Collin Morikawa of Los Angeles, California bested a competitive field by posting a bogey free 64 on his final round to finish 13 strokes under par. Sports fans were thrilled to have live sports and golf fans in particular will take all we can. These are a few of the insights gained from watching the first and hopefully not the last major of the year. 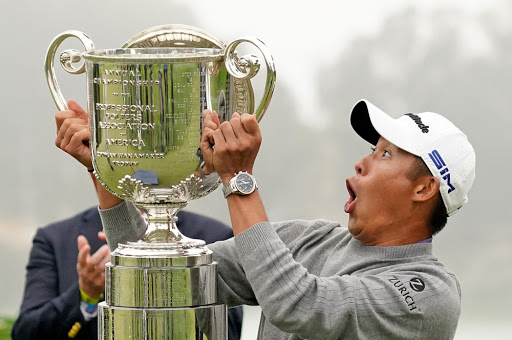 Thank you, San Francisco
For the past week, I have felt as though I were hosting a party that I could not attend. Worse, I was unable to invite family or friends to join in the fun. It's not often that a major championship comes to the very place where you live; the last one took place in June 2012 when the Olympic Club was the site of the 112th US Open for men. The good news is we don't have to wait too long. The US Women's Open will be at Olympic in June 2021. God willing, we will have fans in the stands, along the fairways and beside the greens.

I'm not sure about you, but I don't like missing out. To think about what could have been is never a good idea. Instead, I delighted in the messages from friends and family members who reached out during the tourney. Thank you! I do not take your words for granted. I loved reading your thoughts on how fantastic the course looked. No doubt the cypress tress, the setting on Lake Merced, and the very fact this public course is located inside of San Francisco makes this venue stand out. Yes, the weather is insane. Here we call it "Fogust" because this entire month has been gray and gloomy. The play on the course and your appreciation of it, made it better. 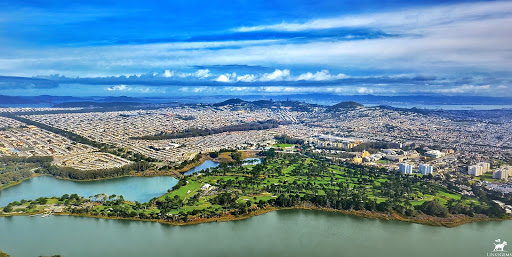 When you live in the city, it's easy to look down instead of up and out. Everyday I see homeless folks in tents, holding up signs and in need. The streets are littered with shards of glass from the cars that get broken into. Boxes are strewn across sidewalks, left behind by person who has stolen a package from its rightful owner. Watching the PGA Championship however, provided a much different point of view. From the blimp, I saw the beauty of the west side of San Francisco, the majesty of downtown all but seven miles away, the glory of the Golden Gate bridge just north and four championship golf courses in a 5 mile radius. How many other American cities can stake this claim?

As much as I wish things were different, thank you San Francisco for serving as a wonderful host and offering all of your guests a week of beauty.

The Footprints of Fans
As a sports fan myself, we always want to believe we make a difference. COVID has only confirmed that we do.

For example, the English golfer Paul Casey said, "I've actually really struggled with not having fans out. I've really missed it, plain and simple. I've felt I've not been able to sort of just get the excitement going, lacking energy and all that goes with having fans at a sporting event at a golf tournament, I just genuinely miss it.” He wasn't the only one. In his closing interview, former PGA champion Jason Day noted the impact fans have, especially during the final round. Thank you! 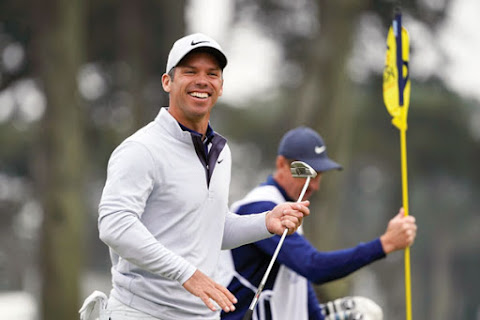 Though golf is not the finest spectator sport, fans add more than psychological benefits. Their presence adds practical value, too! For one, golf fans help a player find their ball on the course. With the wind and tree lined fairways, both spotters, marshals, players and caddies all struggled to reclaim that 1.68 inch ball at Harding. Thousands of fans means thousands of eyes on a ball and where it lands. Second, fans leave footprints—and these help on a course known for its punitive rough. The weight of fans is a welcome thing—literally.

But we fans are resilient. We found new places to watch—I was able to meet up with several of my golf gals in one friend's girl cave—and take in the action. And one group was christened, The Harding Park knothole gang. I wasn't surprised in the least when I heard fans gathered to peer through the chain link fence along Lake Merced Boulevard.

As written in the San Francisco Chronicle, "The only spot on the course where outsiders can peek in is from a 300-yard stretch of fence running along the sidewalk that is popular with strollers, joggers and cyclists. 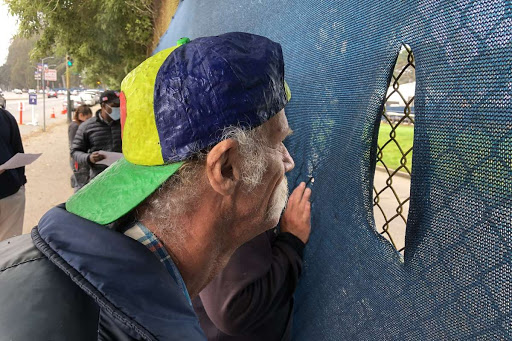 And, at least some of the golfers noticed the strange gallery. Jason Day said, “On 12 tee, they’ve cut the tarp or the actual screen that we have up, and they’re watching through the actual fence. It is unfortunate that we can’t have fans.” People watching the streaming telecast might have been surprised to hear shouts of “Go Tiger!” from the rogue gallery off camera."

Yogi Berra once said "If the people don't want to come out to the ballpark, nobody's going to stop them." As evidenced by this crew, the knot hole gang, the PGA Championship has a much different story.

In Defense of DJ
I am sure that Dustin Johnson has little to no need for me and my defense. I'm not sure any white man does either, as we learn more about racial injustice. However, far too often when people—especially golf fans—speak of DJ they never fail to mention how stupid he is. I won't mince works here because these people aren't either. Whereas I might say he does not give the most loquacious interview, others say "he can't string two words together." Or, "he's just dumb. Dumb as a rock."

Maybe it's the educator in me, but I would never describe another person that way. I see Dustin's intelligence every time he plays golf—his hand, eye coordinator and what he can do on the course requires incredible thought. I have read he is also a great basketball player. Though I did well in academically, I struggled mightily after school on the hardwood. I was never able to figure out the plays that my team was running or that we were running up against. My intelligence is different than his. I find value in both.

For some reason, people are very comfortable being derogatory about their perception of his IQ. You might not agree, but I believe if Dustin was a person of color, people would not speak of him the way that they do. I think this needs to change. 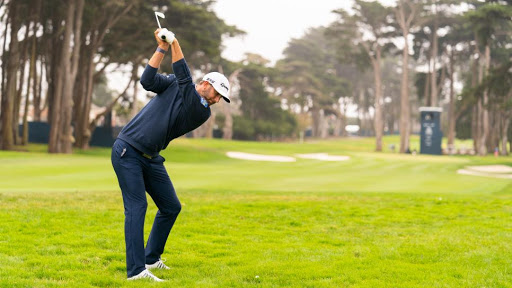 Sportsmanship at its finest
At one point, there were eight players tied at —10 under par. I was watching and wondering what type of playoff this major would have. And then Morikawa did the unthinkable, using a driver on 16, he drove the green and putted it in for eagle. With that bold, championship move, he pulled ahead to secure the W. But as this happened, a number of those players in contention finished their rounds. As they did, the smiled. The stood on 18 and looked relieved  and grateful. DJ, chipped in his shot on 16 for birdie, only to raise a finger to say "yes." He birdied again on 18 but it wasn't enough. Each interview—Johnson and Casey who tied for second, Finau and Day who tied for fourth were gracious and sincere. Paul Casey had respect for his own game, for the game of golf and especially for Collin Morikawa's stellar performance. When the players finish a tournament like they did today, one can only conclude that there were numerous champions today.

Thank you Harding Park and to the PGA, the players and their families for allowing the first major of the year to go on in a world that needs.....a victory. 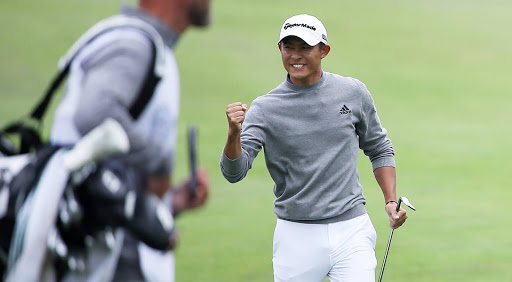