The Right (and Wrong) Summer Reading

I never get summer reading right. That idyllic book on the beach, the one you pack for poolside leisure? Somehow I didn't get that memo. I can recall my trip to Puerto Rico when and where I read "Native Son" or my sojourn to Spring Lake, NJ when I read about the financial crisis of 2007-2008 in "The Big Short." Why didn't I just go with light reading? chic-lit? or even a dark mystery like "Gone Girl?!" This summer, the only trips I have taken are local ones, to different golf courses. I haven't spent time at the beach or anywhere that exotic, unless Sacramento counts. But, my reading habits are just the same. And, I am happy to report that has served me well in my new role as assistant athletic director and in the classroom. 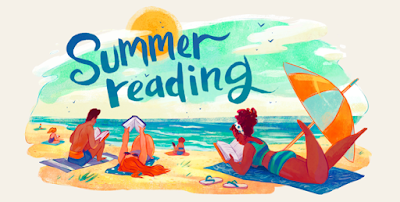 I continue to undertake the hard stuff. I don't mean that what I read is dense, complex or uber challenging. Rather, the stories and their reports are both emotionally and spirituality taxing. I have always leaned toward non-fiction and these books reveal truths we all need to grapple with, discuss, debate and understand. They challenge my values and assumptions. They don't hold back. 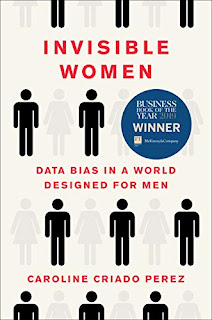 For example, right now I am reading Invisible Women: Data Bias in a World Designed for Men by Caroline Criado Perez. It's fascinating. This text suggests that we treat men as the default human and women as atypical, skewing data and thus our decision-making and thought processing. This text cites research that reveals the root causes of inequity, the dangers of misrepresentative data, and how to combat the idea of a “default person.” For example, this anecdote gave me pause to think more about how women are represented (or not) in the wide world of sports.

In 2013, British tennis player Andy Murray was lauded across the media for ending Britain's 77-year wait to win Wimbledon, when in fact Virginia Wade has one it in 1977. Three years later, Murray was informed by a sports reporter that he was 'the first person ever to win two Olympic golf medals' (Murray correctly replied that 'Venus and Serena have won about four each'). In the US it is a truth universally acknowledged that its soccer team has never won the World Cup or even reached the final—except that it has. Its women's team has won four times."

Andy Murray got it right. So did the Williams sisters! This book was one of several offered by the Social Justice, Equity and Inclusion Book Club at St. Francis High School where I teach.

I finally finished Enrique's Journey: The Story of a Boy's Dangerous Odyssey to Reunite with His Mother by Sonia Nazario. Based on the Los Angeles Times newspaper series that won two Pulitzer Prizes, Enrique’s Journey recounts the unforgettable quest of a Honduran boy looking for his mother, eleven years after she is forced to leave her starving family to find work in the United States. Braving unimaginable peril, often clinging to the sides and tops of freight trains, Enrique travels through hostile worlds full of thugs, bandits, and corrupt cops. 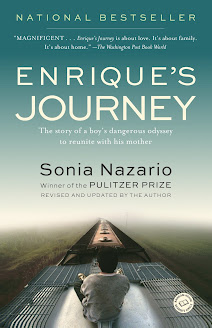 I heard the author give a presentation on the book and I still cannot forget her testimonial. She admitted that after she wrote the book, she had to undergo extensive psychotherapy based on what she heard and learned. I am so glad she did; I would too. I found myself thinking about his struggle and the challenges of migrants throughout my day.

Reading this book was not easy, primarily because I read it alone. If I were reading it for a class or with a book group or in my parish, I would have the mindset that others were carrying this burden too. Instead, I turned to prayer ... alot. I continue to think about the plight of migrants.

That experience fueled my conviction that if I am to undertake a book that pertains to social justice, the strife for equality, the cries of the poor, the plight of the underserved—especially in my free time— then it needs to be with others. I need a "shared read" or book group. I thrive in a classroom (pretty sure that is why I teach), so I am in search of a virtual one, one with my colleagues, my parish, etc.

The athletic director at St. Francis invited all coaches to read "Things that Make White People Uncomfortable" by Michael Bennett. I am leading what is to be a shared discussion and I'm looking forward to what other coaches have to say. 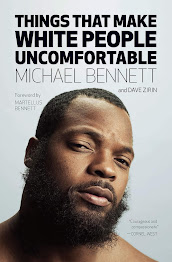 Because I read it for the purpose of group discussion, my energy, my emotion and focus had a place to go. This was an asset because as far as I'm concerned the author, succeeded in what he aimed to do. As a rower, I was always told to get comfortable with being uncomfortable. That motto sounds great. The ideal behind it is right. However, it's not easy. I know Bennett would agree.

So consider what other "tough" reads you want other coaches, colleagues and friends to share.

The Discussion Guide will be posted tomorrow!

Posted by Anne Stricherz at 7:59 AM