A Sports Fan's Take on the Olympic Games

When asked if I enjoyed the 2016 Summer Olympic games, my immediate response was a loud, sincere “of course.” However, if you knew my viewing patterns and how little I actually watched, you would think otherwise. So, what gives?

I enjoy the Olympics for something other than the fact that it showcases the world’s greatest athletes on the highest stage. Or, that certain sports —swimming and diving, track and field and gymnastics— get the attention they so deserve. My love for the games isn’t even out of appreciation for the outstanding traditions that come with it—the Opening ceremonies, the lighting of the Olympic torch or the valiant theme song.  And who doesn’t want to cheer for Team USA? 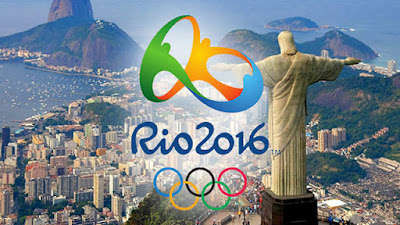 No, the reason I so enjoy both the Winter and Summer Olympics is because the spirit, the enthusiasm, the questions and quandaries, challenges and complaints that fill the airwaves resonate with those I hold about sports on a regular basis. Every single day, I want to talk about sports with others and share what I have seen and heard. The way that people feel during those 21 days of the Olympic fortnight is how I feel 365 days a year.

Like the NBA Finals or the NFL under Commissioner Roger Goodell, the Olympics is far from drama free. Whether it’s the sheer corruption of the IOC, the quandary of how much money a community must spend to host the Games or the sexist language and coverage throughout the 21 days, the so-called joy of sports isn’t blind sighted, there is always more than enough to improve and do right in the future.

And as sports is wont to do, a ridiculous story too often fills the airwaves. From the moment Ryan Lochte cried wolf in tweeting that he was held up at gunpoint. I was reminded that Olympians are like anyone and everyone we know. Some are exceptional human beings…and others, well “jackass” seems to be an appropriate descriptor.
It’s true, every Olympic games brings athletes to the limelight. Whether or not it’s individual competition or a team sport, the narrative of the games is colored by their rise to glory or fall from grace. We watch in anticipation of what will be…

as great as dark horses can be, the Olympics are like March Madness.. We like Cinderellas and upsets, but in the Final Four we want the big names.. We want to see the greats be great. And the interest in the biggest names is what ultimately drives coverage. Unlike some sports where we want to see the dynasties crumble, it was gratifying to see the Phelpses and the Bileses of the world dominate.

The achievements of the greats stays with us beyond the medal stand, because their talents, efforts and the stories of their lives, give us much to consider.

For example, while reflecting on the success of Michael Phelps, I found myself believing that he needed these games…and then I paused. I turned to a friend and said “maybe we needed him to have these games.” Sports and the Olympics in particular make us consider new questions, And what I love so much about sports are the ever new, ever unique questions they invite me to so this on a regular basis.
I know my own father had never considered crew an exciting sport. However, having read and adored “Boys in the Boat” he couldn’t wait to watch rowing. He saved both the US men’s and women’s race for me to watch. As we watched it together, he asked me about my experience as a rower at Notre Dame. Though I once coached this sport and traveled throughout the country with my fellow Irish oarsman, prior to the 2016 Olympic games, I don’t that my dad had ever once asked me a technical question about crew. He wanted to know where I sat in the boat. Did I row port or starboard? And why did I switch from port to starboard during my juionr year? In our conversation, I was reminded that the gift of the Olympics is like the gift of sports—there is always more to learn, consider, connect to and figure out.

I was 10 years old when the Olympics took place in Los Angeles.. I was able to stay up late night to watch Mary Lou Retton, Edwin Moses and Carl Lewis, because the competition took place in the summer, my favorite time of year. I was just old enough to comprehend—beyond the feats of great athletes—the spiritual nature of the games. 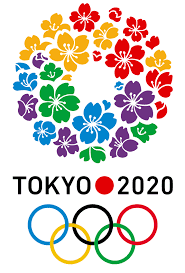 Perhaps the seed of my love for sports, planted by my dad, was beginning to grow and take root with those Olympic Games. Though I don’t watch as much of them as I did in 1984, my appreciation for what they offer the world is something I can’t help but enjoy. And the best part about it all is that, the joy of sports does not have to end with the closing ceremonies….we have a pennant race going on here in San Francisco. Football fans know we are less than a week away….St. Ignatius girls golf has try outs this week. Play Ball!!