Ten Things You Ought to Know About Serena Williams: Part I 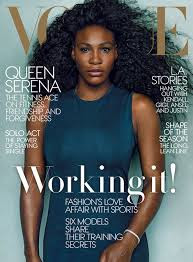 Unless you haven’t been paying attention, tennis legend Serena Williams is everywhere these days. She appears on the August 31st cover of Sports Illustrated, Vanity Fair, Vogue, Ebony, ESPN's body issue, a feature piece in the New York Times Sunday magazine and more. She’s been on Good Morning America, Sports Center, and ads for products like Gatorade and Tampax. She is the subject of intrigue, debate, and controversy. Is she on the juice? Is she dating Drake or not. Will she be named Sports Illustrated’s prestigious Sportsman of the Year? Serena is in the spotlight; she wouldn’t have it any other way

There is so much to consider and discuss about arguably the greatest female in all of sport today. Most stories will point to the fact she earned the “Serena Slam” when she captured her 21st Grand Slam title at the 2015 Wimbledon. She is now competing in New York at the US Open for what could be the first calendar Grand Slam since Steffi Graf won it in 1988.

With this posting, I would like to contribute to the conversation, often known as #BeSerena, by pointing out ten things—that if you dig a little deeper are what makes her utterly fascinating to me. 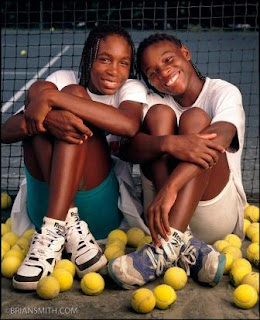 1.     She was never supposed to be this good.
Before they were born, Richard Williams devised a plan—one he committed to writing—outlining how his children would become the number one tennis players in the world. Much could be said about the plan, what it involved, etc, but one simple truth emerged from it. Although he worked with both Venus and Serena, Richard invested more of his time and energy into Venus’ game.

However, Serena’s mother, Oracene Price worked with Serena in a way Richard Williams did not. This combination allowed her to develop a game that suits her athletic ability and her mental game.

She has one of the strongest, fastest serves in tennis. She hits great drop shots to her opponents. She lets her passion be her aggression. Watch her game. She makes me want to be a better athlete.

2.  No one is more inappropriately named in all of sport.
Venus is a striking image of the beauty her name suggests. She stands 6’1” and her features are fine and delicate. Her thin frame and long legs only characterize what is classically appreciated as a feminine mystique. Her own personality is much more serene; her voice is calm and her laugh is gentle. Serena, on the other hand, claims to have multiple personalities. The one who has berated the line judge is known as "Taqnanda." 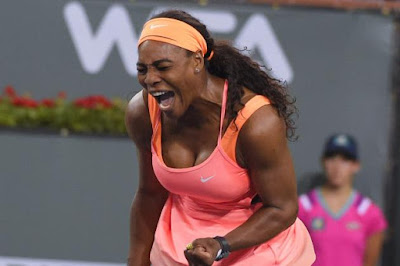 As stated in the article, "The Meaning of Serena Williams," Claudia Rankine writes:


She will tell an audience or an official that they are disrespectful or unjust, whether she says, simply, ‘‘No, no, no’’ or something much more forceful, as happened at the U.S. Open in 2009, when she told the lineswoman, ‘‘I swear to God I am [expletive] going to take this [expletive] ball and shove it down your [expletive] throat.’’ And in doing so, we actually see her. She shows us her joy, her humor and, yes, her rage. She gives us the whole range of what it is to be human, and there are those who can’t bear it, who can’t tolerate the humanity of an ordinary extraordinary person.


There is no more exuberant winner than Serena Williams. She leaps into the air, she laughs, she grins, she pumps her fist, she points her index finger to the sky, signaling she’s No. 1. Her joy is palpable. It brings me to my feet, and I grin right back at her, as if I’ve won something, too. Perhaps I have.


3.  Just how good is she?
In “It’s Hers to Lose,” Jon Wertheim points out “The points gap separating Serena from No. 2 female tennis player in the world Simona Halep is greater than the points gap between Halep and the lowest ranked player on the tour.” #Wow

4.  Serena Continues to remake US Open history
For the first time ever, the women’s final at the US Open in Flushing Meadows NY sold out before the men’s final. Tennis fans are hoping to get a glimpse of sport and Serena history. Serena also made US Open history when she played her elder sister of 15 months, Venus in the 2001 finals. Consequently, their match was moved to Sunday night, for prime time television. It was considered "the most-anticipated tennis final in years." Venus won 6-2, 6-4. 5. Serena is tremendously disciplined
Her ascesis should not be surprising, but it was to her coach Patrick Mouratoglou. The evidence is captured in this blog posting: The Sports Journaling of Serena Williams: A Spiritual Discipline?

Posted by Anne Stricherz at 1:24 PM