The Story of Baltimore and Baseball

I will never forget when I first heard Greg Boyle an American Jesuit speak. I don't think he ever prepares his remarks; as a preacher and poet I guess he doesn't need to do that. He shared many truths and lessons gathered from his ministry. One special insight was this: "great stories come to those who can tell them."

As the creator and founder of Homeboy Industries, the single largest gang prevention in the United States, I believe no one is more worthy of those good stories. He is priest, poet and prophet. He was asked to pen "Tattoos on the Heart: The Power of Boundless Compassion" so that those stories could be shared beyond those who happened to hear him speak in church or at a convention.

In January, I heard San Francisco Giants CEO Larry Baer and manager Bruce Bochy speak at the Commonwealth Club in downtown San Francisco. It was strange, sitting inside a hotel ballroom next to people decorated in orange and black. That energy and enthusiasm rivaled that found inside of AT&T Park. But instead of gathering for a game, we bought tickets to hear them speak. But really, everyone in attendance was there for something different.

I listened with utter delight as Bochy and Baer told that story. I looked at both men and thought about Boyle's words in that moment. "Great stories come to those we can tell them." They are. And maybe there's something to be said for those who want to hear them. That's me.

Larry Baer said (more or less) "baseball is the most tribal of all sports. That's because we play so many games. And because of the pace of baseball, one that is slow in comparison to other sports, there is time and space during the game to talk about the players, stats, trends and more. And out of that, baseball has its own narrative. Every city and every community contributes to this narrative in a unique way."

I thought about his words today as a game was played in Baltimore in front of no one but two opposing teams, umpires and some security and staff. As tweeted out by the O's "After consultation with Major League Baseball, city and local officials, the Baltimore Orioles game vs the Chicago White Sox was closed to the public." 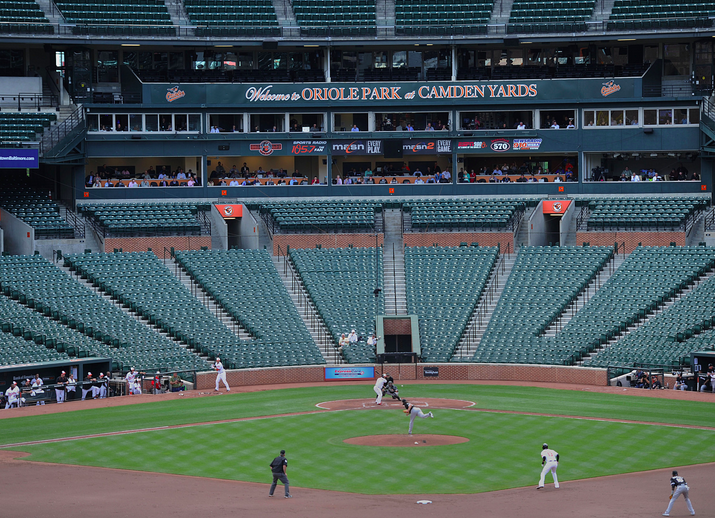 Although many of my students thought it was "cool" for the sheer fact that it had never been done before...and they, like many of us were curious to know what that looked like, I thought back to Larry Baer's insights.  Rather than come to any conclusions, I was left with more questions.

Look to those who can tell great stories, as they will have more than one to share. The story that is unfolding in response to the death of Freddie Gray, is one we must all listen to, pray about and learn from. The Orioles and their 5-2 win over the White Sox is but one piece of that puzzle. 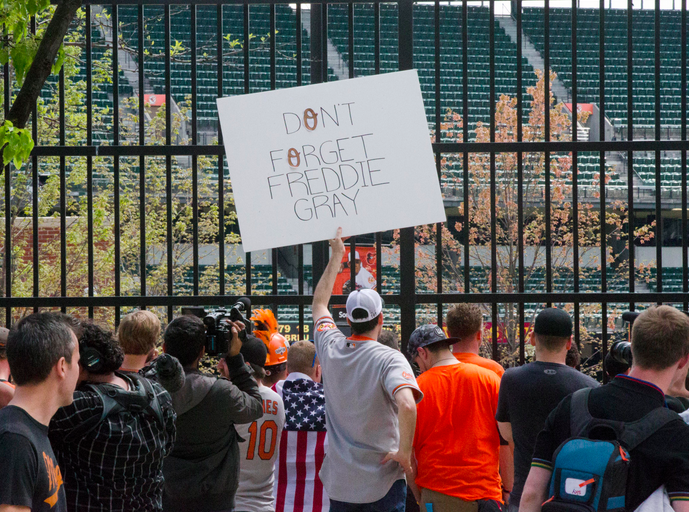 Photo Credits
Boyle
Winning
and thank you Alex for sharing! 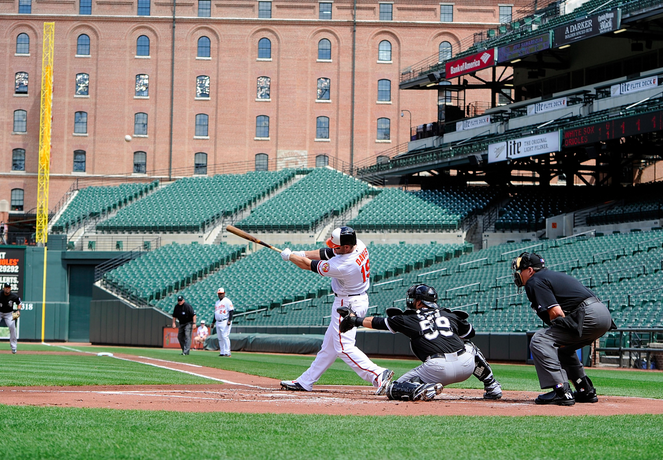 Posted by Anne Stricherz at 9:29 PM