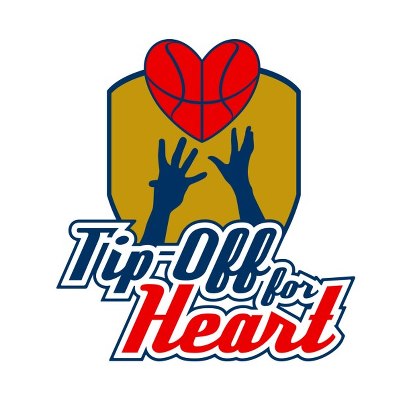 As someone with a serious heart condition, I was thrilled to read in "The Daily Domer" a weekly e-update, Mike Brey Partners With American Heart Association To Launch..an initiative that aims to raise awareness surrounding men's heart health.  An issue near and dear to me, his efforts commence with an event called "Tip-Off for Heart." I was impressed with the creative and active nature of the opportunity.

"Our coaches and support staff will run those in attendance through the stretches and drills our players work on, we'll have a nutritionist and a doctor on hand to give you helpful information, and we'll talk Notre Dame basketball."  I came to learn that "Participants will receive a hands-on experience while learning about nutrition, heart risk factors, tips on getting active and the game of basketball. The event will conclude with dinner in Club Naimoli with Coach Brey, where he will lead a film breakdown session with the group and discuss his support of the lifesaving work of the American Heart Association."

I thought to myself, I would love to attend that event.  It will be both informative and fun.  And then I read "The event is open to men only."

I paused.  Even if I lived much closer, I wouldn't be able to attend.  It truly is an evening for men's heart health.  I thought that was great.

I'm sure some people agree with me and others will think the gender discrimination is unfortunate.  But I wondered if men will act and talk in a way that is different because their wives, girlfriends, sisters, and daughters aren't there.  I'm ok with that.

I ask these questions on the first evening of my favorite of the four major championships of professional golf--The Masters.  Established in 1934, the US Masters is the only major played at the same course every year--Augusta National.  Its traditions are attractive--the green jacket to the victor, the white uniform of the caddie, as are its colors--the fuchsia of the azaleas against the spring green of the lush fairways.

And yet both its traditions and colors serves as symbols of its own discriminatory past.  In 1990, a color barrier was dropped as it no longer required caddies to be black and it finally admitted African-American members.  And until last year, the tradition of its membership (by invitation only/without an application), was limited to men.  A private club, Augusta is free to abide by its own rules, and those  rules maintained that women were allowed to play the golf course as guests, including on the Sunday before the Masters week begins.  Doug Fergueson of Huff Post Sports, reported that 'Martha Burk and her women's advocacy group first challenged the club 10 years ago over its all-male membership." Finally, on August 30, 2012 "In a historic change at one of the world's most exclusive golf clubs, Augusta National invited former Secretary of State Condoleezza Rice and South Carolina financier Darla Moore to become the first female members since the club was founded in 1932." 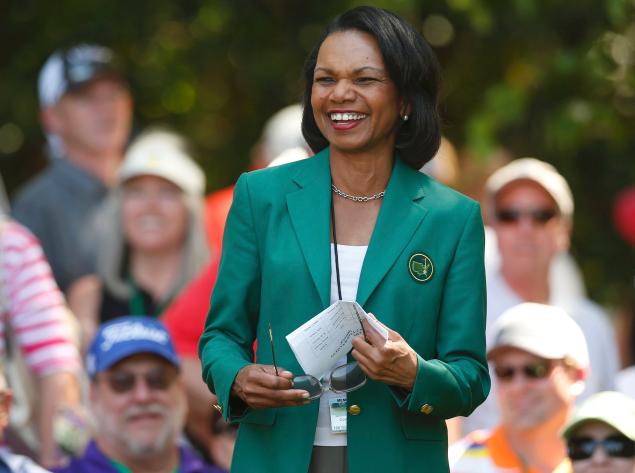 And once again, I raised questions about gender.  Different than an event for heart health--or is it?--I could not justify why membership should be limited to just men.  I was heartened by PGA Tour Commissioner Tim Finchem's response.  He said "At a time when women represent one of the fastest growing segments in both playing and following the game of golf, this sends a positive and inclusive message for our sport." 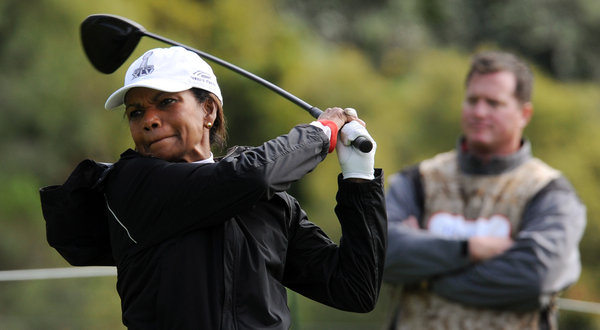 YouCat, the Catechism of the Catholic Church for youth says "Men and women have absolutely the same dignity, but the creative development of their masculinity and femininity they give expression to different aspects of God's perfection.  God is not male or female, but he has shown Himself to be both fatherly (Luke 6:36) and motherly (Isaiah 66:13).  Furthermore, "it is unchristian and inhumane to discriminate unjustly against someone because he is male or female.  Equal dignity and equal rights, nevertheless, does not mean uniformity.  The sort of egalitarianism that ignores the specific character of a man or a woman contradicts God's plan of creation."

I found this to be important, because everywhere I look in sports, I see accommodations made for female athletes.  In volleyball, the nets are lower.  In basketball, the ball is smaller.  At the highest levels of tennis, women play 3 sets vs. men who play 5.  In track and field, the shot put and discus weigh less.  And there are many more.  I started to wonder, "should I stand at the ladies' tee?"  and I thought back to the letter of the law vs. the spirit of it.  I recalled similarities, but our differences as well.  Once again, I'm ok with that.

Gender matters.  Make no mistake about it.  How, why, where in why is what we're all trying to determine for the good of our society.  In the meantime, I will certainly enjoy the men playing at this year's Masters, even if Michelle Wie didn't make the cut. 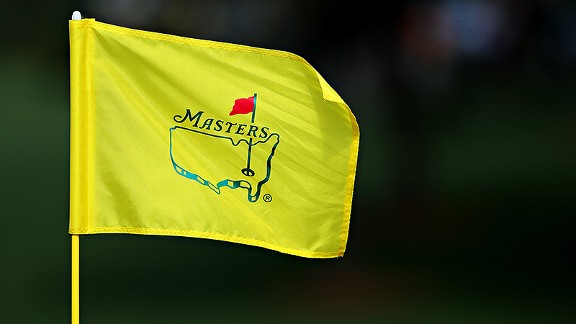 Photo Credits
Tip Off for Heart
Masters 2013
Green Jacket for Rice
Is that Condie with a 1 Iron?!