What happens when you lose the Superbowl.... 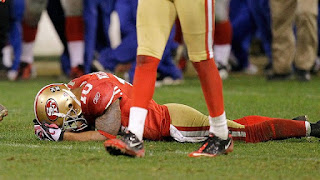 I once heard a study concluded that workers are more productive on Monday after a big NFL win on Sunday.  I shared this factoid with my students at St. Ignatius College Prep in San Francisco and one boy said, "well that explains Oakland." Before you think this was SF's superiority complex rearing its ugly head, I must note that quip was directed at a charismatic classmate who loves his home town across the Bay; he wears Raiders gear on a regular basis.  Little did these Niner fans know, however they would face that other reality a few days later. Indeed, my students came to their work place today with long faces and broken hearts.  A collective malaise filled the hallways, the colors of red and gold have already begun to fade. Yes, all of San Francisco was less productive on this Superbowl Monday.

It's easy to recognize how sports brings people and communities together when a team has a great win.  It's much more challenging, however, after a big loss to appreciate that power.  In our best moments, we stand grateful for the journey and hope for even better next year.  And yet, it still hurts. 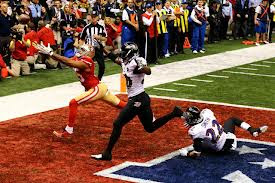 In his article "March Madness," Dr. Michael Tino writes that

Sports also teach us important lessons about failure. Athletes whose skill is unparalleled fall short on a regular basis. Teams marked as “destined for greatness” fall short. And those athletes learn to play another day. They feel the disappointment, they feel the pain, and the best ones channel it into improving, into renewed passion, into arete. Sometimes, championship teams look back at their season and understand that they needed to lose a bunch of times in order to get better, to learn, to grow, and to win in the end.

And Tino's message was one shared by my student today (they lead prayer at the start of every class).  I am often humbled by their thoughtfulness and devotion.  And occassionally, I am disappointed by their lack of planning—too often placing prayer low on life's list of priorities.  But that was not the story of today.  No, on this day of low morale and limited productivity, they nailed it. 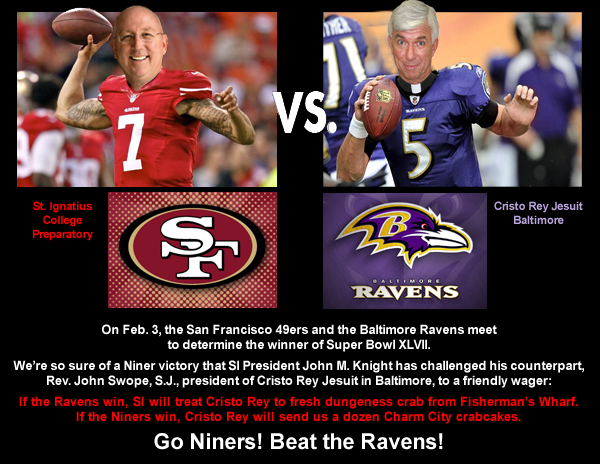 So, I would like to conclude this posting with this prayer, as said by my second period Ethics/Morality class.  When students take a risk like this one, it's easy for me to ask the question "Who's got it better than us?"  I was so proud of Alijah.  But as much as I'd love to say "nobody," that would be a lie. The answer?...our brother school in Baltimore: Cristo Rey.  Go Niners.

Japanese Proverb: "Fall seven times, stand eight."
Epictus: "It's not what happens to you, but how you react that matters."
Unknown: "Every failure is a step toward success."
James Allen: "Circumstances do not make the man, they reveal him."
Walt Disney: "You may not realize it when it happens, but a kick in the teeth may be the best thing in the world for you."
Unknown: "The pain you feel today is the strength you feel tomorrow."
Unknown: "A heart is a muscle....and what do muscles do when they are torn?  They grow back stronger!"

Reflection: I chose to use a collection of proverbs and quotes for my prayer because I felt they were all relevant to the time and space we are in now. With the recent loss of the Niners in the Superbowl, I thought it appropriate to give some words of encouragement and words that would help inspire people to bounce back.  I think that learning to stand back up after we fall down is a very important lesson to learn in life and what better opportunity to hightlight that theme.

St Ignatius: pray for us.

And here's the only research I could find to back up what I heard on KNBR sports talk radio. In "Football Finances," Rick Van Sant writes:
If you live in a city with a winning National Football League team, you have more money in your pocket. That’s the intriguing conclusion of research conducted by assistant professor of psychology Christian End and Michael Davis, an economist at Missouri University of Science and Technology. The duo found that an increase in the winning percentage of a city’s NFL team increases the per capita personal income of city residents. The data also suggest that a winning team boosts the growth rate of personal income. “If the team is winning 11 or 12 games a year, it increases per capita income about $160,” says End. The researchers speculate that’s because a winning team makes people feel better, work harder, become more productive, earn more money and spend more, which bolsters the economy.

Interestingly, though, it only seems to work for football. End and Davis researched the financial impact that victorious Major League Baseball and National Basketball Association teams have on the income of local residents and found there wasn’t any. End says that’s because the NFL is more popular than baseball and basketball, and the impact of NFL success looms larger with football fans.