In Defense of the Sports Illustrated Swimsuit Issue 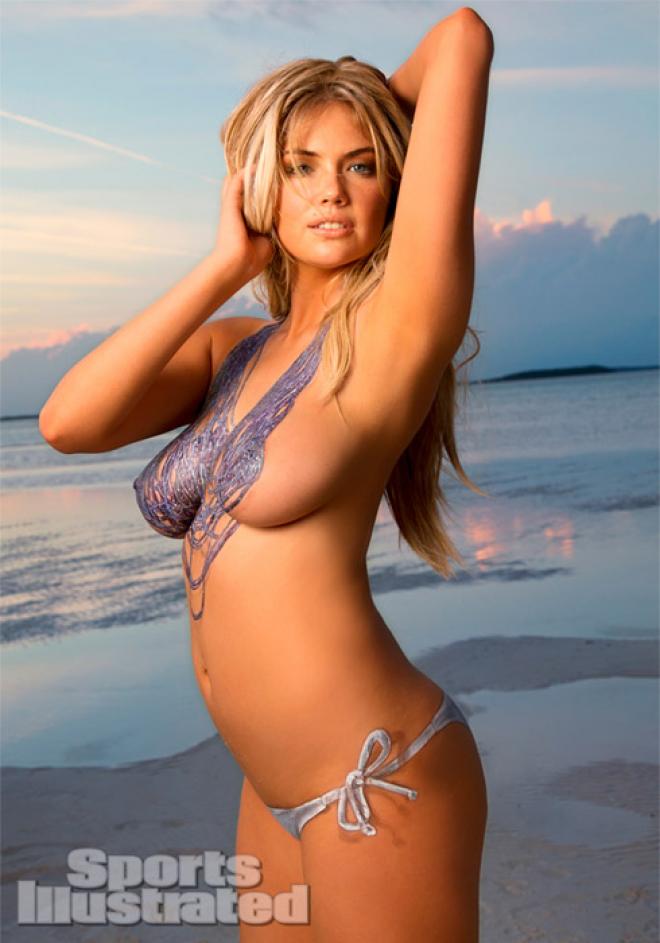 I suppose it's only fair for every argument to enact the counter-argument. It demands critical and creative thinking.  It can be an exercise in humility and empathy unless of course, there is no argument....

In that spirit, I thought I would challenge myself by defending the 2013 Sports Illustrated Swimsuit Issue. I raised questions about its purpose and the morality of it. By way of comments from friends and colleagues, I have but a few.  Here we go!

The models it features are not anorexic.  It's hard not to notice how curvy and voluptuous so many of the models, including Kate Upton appear to be.  On the cover alone, you will see that her belly makes no way for a "6-pack."
I want to recognize that truth as a breath of fresh air as our "cultural obsession with thinness" is most evident in the fashion industry. But therein lies a quandary--I have a hard time finding this an acceptable standard for a magazine that features athletes.  Although many women struggle to maintain a healthy relationship with food, female athletes included, it would be very difficult for the woman featured in the regular issues to be anorexic.  Food is fuel.  The best athletes know performance is dependent on proper nutrition, hydration, sleep.  A balance of mind and body is essential. 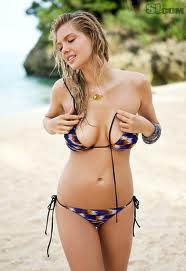 Second, Sports Illustrated isn't a fashion magazine.  Although athletes often promote fashion lines, directly and indirectly for athletic wear, only four of the models are athletes.

Subscribers are free to opt-out.  In "The Mail" section, essentially their "Letters to the Editor," readers are informed of what to do "If you do not want the swimsuit issue:  The annual SI Swimsuit issue will be published in February.  If you're a subscriber and would prefer not to receive it, call our customer service center toll free and let us know.  If you choose not to receive the SI Swimsuit issue, SI will extend your subscription.

Despite the fact that the "heads up" runs for but two weeks in December, one has to acknowledge the invitation to exercise one's conscience is preferable to tacit acceptance of reality: Sports Illustrated prints a special edition of women in swimsuits once a year.

And yet a friend raised an interesting question: What would happen if the three million subscribers had to "opt-in?"  One could say this would never happen as it generates 7 percent of Sports Illustrated's annual revenue, but anytime you have to make a person work for something, it reveals how much they truly want it.

And people want it; non-subscribers certainly "opt-in." According to Yahoo! news report,  "The swimsuit issue traditionally sells more than 1 million copies on newsstands (about 10 to 15 times as much as regular SI). Last year, consumers forked over $6.99 to get their hands on the popular glossy."  But I don't subscribe to Sports Illustrated for the swimsuit issue.  It runs counter to what I understand the purpose of the magazine to be.  But just to be fair, I have the choice.... 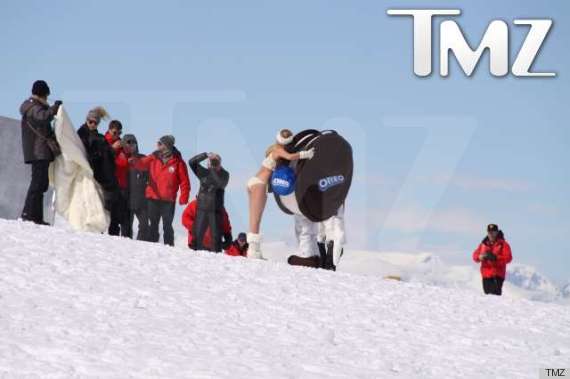 Production of the SISI supports local economies.  A hallmark of the 2013 issue is that featured models on all seven continents.  You will see women in Spain, Chile, China, the Bahamas, Las Vegas, Australia,  Antartica, and Namibia.  The entourage of models, photographers, directors, make-up artists, etc is impressive.  If you're looking for defense with a social justice bend, one can deduce that the  SISI supports the local economies where production occurs.

It could be a gross presumption on my part, but I didn't know there was a local economy to support at the South Pole (I hope you're laughing). So, I decided I would pursue how it might help Namibia.  According to the Rural Poverty Portal

Although Namibia is classified as a middle-income country, the income gap between rich and poor is one of the most marked in the world. The government has made good progress in addressing structural problems such as gender parity and access to basic education, yet the situation of imbalance persists. Although a tiny proportion of the population enjoys considerable wealth, overall poverty rates are high. About 27.6 per cent of households are classified as poor and 13.8 per cent as severely poor; poverty is especially prevalent in rural areas.

It felt a little strange knowing that the cost of the SISI in the stands could feed a family of six in Namibia for an entire week, but we already know the world is full of grim realities.  I suppose this struggle is more striking because, for whatever reason, I have a harder time reconciling a need for a $300 bathing suit in Namibia than in the Bahamas.  In defense of Sports Illustrated, I should be glad they are there...?... 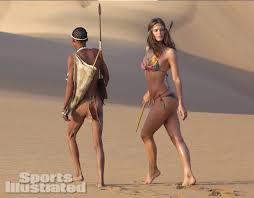 SISI is great photography.  To quote from my friend Tom, "as someone who photographs a lot and wants to get better by looking at good work, I've had an excuse to keep on checking out the SISI. I have to admit that one doesn't need to twist my arm to get me to look at well-done pictures of beautiful models.  Most would admit that in years past, the SISI has a long history of composition, lighting, positioning and great surroundings in their pictures.  For a photographer, even just paying attention to how models are posing their hands can be worth it." 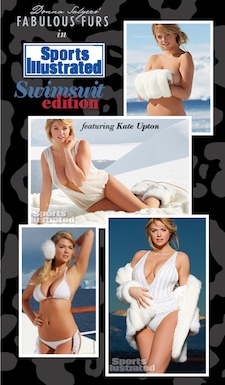 My only response is the feeling that sits with me when I see a photograph of Kate Upton holding a fur muff at her breasts and her matching white bikini bottoms.  A line has been crossed.  That photograph of her in Antartica, as well as the one featured in my last posting, is near pornographic.  The subject has been moved to object.

Great photography, like art,  magnifies beauty and truth. Pornography, on the other hand, tarnishes that possibility.  In the article, Sex in the Dorms, Lou DelFra, CSC writes:

Pornography also, over time, leaves its users with an increased sense of loneliness and emptiness - the exact opposite of the fulfillment it promises. As intimate as the act of viewing pornography may feel in the moment - alone, another human being unveiled before you - your deepest self is not duped - the fact remains that no truly human relationship is ever formed. It is all virtual.

I know I aimed to defend the issue, but I cannot remain silent about what I consider to be the strongest argument against the purpose of the SISI issue.  Not only is it inconsistent with the mission of the magazine, it runs counter to what I believe the purpose of organized sports to be.  Sports at their best build community. The relationship that forms with teammates is anything but virtual—it is tremendously personal.

I aimed to defend, but in conclusion, the truth has been revealed.