I’m not sure what to make of Black Friday. I suppose it was intended to serve as a “jump start” to the hectic holiday season, which we simultaneously loathe and enjoy.  With stories like the stampede of 200 people into a Long Island Walmart that resulted in the death of a security guard and injury to four others, including a pregnant woman, Black Friday certainly lives up to its name.  I can’t say I was surprised, but even my beloved San Francisco Giants joined the frenzy.  I was however disappointed because they are marketing much more than material goods.  Orange and Black Friday extends now to game day —it’s all about your ticket!

Black Friday brings to light the moral issue of consumerism.  John Paul II said"Christ alone can free man from what enslaves him to evil and selfishness: from the frantic search for material possessions, from the thirst for power and control over others and over things, from the illusion of easy success, from the frenzy of consumerism and hedonism which ultimately destroy the human being." --Homily, March 1, 1998 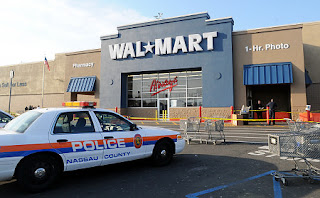 “I consume, therefore I am” is a popular quote that my students include in their essays about consumerism.  In and of itself, materials goods are not bad.  But when the pursuit for them is at a cost of our personal time, money and resources, we have a problem.  It’s hard to deny it reveals a side of humanity that we all find troubling.

To a fair degree, I try to be a consumer with a conscience.  I do what I can to get information about the products I purchase, how they are made and spread the word.  I read in one of the hundreds of books on “happiness” that experiences rather than material goods make people happy.  Therefore, I make a concerted effort to put my money toward a sporting event, a concert or an outing of some sort as a gift for family and friends.  With a team like the San Francisco Giants, the choice should seem like no choice at all. 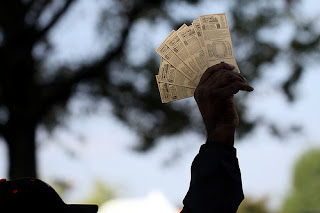 But the Giants challenge my commitment. I know it’s a business and obviously their business model has yielded the kind of results San Franciscans are more than proud of.  But underneath the orange and black veneer is a system that has me scratching my head.  Dynamic Pricing.

According to the Giants website, Dynamic Pricing is understood as “Market pricing applies to all tickets. Rates can fluctuate based on factors affecting supply and demand. Lock in your price and location today!”

What this means is that those games most fans want to attend—against their rivals, on a weekend, or with a great giveaway—are more costly to attend than others.  I took a quick look at what a simple bleacher seat costs under Dynamic Pricing.  Whereas a Monday night game against the Colorado Rockies will cost $18 for a single bleacher seat, a Saturday day game against the Los Angeles Dodgers sells for $50.  $50 for a seat with no back, that isn’t that high off the field.  Thanks to Orange and Black Friday, I had the chance to purchase either ticket today. 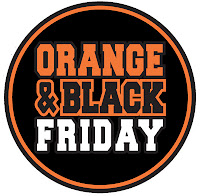 But in the same way that Black Friday has reared its ugly head in Walmart, Dynamic Pricing reared its own during the World Series.  On October 15, 2012, KCBS reported that

For the first time, the San Francisco Giants are using a dynamic pricing system for playoff tickets, meaning higher prices for premium seats This is the first postseason that Major League Baseball has approved dynamic pricing for all of its teams. That means instead of a set value, ticket prices fluctuate based on demand.

I now understand why my friend paid $375 FACE VALUE for an upper reserved ticket.  During the regular season, this ticket for a Dodgers game will cost $49 face value.  My friend was able to purchase his ticket through on-line sales run by the Giants; he won the opportunity in a lottery.  And why shouldn’t he be?  It’s the World Series. 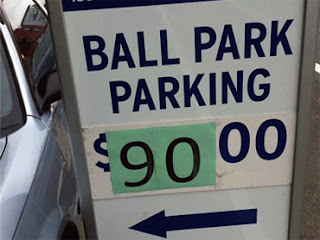 But I found this price to be an abomination.  There was no time for “hate” during the World Series, so I kept quiet about my feelings that ticket prices are in fact a moral issue.  I cannot justify or fathom why it’s okay for a regular fan of “America’s pastime” to pay what is nearly a week’s wages of minimum wage for one ticket.  My coworker left me a copy of his 1962 World Series ticket.  To sit in the a Lower Reserved seat cost $8.  Using the pricing index for such an item, this ticket should cost $87 today.

I don’t have the answers to Dynamic Pricing or to Black Friday.  Both leave me wondering how it can and should be different.  I’ll start by watching the "Advent Conspiracy"