US Women's Soccer Team & Spiritual Fitness: What You Can Control

On Sunday, July 17, the United States Women’s soccer team will play in their third championship game against Japan. Although they have captured the gold medal in the past two Olympics, the US women haven’t won the world’s largest female sporting event since 1999. Sunday’s final will be played in the Olympic Stadium in Berlin where the 2006 Men’s World Cup Final took place. It will be interesting to see if Coach Pia Sundhange’s plan of attack succeeds. 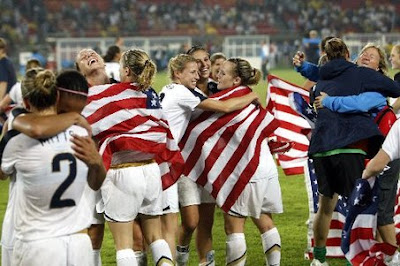 According to Sports Illustrated writer Grant Wahl, “when Sundhage, a Swede, took over in late 2007, she wanted the Americans to play with more skill than in the past, when they have won mostly with athleticism. Team captain Amy Wambach said, “What [Sundhage] has created is a different thought process about the game. The US has always been good in physicality, strength and fitness. If you can add the [skill] component, that’s a difficult combination to play against.” 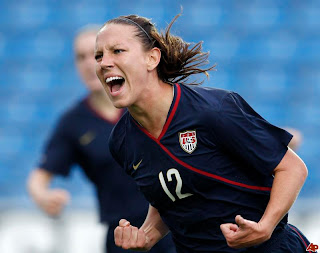 In reading about her strategy I started to think about the difference between athleticism and skill. Gold medalists and World Cup teammates Lauren Cheney and Heather Mitts weighed in. The 23-year old forward Cheney said “fitness is the one thing you can control. You can’t focus on the game if you’re worried about your breathing or whether you can make that run.” Her rule for staying in top form is “always do one extra when it comes to training. If I’m supposed to do 10 sprints, I do 11.” She’s right. The extra effort can pay dividends when you least expect it. 33-year old defender, Heather Mitts said “my fitness is the one thing that’s gotten me to this level. My ball skill may not be as good as some other players’ but when I step out on the field knowing I’m fit, that’s one less thing I have to worry about.”

I think these teammates are on to something. There is so little one can control in a game and in life that its wise to excel where you can.

According to “The Buddy System” by Natalie Gingerich MacKenzie “…it pays to be in great shape—research shows that the fittest soccer players cover as much as 20 percent more of the field in every game than their less-conditioned counterparts and get in on 23 percent more action with the ball….” 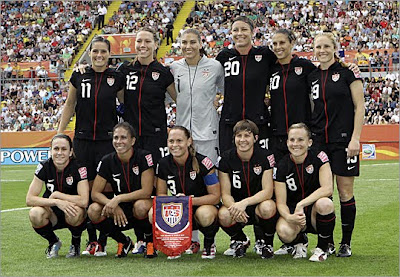 Those statistics are significant! To be a part of nearly one quarter more of the game and to gain a dramatic increase of field coverage because of sheer fitness--a commitment to a largely controllable entity--spoke to me. A good athlete will make and take advantages where he or she can.

I started to think about how this information translates to the spiritual life. To what degree can I control my spiritual fitness? Or rather, what does spiritual fitness require? How does a spiritually fit person act? What do they look like? Is there a difference? Are they different?

I think there is. My friend Michael who teaches Religions Studies at Bellarmine College Prep in San Jose is deeply committed to his faith. An important adage that we theology teachers strive to emulate is: the message is as important as the messenger. This messenger is a man of prayer. He makes time for silence—significantly so—every day. He reads Scripture and other spiritual readings daily; truly, he lives The Word. In short, he is spiritually fit. 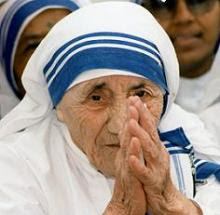 I have seen with my own eyes how people are quite literally drawn to Michael. In conversation, he is totally and completely present. I am certain the reason he is an excellent teacher is because he is authentic. The messenger and the message are one in the same. But it doesn’t stop there. Mother Teresa says, “The fruit of Silence is prayer. The fruit of Prayer is faith. The fruit of Faith is love. The fruit of Love is service. The fruit of Service is peace.” For Michael that silence, prayer, faith, and love are characteristics of how he lives his life, and all of it transmits to service in his classroom.

This service is best understood in his ability to teach his students how to pray—and when I say that, I mean he teaches them how to really pray. He begins by bringing students to one minute of silence. In our noise polluted world, even one minute is no small task. But believe it or not, eventually, Michael begins every class with—no joke—10 minutes of silence. He says “my students are hungry for it. You give them a taste of the silence and slowly but surely, one minute leads to two and two to four and four to eight.” Since he has a curriculum to cover ten minutes is the max, but students come to appreciate the silence. More importantly, they come to know God and themselves through the silence, in a way they had not known before.

Is Michael more involved in life because of his spiritual fitness? Does he cover more ground or reach more students because of his commitment to it? It’s tough to quantify but worth considering. 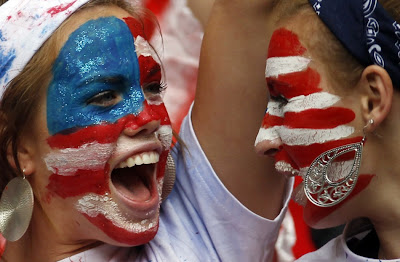 Every one of us has our own journey; we play different sports. The road we each travel is varied and I have no doubt that some people walk a much more challenging course than others. It’s not unsettling for me to think that some may be more skilled when it comes to faith. Some of us grew up in homes where a faith tradition was lovingly and generously inculcated. For some, there may have been a dearth or prior injury ended a commitment to it for a family or an individual. Others had distinct advantages to develop that skill—education, formation, life experiences. But in terms of developing fitness--be it physical or spiritual--the choice is ours.

I hope that past commitment to fitness combined with the increased emphasis on developing skill will pay off in a third star—a victory for our United States women.