To anyone who says “the All-Star game” doesn’t matter, I want to know: Have you ever been an all-star? And have you had five players and one manager from your hometown team play in the game? 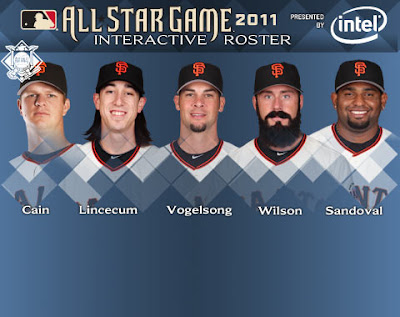 I feel a little bit like Rick Reilly as I raise these questions, but I do so as an athlete who never came close to all-star status. "Most Improved" in three sports—swimming, track and rowing and "Most Dedicated" at 6 years of age don’t exactly mean excellence. I have held dreams of earning “MVP” or being named “All-American.” "All-Star?" I’d take that too. Triple accolades for improvement however meant I had a lot to do to get there. Is it too late?

I can only imagine how exciting it must be for those players to don a National or American league jersey, to meet some of the legends of the game and play beside others. Some are fellow countrymen and others once played together in the minor leagues. To catch up and talk shop in a star-studded pressure free environment is a gift. I dare you to tell them it doesn’t matter.

And for fans, it’s exciting to see so much talent in one venue. I enjoy watching players’ interactions at batting practice, the home run derby, and the opening ceremony. Because I recently purchased tickets to see the World Series Champion SF Giants take on the Philadelphia Phillies in the City of Brotherly Love, I am now on their mailing list. I took great delight in deleting every request to vote for Shane Victorino to make the team. He made the team but didn’t play. Typical Phillie. 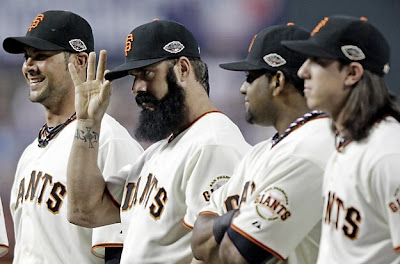 Perhaps my views are colored by the anticipation of one-fifth of the 2011 Giants squad participating on the NL team. The front page of the San Francisco Giants web page featured this fan favorite five for weeks ahead of time. Their nomination to the team reminded me of their magical, historic accomplishment last fall. Their election to the 2011 squad edified what they are hoping to do once again.

And why is it important that we name all-stars? That they play the game? Politics and favoritism aside an all-star game reminds us that as much as a team wins a game or a World Series, while all individuals contribute, certain individuals truly do make a difference. People exercise their God-given gifts and talents in a way that make a significant impact. Without them, a community, a family or a team would be much different. 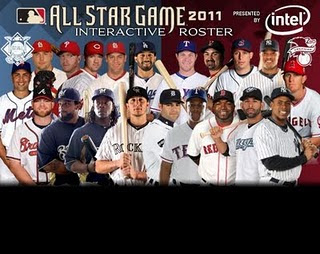 In his book “Catholic Ethics,” Andrew Peach makes an analogy between sports and virtue. He says “Sports writers did not create rules for becoming a great quarterback out of thin air; they observed quarterbacks in action and, then, described the traits these athletes had in common.” Virtue is no different. Look to three or five of your teammates who exemplify integrity. How do these people respond when they are in a sticky situation. Look in the pews at church at the individuals who are pious. How are the present during Mass? Yes, we are human and prone to error, misjudgment and mistakes—but the virtuous person, like the all-star, maybe less so.

To me, the all star break is the child hood equivalent of “rest period” at the pool. I hated the hourly 15-minute break when only adults were allowed to swim. I think I understood its importance at the time and I certainly do now; if the pool never called for that hiatus, I wouldn’t have taken one. In some small way, rest period set a framework for time in my day and length of play. In a similar way, the all-star break is probably good for all of Major League baseball. It serves as true divide for the regular season and allows clubs to take inventory. With the National League victory, we know the World Series will kick off in an NL city. Here’s to the fans that got them there and the accomplishments of those men so far this season and for all that’s to come. Play Ball!