The Mystery of Friendship: What Rules Apply?

Wimbledon certainly plays by its own set of rules. First, players are required to wear white; that absence of color is almost more striking than the vibrant colors they typically sport. Second, matches are never played on the first Sunday of the fortnight. It is a day of rest for everyone. And third, the second Tuesday of the tourney is a day for female players only. These traditions, the grass courts and the royal box—filled yesterday by none other than Will and Kate, are but a few reasons why Wimbledon is the “crown jewel” of the grand slams. 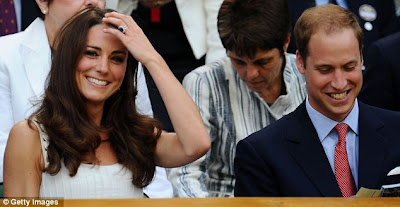 Great players from the past can be seen watching matches throughout the tournament. Today’s special guest was US Open champion Rory McIlroy. Considering that he is a good friend of Rafael Nadal’s, I would have thought he would have attended the famous "Round of 16." But, when I realized he was on hand to see the beautiful Maria Sharapova in the glory of her comeback, it’s not hard to imagine otherwise. 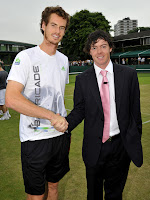 McIlroy, has a tennis court in the garden of his home and Nadal has a 7-handicap. Their respect for one another is mutual. The two athletes met during the other U.S. Open, at the U.S. National Tennis Center in Flushing Meadow, NY last September. Nadal said, “I love golf. I follow almost every week of the tour. I love watching Rory. He has one of the nicest swings in the world, if not the nicest. It's fantastic to watch him.”

The Belfast Telegraph reports, "Nadal is focused on defending his Wimbledon crown and he takes fresh inspiration from the McIlroy story as he aims to stay number one in the world in his chosen sport."

The friendships that form among athletes across sports fascinate me. I remember former tennis pro Brad Gilbert attended hundreds of Warriors games. A Piedmont native, he loved his hometown team, but he also loved his close friend, Chris Mullin. When Mullin went for his 30-day alcohol rehabilitation Gilbert and John McEnroe were at his side. I suppose these two men understood the pressure and demands of being a professional athlete. They know what is is to live by wins and losses, what your mind and body are capable of doing or not doing.

And how two people become friends is something of a mystery. Why that friendship sustains and grows is a gift. Fueled by common interests, an unspoken attraction, respect and admiration probably have something to do with it. 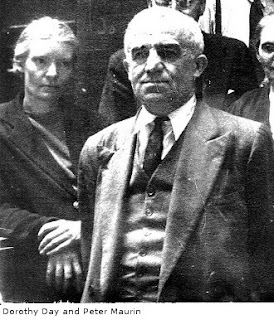 But it’s not just the friendships between athletes that intrigue me, but among some spiritual heroes too. Before her conversion, one of Dorothy Day’s favorite bar mates was the famous playwright Eugene O’Neill. According to Brennan Hill of Eight Spiritual Heroes “Gene, as she called him was not a religious man, but did in his own way carry on a serious spiritual search.” Perhaps God was pursuing Dorothy long before she ever knew it. Friends may be God’s instruments in that pursuit.

One such person—both an instrument of God’s grace in friendship and in spiritual heroism was Peter Maurin, the co-founder with Day of The Catholic Worker. Day said “her life really began when she met Maurin in 1932. He was a cross between St. Francis of Assisi and silent movie star Charlie Chaplin." And Maurin had been looking for someone like Day—someone who could implement his vision to promote the social teachings of the church. One could help him reform society and the church. That was none other than Dorothy Day. Because of Peter Maurin, Day’s personal life and her faith life would never be the same. Today, many people believe she is the single most influential American Catholic of the 20th Century. 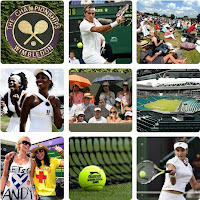 If there is one way to describe The Catholic Worker and its houses of hospitality, it’s much like that of the Wimbledon tennis tournament. The Worker plays by its own rules. But, what you see take place at both be it in the stands or in the line at the soup kitchen is fertile ground for nourishment of friendship. What a beautiful mystery.