2010 Sportswriter of the Year: Kristin Armstrong
Proving Not All Women Hate Women

Chris Rock said is best. Women can and should rule the world. And they would, but they don’t. You know why? Because women hate women. You women—one of you gets ahead and you tear her down. 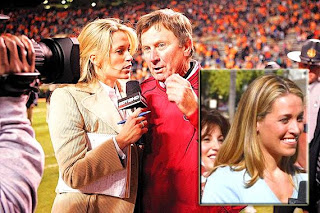 Deep down inside, every woman knows what he is talking about. I see Alex Flanagan on the sidelines interviewing the Notre Dame coach and players. The monologue that runs through my head works like this--I want that job. So many of these female sportscasters aren’t any good. Hmm, she’s pretty good. Her voice isn’t annoying. She’s relaxed and confident. That’s a good question….I love her hair…I even like her name…what? her husband played basketball at University of Arizona where they met? I hate her.

So, in the name of womankind, I want to recognize a woman I have tremendous respect and admiration for: mother, runner, a committed Christian and my 2010 sportswriter of the year: Kristin Armstrong. 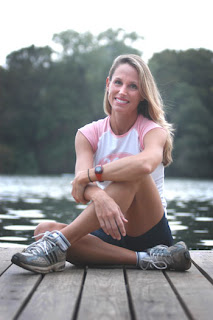 In April 2010, Armstrong, ex-wife and the mother of cyclist Lance Amstrong’s three children published her fourth book Heart of my Heart: 365 Reflections on the Magnitude and Meaning of Motherhood A Devotional. Two of her four works speak of the toil and trial of divorce and the role of faith in surviving it. Mile Markers: The 26.2 Most Important Reasons Why Women Run will be released in March of this year. Truth be told, I don’t hate her for writing this book; I look forward to what she has to say. Reading about heartache from a broken marriage isn’t exactly on my radar screen, but her belief that “all people, not just elite athletes have an inner strength beyond what they know” is. Nothing reveals this humble but important truth like distance running…or being a Christian.

If you want to me list the reasons I should hate Kristin Armstrong, I can. First, she’s an excellent writer. I like her style, outlook, and that she is writing/getting published while raising three young children. She is my role model. Second, she has a run a number of marathons at a very competitive clip—again while raising Luke and her twin daughters Grace and Isabelle. Third, she speaks both French and Spanish. I have pursued proficiency in Spanish since I was fourteen years old; I liken my experience with this to a bad (dating) relationship. We spend a lot of time together, get very close and then it gets too difficult. I leave. I come back. Oy ve. Wait, that’s Yiddish…Lastly, she has an incredibly beautiful smile. She’s all around beautiful. 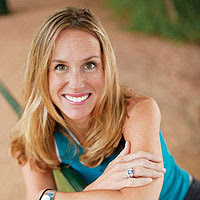 Do I have a female crush on her? Maybe. But it’s her regular contributions to Runner’s World that won me over. In May 2010 She wrote Feeling Lucky? If you view your run as an opportunity your attitude will get an adjustment. In a one-page article, Armstrong made convincing argument for the power of mindset.

Then she says this: “And then all of a sudden, a few people came to mind, some sick, others struggling, and I thought about how much they would love to have the opportunity to tackle this hill. I bet they wouldn’t think they had to…I wondered what might happen if I started to think that way. I decided to try it. Instead of thinking or saying, I have to finish this project or I have to pick up my kids, I stopped myself and tweaked my language: I get to work on this assignment. I get to pick up my children from school”

Armstrong continues: “At first it felt forced and silly, but after a few days, it became natural. I felt freer, more thoughtful, and more aware of why I do what I do. Perhaps I had become so encumbered with my to-dos that I for¬got to be thankful for the opportunity to do them” 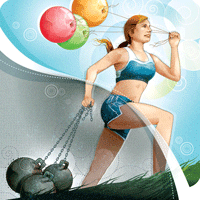 When I read her treatise on gratitude, I had no idea how close to home her words would be. When I was diagnosed with ARVD, I was informed competitive running, tennis and basketball were now part of my past. Friends and family said I would recover in due time. Unfortunately, that is not the reality of living with my heart disease. Raising my heart rate above a certain number is dangerous and life threatening for me.

Yet Armstrong’s words still ring true. I get to run, even if it’s but a jog. I get to play doubles’ tennis. I get to watch my high school boys and girls play basketball. I am lucky I was diagnosed, period. I get to live!

Armstrong wrote what I already believe and know to be true. When I read her articles, not only do I learn about life and our common Christian faith, but I learn about myself too. No one hates that….

Thank you Kristin for sharing your story, your faith and your words with us. I hope in 2011, many others will read your sports-writing.