One Way to Teach About Icons: Three Things You Might Not Know about MLK

When teaching about an icon, I have learned: don't assume anything. For example, before we read about Mohandas Gandhi as a Spiritual Hero, I asked the class "Is Gandhi alive or dead?" A good number of students did not know. 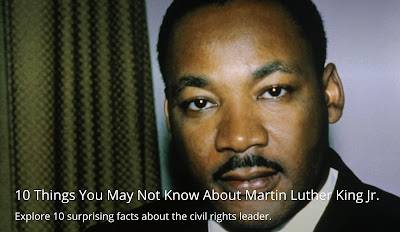 While we grow weary of reviewing basic biographical facts and some statements feel like near platitudes, we have to teach and learn about the greats, such as —American heroes, past presidents, living legends, world leaders, religious figures and more. One way to do this is of course through an individual's interest in Sports and Spirituality but here's another path: three things you might not know about "z." Given the national holiday in honor of Rev. Dr. Martin Luther King, Jr. there's no better time to start.

While football fans—the 49er Faithful in particular—need to actually LEARN something about starting quarterback, Brock Purdy, challenging my class to consider three things they do not know about MLK served as an effective hook. Each one became its own talking point. I would like to believe this activity can move students beyond a one or two dimensional understanding of a person's life. Each one of us is large, we contain multitudes. Thank you, Walt Whitman. 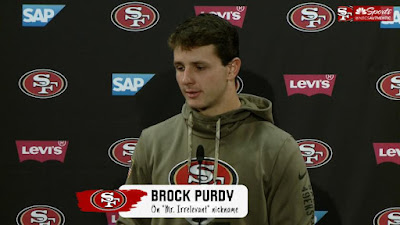 Take a look for yourself. The History Channel's website offers 110 Things You Might Not Know About Martin Luther King Jr. I took creative license with this information in order to create my three that reflect Sports and Spirituality.

1. King's Birth Name Was Michael, Not Martin. Growing up, "Mike" played baseball, basketball and football with his sibling and friends. While King was not an athlete, but he understood the importance of athletics. In 1963, he told a reporter that he did not have adequate time to indulge in sports. He also told the same reporter that he wished black athletes supported King's non-violent movement on the field.

2. King Entered College At the Age of 15. It's not surprising King was such a "gifted student that he skipped grades nine and 12 before enrolling in 1944 at Morehouse College" but it is very impressive. MLK is this HBCU's most noteworthy alum, but the Olympic champion hurdler, Edwin Moses is mightily impressive, too.

3. George Washington, Abraham Lincoln and Cesar Chavez are the Only Other Americans to Have Had Their Birthdays Observed as a National Holiday. And each one invites reflection on the person, their life's work, their mission, legacy and impact. I have a Sports and Spirituality connection for each.

I begin Christology—the required Sophomore Religious Studies course I teach—with three things you might not know about Jesus.

1. Jesus probably spoke three languages—Can you guess which ones?
Aramaic, Hebrew and Greek

3. Jesus was tough. While some students argue that is not a surprise—He carried His cross and was crucified, I connect it to the home he grew up in. People know that Jesus' earthly father Joseph was a carpenter, but to call him a tekton is more accurate.

Tekton means a general craftsman; some even translate it as "day laborer."A tekton would have made doors, tables, lamp stands and plows. But he probably also built stone walls and helped with house construction. In short, Jesus might have been yoked.

Following the examples of Jesus, I ask students to put on a notecard three things we might not know about them. I teach them a little bit about myself through this same exercise. For example, I have hole-in-one insurance. Or I find it oddly fitting that I grew up on Wimbledon Road at Ygnacio Valley Blvd. My first love in sports was tennis. Wimbledon is the crown jewel of the Grand Slams. Ygnacio is Ignatius....and Ignatius of Loyola, the saint has had an impact on my life. They offer some great fun facts/talking points of their own!

MLK is an icon, an American hero, and a religious figure worth discussing, learning from, teaching about and celebrating. To observe his birthday with a national holiday is but a starting point whereby all citizens can reflect upon his life and legacy. He left us too soon, but as I learned on the 10 Things You Don't Know About MLK list, he almost left us sooner.

I once read that MLK's favorite prayer was the Serenity Prayer. Let those words guide you in your work for justice, equality and building the Kingdom of God here and now. Thank you, Dr. King! 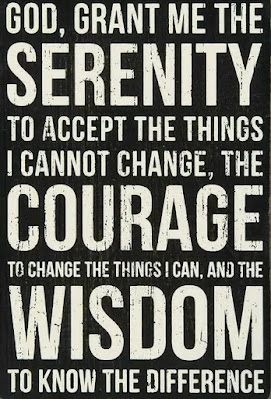