Forget that March Madness lived up to its name once again. Or that five athletes presented at the 94th Academy Awards show. My local SportsTalk radio couldn't stop talking about what transpired at the hands of Best Actor, Will Smith. That event took away from his Oscar winning performance as Richard Williams in "King Richard" and the fact that Venus and Serena executive producers of the film were both on hand. The other three athletes on stage at Hollywood's Dolby Theatre on ABC were a trio from the world of Extreme Sports. It's safe to say the media and Hollywood enjoys taking things to extremes...but so do some athletes and now—some philanthropists, too! 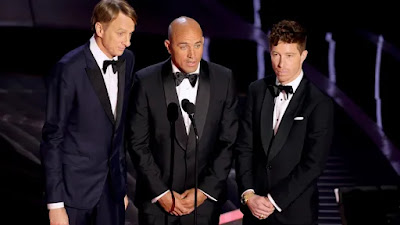 Extreme sport legends Tony Hawk, Kelly Slater and Shaun White "weren’t there because the Academy decided to retroactively recognize Lords of Dogtown or Surf’s Up as the cinematic masterpieces that they are." (Outside) No, the superstar surfer, snowboarder, and skateboarder (respectively) traded their boards for tuxedos to present a tribute to the 60 year anniversary of the James Bond franchise.

I was intrigued but not surprised that Hollywood sought out extreme sport athletes to promote Bond. Watch but a few moments of any era James Bond film and you will come to realize that what Connery/Moore/Dalton/Brosnan and Craig do is nothing short of extreme. I suppose what draws a fan to extreme sports and Bond is one in the same.

So allow me to take a giant leap—much like the ones that Bond takes to get from one train car to another. Or that gets White in the air for the half pipe. Might we as a society be ready for extreme altruism? 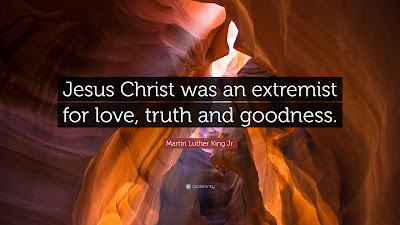 Jesus—an extremist for love, compassion, inclusion and mercy—spoke of extremes long before the X-games I read about it in America Magazine. In the parable "The Rich Young Man," Jesus is asked "What must I do to inherit eternal life?"Jesus answers, “If you wish to be perfect,* go, sell what you have and give to [the] poor, and you will have treasure in heaven. Then come, follow me.”

Extremes have never been easy, then or now. As written in Matthew's Gospel, "the young man "went away sad, for he has many possessions. I know I would have, too. And yet, extremes are but one way the Lord may draw us in. Look to Saul who becomes Paul for but one example.

Katie Acosta, who shared her story in "I donated my kidney to a stranger. The hardest part was people’s reaction," is another. It chronicles her decision and experience with non-directed kidney donation.

She writes "I knew that you only needed one kidney to live and that friends and family could potentially donate a kidney to a loved one in need, but I had no idea that there was an entire process through which a random person could be matched with another random person in need of a kidney. After a couple of hours spent researching the matching process, the surgery, recovery time and potential risks, I knew that this was something that I wanted to do." 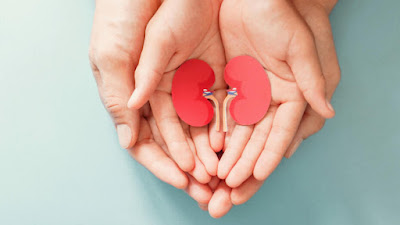 I also somehow ended up as one of the subjects of a documentary exploring the idea of altruism. The filmmakers included non-directed kidney donation as a form of “extreme altruism.” I said yes to being in the film because I figured that if even one person saw it and decided that they wanted to look into non-directed donation, it would be worth it.

But I am also concerned that the film suggests that non-directed kidney donation should be considered extreme altruism or that I am some kind of special person for doing this.

I have gotten to know myself pretty well over the past 30 years, and I can say with some certainty that I am not a good person. Don’t get me wrong, I am not the complete worst either, just what I consider to be very “medium.” And yet, faced with the decision to electively donate an organ to potentially save someone else’s life, it never really felt like a choice. And I firmly believe that so many people, even the very “medium” ones like me, would feel similarly if they really knew that this was an option. So I am here to tell you that it is.

As Catholics, we are called to serve others. While I have struggled greatly with the Catholic Church as an institution in the wake of the sexual abuse crisis, an appreciation for the Gospel call to serve is one area of my Catholic faith that has never wavered. But when I read the article on kidney donation, it occurred to me that I was doing nothing at the time to actually live out that part of my faith. If my faith was asking me to give of myself, kidney donation would allow me to do that literally. I just knew that this was something I could do.

Acosta's donation is almost otherworldly. Yes, we are called—especially Lent, to give alms—money, food or material possessions to the poor, but to not call it extreme would be misguided.
Yet, what ought to be considered is that the person who freely made this choice "knew this was something I could do." To her, the extreme is not necessarily easy (read the rest of the article) but not beyond her abilities, either. And so it is for Tony Hawk, Kelly Slater, Shaun White and hundreds of other extreme sport athletes. Their examples are well known and popular. Might we benefit from more like hers?

Psalm 139 says "you are fearfully and wonderfully made." Need evidence? Look no further. We all have our own unique gifts, talents and abilities. In this Easter season, what might it look like to give.... to the extremes?!

Posted by Anne Stricherz at 3:20 PM