The Open Letter: Thank you Alec Ingold of the Las Vegas Raiders

The open letter. Have you ever written one? Have you wanted to but thought otherwise? In 23 years of teaching, I can recall but one addressed to the school community where I have taught. This student’s message was hard to read; it was both challenging and inspiring. The author, however, did not use his real name. Did writing behind a pseudonym compromise the integrity of an open letter? Let’s discuss.

I believe students and faculty ought to sign their name when they complete the evaluation of a teacher or administrators. I challenge myself to live by this principle; it hasn’t always been easy. I understand why people are reluctant to evaluate a superior without anonymity. And yet, I think standing behind your word is critically important. An open letter allows for an individual to do just that...or at least it should! 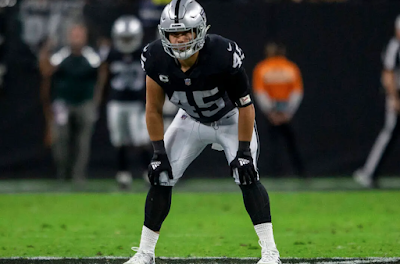 Therefore when a friend sent An open letter to fans from Raiders captain Alec Ingold, I couldn't help but take a moment and pause. What was the injured fullback possibly going to say or rationalize. Fans know the drudgery, death and drama of the Silver and Black this year. This missive shared the team's response, reconciliation and rewards. The result? It was impossible not to cheer for his team: the Las Vegas Raiders.

Their 35-32 win over the Los Angeles Chargers in overtime might be one of the most exciting games I have ever watched. I didn't know a non-playoff game could be more exciting than the one I witnessed but a few hours earlier, when the San Francisco 49ers beat the Rams of Los Angeles 27-24, also in overtime. 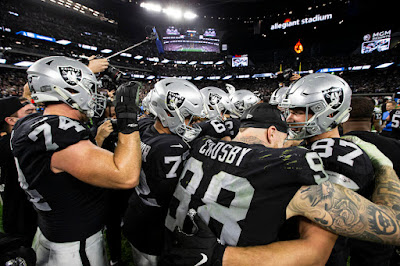 Ingold's open letter prompted me as a coach to consider What would my team leadership write? What might their message be? I tried to imagine What would they want the Saint Francis community to know about their season?

Coaches, here is an invitation to do the same. Encourage your athletes to put their names on evaluations both in class and at the end of the season. And, if given the chance, share the story of their own season in an Open Letter.

Posted by Anne Stricherz at 6:08 PM