The familiar sights and sounds of Advent greeted the faithful at Mass today. "O Come O Come Emanuel" was the entrance antiphon as we lit the first candle on the Advent wreath. This purple candle, sometimes called the “Prophecy Candle” symbolizes hope. Hope is the theme we are called to pray with this week.

But a few hours later, I got word that Father Anthony P. Sauer, SJ president at St. Ignatius College Prep from 1979 to 2006, died this morning. Though deeply saddened, I found peace in thinking how fitting. There is no better theme to describe who Father Sauer was and what he brought to students, families, colleagues and me. With Tony, hope sprang eternal. 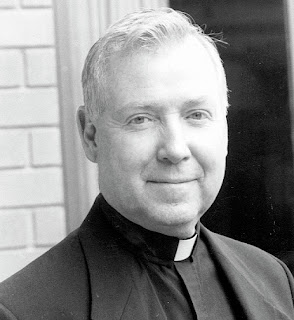 I would like to say that I would take a bullet for Tony, but that just wouldn't be necessary. Why? I am sincere when I write I know no less than 100 people who would. Literally. Tony was a scholar, "so human and so holy" (to use the description that fellow Jesuit, James Martin has written to describe Thomas Merton).

In the days and weeks to come, much will be said and written about "Tone Babes." I would like to offer but a few recollections and remembrances of a man who changed me life (I am certain no less than 10,000 people would say that). What you see here is what I learned from his example and his leadership.

The Power and Example of "Yes."
As many people have written about the power of "yes," it's quite possible there is more out there about the power of "no." For example, a friend said  to me recently, "my 20s was all about saying yes to invitations and opportunities. As I got into my 30s, I realized how important it was to say no."  I understand and yet, Tony did not live his life that way.

Tony always carried a small booklet—a pocket calendar—in his left breast pocket with pen or pencil in tow. This was his point of reference for where he needed to be and whom he needed to serve.

Tony availed himself to sacramental ministry willingly and generously. He did this at St. Stephen's parish and at St. Ignatius College Prep. He was at hundreds of athletic contests, fundraisers and Friday Morning Liturgies.

I will never forget a friend who found himself in a harried situation. The Godparents of his first born child flew into San Francisco for the baptism. With priests in short supply and high demand, the pastor asked if they could simply baptize the baby the next day and cancel the vigil service. Knowing how his wife had planned carefully for the christening, my friend went to Tony desperate to hear the word "yes."

When he asked Tony if he could pinch hit, Tony pulled the calendar out of his pocket, looked at his schedule and wrote it down. He said, "See you at St. Agnes at what time? Got it."

That story has stayed with me because we might not know the impact of a simple "yes." So many times, I fall into the temptation of protecting my schedule and organizing my day. Tony's generosity, availability and willingness to serve is just one reason he is beloved.

The Ministry of Letter Writing
Tony must have learned penmanship from his father, Kearney Sauer who was a medical doctor in Los Angeles. Although that  chicken scratch was tough to read, Tony Sauer hand wrote letters to every student and faculty member who went on a Kairos retreat. That = THOUSANDS of cookies.

He wrote thank you notes and kept regular correspondence with alumni, benefactors and friends, offering words of congratulations, condolence and more. His stationery featured a poem and his words were no different.

To receive a letter from Tony was a gift for his words were heartfelt and sincere. I wouldn't be surprised if he taught this importance of that virtue—sincerity—in his AP English class (or in any FML homily!). I have a feeling Jack London and Tony are enjoying a malt Scotch right now. 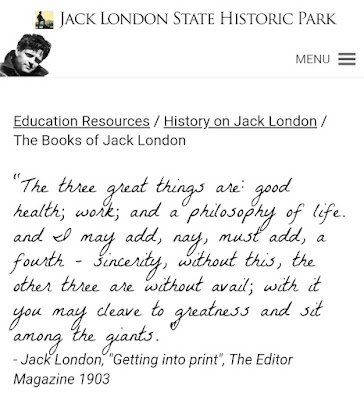 One the More Powerful Messages
What do you get when you combine sincerity and the power of the pen? A message you will never forget.

Like many people, Tony struggled with his relationship to alcohol. I know this because he told the SI faculty himself. He wrote an email to us that said,  "I am leaving for an indefinite period of time to live at a rehab facility to work on my relationship with alcohol. I humbly ask for your prayers." His words were poignant, direct and sincere. So human. So holy.

In a world where people often deny or struggle to face this disease, Tony modeled for all of us the beauty of honesty and humility. He is one of the few people who named his plight without an excuse, recourse or blame. The unintended consequences of his message is that it left all of those who care about him with understanding, with compassion and with hope. The truth really does set us free.

For the purpose of context, I came to SI by way of athletics! I coached novice crew while I was still teaching at Moreau Catholic. I was so drawn to the community that I applied for a teaching position, as the academic dean anticipated two openings in the Religious Studies department. A series of events changed the numbers and still I found myself waiting for an official "yes" or "no." The holding pattern was fairly grueling.

Like most coaches, I attended the end of the year banquet—once held at the iconic House of Prime Rib—not knowing what my future would be. I found myself sitting at a table across from then principal Charlie Dullea, and back to back from Father Tony.

At the end of the night, Charlie spoke candidly about the likelihood of a position opening for me. He said, "There's maybe a 25% chance it will work out. Be sure to apply next year." I left the dinner deflated but appreciative of his practical approach. He too spoke the truth.

But a few minutes later, Tony walked out of the restaurant and was waiting for the Jesuit community's Jetta to pull up from the valet. He asked me where things were in the process. I told him what the principal had relayed to me but moments earlier. He looked at me and said "Don't give up hope. Never give up hope." He gave me a hug, got into that car with its personalized license plates that read "We Are SI" and drove away.

The next day, the academic dean called me and said she had an opening. Four sections of Ethics, Morality and Social Justice. I taught that same course for 16 years in a row.

What kind of person leaves another with words such as those: "Don't give up hope. Never give up hope?!" Tony Sauer, SJ is who. His legacy is characterized by it. Hope. Sincerity. Generosity.Poetry.

Well done, good and faithful servant. You truly are, truly were a man for and with others.

I encourage you to share your own life lessons from Father Tony here.
There are innumerable outtakes as well. Those are to be shared at his wake and along San Francisco's own Sunset Blvd.

Posted by Anne Stricherz at 8:45 PM