Faraway Goal: Using story and soccer to talk about Afghanistan

I frame the curriculum of Sports and Spirituality with a focus on three things: language, vision and story. Ron Rolheiser said, "God speaks to every element in the language it can understand." For the purpose of the course, that language is sport. Second, "spirituality is understanding there is more to life than what meets the eye." Thank you Richard McBrien. My goal is to help young people acquire the ability to see the spiritual in all things, especially sport. Finally, I believe sports are the subject of some of the greatest stories we have and hold. "Faraway Goal" is a  story about Nick Pugliese, an American soccer player who played on the Kabul Cup championship. His story is how I decided to talk to my students about a crisis in our world that has brought tremendous sadness to my heart—the current events in Afghanistan. 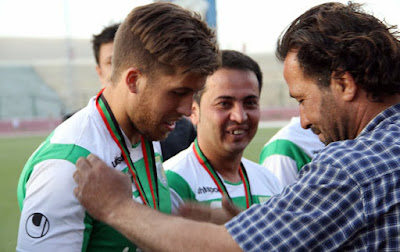 In 2014, Nick found an opportunity to continue his soccer career after college in an unlikely place: Afghanistan’s pro soccer league. He said, "You cannot explain this place in two minutes, let alone two hours. I'm not sure whether I will be able to share this experience with people or if it's something that I'll just hold with myself for the rest of my life.”

The article, Empire Alumni Nick Pugliese Featured on Sunday ESPN SportsCenter, states "Tom Rinaldi voices the story, which explores Pugliese’s life in Kabul last fall (2013). A native of Rochester, N.Y., Pugliese went to Afghanistan to take a job after graduating from Williams College in Massachusetts, where he was a soccer standout. He played high school soccer at Rochester’s McQuaid Jesuit."

“I was just fascinated by the idea of an American all by himself living in this country and of all the things, he was playing professional soccer,” said Dan Arruda, producer of the feature for ESPN, who spent 10 days in Afghanistan with Pugliese. “It just seemed very surprising to me and I wondered what his life was like.”

I shared this story with my students because I wanted them to see just what Kabul, a city of 3,000,000 people looks like (let alone from a fellow American's point of view). I wanted them to see Ghazi stadium—a place that was once used by the Taliban for public executions and in Pugliese's tenure as a venue for  Afghani "association football matches." I wonder how and if that will change again.

Through soccer, Pugliese becomes much more than friends with his teammates. To him, they are family. 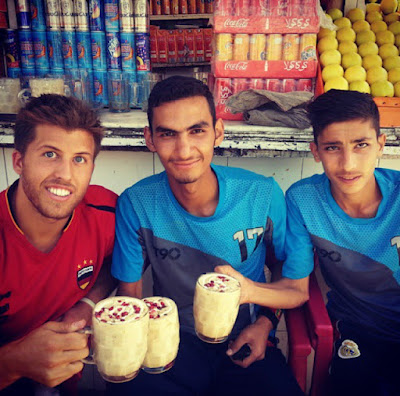 Sayed Shahab Shah said, "he was speaking a little Farsi, I was speaking in broken English. We started with hello! How are you? We drink tea together. We go to the market together. We tell each other stories and share our thoughts.

Upon hearing that word "story" my eyes began to pool with tears. I started to wonder what are the stories Sayed is now telling Nick, who is in law school at Yale.
I wondered if Nick's teammates and friends are safe. Are they living in fear? Are they even alive?

If only that was the perspective of the Taliban...of ISIS....ISIS-K and what hurts me most—of the US Government. I believe the United States of America  has a moral obligation to uphold our end of the bargain in protecting those Afghanis who protected us. I know friends and family here in the US who have lost sleep over what we have failed to do. 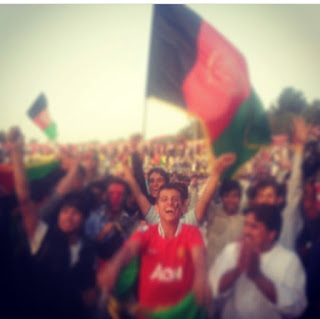 As written in the WSJ, "Today More than 100 people were killed, including at least 13 U.S. service members and 90 Afghans, at the Kabul airport Thursday when two blasts ripped through crowds trying to enter the American-controlled facility, disrupting the final push of the U.S.-led evacuation effort." Please pray for peace, for safety, and integrity.

After watching Faraway Goal, my Dad said "if Afghanistan had a team that played in the World Cup, things might be different. A soccer team unites people in many foreign countries in a way that little else does. They would certainly cheer against America, but it would bring together all of those in the Afghanistan in a much different way." This in no way is meant to simplify the complexity of the problems. That being said, one of my students—a die hard soccer fan, completely agreed. How I wish that story could and would be written...