I walked out of my front door onto Fillmore Street and took notice of a great sight. Tucked inside the newspaper stand—yes, those still exist—front, center and above the fold of the San Francisco Examiner proudly paid tribute to the Say Hey Kid. "Happy 90th Birthday Willie Mays." I love beginning my day with someone to celebrate. 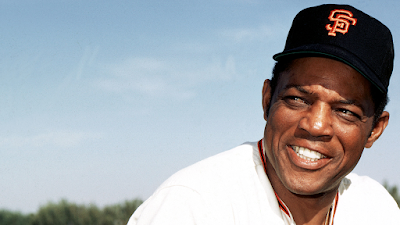 My commute was abuzz with all that #24 means to the Giants, the City by the Bay—where he both lived and labored—and to all of Major League Baseball. Thanks KNBR! Murph and Mac, hosts of the morning show dedicated May 6 to sharing stories, recalling memories and offering tributes to one of the greatest athletes to ever play the game.

Willie Mays is a Hall of Fame centerfielder who is one of four men alive today who played in both the Negro Leagues (The Black Barons) and in MLB (New York/San Francisco Giants and the Mets). The Godfather of Barry Bonds, "Willie Mays hit 660 home runs, drove in 1,903 runs, batted .302 and was an All-Star in 20 of those seasons. He led his league in homers four times, in stolen bases four times, and had more than 100 RBIs in 10 seasons. He had a thrilling talent and personality that captured the hearts of fans from coast to coast." Those numbers, those stats merely skim the surface. It is hard to capture in words all that he has meant and still means to America's past time. No wonder I find "The Say Hey Kid's career in pictures" so poignant. Give it a look.  The images, the quotes, the video clips only tell part of the story. 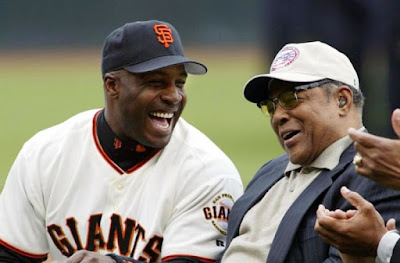 But on this day, I made a commitment to asking those who love baseball, those who have lived in San Francisco, and those who celebrate the "Say Hey Kid" to tell me a story about him—because people have them....and they are worth hearing. I reached out to former coworkers at St. Ignatius College Prep in San Francisco. I talked to my parents. I sought the input from those who were in that inner circle.

For example, the late Peter Magowan—managing partner of the Giants— said

He would routinely do things you never saw anyone else do. He'd score from first base on a single. He'd take two bases on a pop-up. He'd throw somebody out at the plate on one bounce. And the bigger the game, the better he played

I'm proud to say I have a Willie Mays story of my own. It might not be about how he hit, or played defense, but it's my story and I feel lucky to have it.

Sometime during the George W. Bush administration, I was at a game with my good friend Kevin. We were sitting in lower box seats—thanks StubHub—maybe about 20 rows up from the field on the first base side.

It was a weeknight game and it was well attended, but not packed to the gills. One or two innings into the game, I noticed a buzz was bubbling from the seats closer to the dugout/home plate. I saw a few men in suits wearing earpieces in one ear. A common sight in Washington DC, I began to wonder who they were protecting. A few minutes later, I realized Condoleezza Rice was making her way to her seat. She was greeted by a less than friendly reception. Why?

It's safe to say: San Franciscans hated George W. Bush. Whenever things reached a boiling point during the Trump years, I recalled the sheer disdain people had for #43. (People didn't know how good they had it). I offer this context because as the Secretary of State, Giants fans saw Rice affiliated with Bush. Again, she wasn't well received. 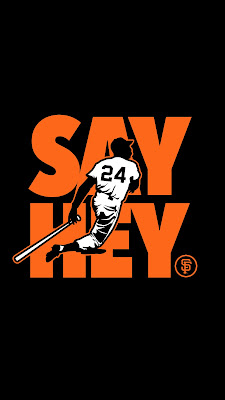 About five minutes later however, the tenor changed. Much to the delight of everyone in the crowd, the "Say Hey! Kid" walked down the same aisle only to join Dr. Rice and take a seat next to her. Willie got a standing ovation. Cheers, no jeers. Clapping, smiles, mad respect all around.

Turns out, Rice's mother was a science teacher at Fairfield Industrial High School in the Fairfield neighborhood of Birmingham, AL. One of her students was....Willie Mays.

I sure wish I could have sat in on that conversation. Common folk. Harding working people. Extraordinary Americans.

Their stories are but excerpts from the lives of great Americans. I'm grateful to hear them, to read them, to share them and pass them on.

The San Francisco Giants will honor the great Willie Mays on Friday, May 7 before the orange and black take the field against the Padres. All of San Francisco ought to join in and sing "Happy Birthday" to a living legend—ninety years young. Those at the ballpark will, for sure. I wonder if Condi will return again....