It's Not About the Weight Room....Right? Thoughts on Women in Sports

It's not about the weight room. And yet, it is.

By now, every sports fan in America should be aware of the story that emerged shortly before tip off of the 2021 men's and women's NCAA basketball tournament. University of Oregon basketball player, Sedona Price created a TikTok video to expose the disparity between the weight room facility and resources allocated for the men in Indianapolis and the women in San Antonio. Same sport, same tournament, same difference. Wait, strike that—it's not true. 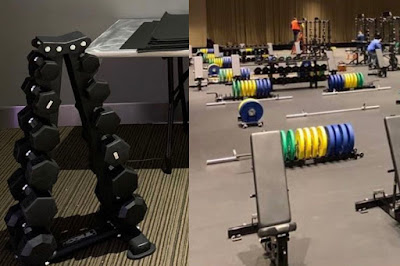 The difference is remarkable. The NCAA issued and apology. Many were not surprised to see what has long been true.

How's so? Muffet McGraw, former head coach of Notre Dame women's basketball , said "
Well, I was happy to see it, and I was happy that people were surprised to see it. Because I think we're shining some light on the inequities that have been there for decades." McGraw would know—she retired from her position in April 2020 after 33 years at the helm.

As an outspoken advocate for women in leadership and a veteran teacher, McGraw offered examples of inequalities beyond the weight room. As written in Notre Dame's Muffet McGraw still shooting for women's empowerment, she said,

Both the men's and the women's [teams] are playing on some college campuses. But you can't tell on the men's side if they're at Purdue or Butler. Because the NCAA has got a brand-new court with a beautiful March Madness logo in the middle of it. [The women are] playing at three schools in Texas who still have the regular court. So there's a three-point line for men and a three-point line for women. One court even has a volleyball court set up on it, with absolutely no signage. Then the courts in the Alamodome that the NCAA has provided for us simply say, "Women's Basketball" in the middle. The NCAA does not allow the women to use the March Madness [logo].

I think some of these things seem small to people watching. But there's so many. It's a pretty long laundry list of things that are inequitable. The problem to me is that they treat us as if we don't deserve better, and they're OK with it.

McGraw isn't OK with it and sports fans know it. As Laskey wrote, "McGraw captured attention outside the sports world in 2019 when her Final Four press conference answer about her practice of hiring only female assistant coaches went viral." Her words were truthful and they were divisive. I heard applause from many and jeers from others—long after "One Shining Moment" was played. Perhaps I should reference something else...that video montage does not feature any women. I guess I now know why...it's riddled with that March Madness logo.

Price concluded her report with the declaration: "If you're not upset about this problem, then your'e a part of it,"

McGraw said, "We have to ... enact change by raising our voices and making a stand, letting people know that we are not second-class citizens and we're not going to take it anymore."

So where does that leave us? What do you think? What can we do. Here are but two humble suggestions.

1. Talk about your Mount Rushmore. Expand your G.O.A.T.
Sports fan love a bar stool. They relish a good debate, new and old criteria, allowing history to be a teacher—for good, bad and much more. 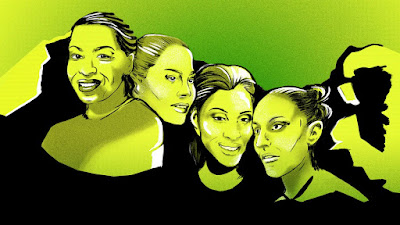 As much as I love this arena, I have grown very tired of the endless conversation about the G.O.A.T. My disdain for this topic isn't for the exceptions people make, the bias they carry or even the rules /qualifications they enact. All of that can be fun. No, this conversation is nearly nauseating to me because it seldom, if ever, profiles or mentions women. It should. Why not?

When Sheryl Swoopes turned 50 earlier this month, I heard Michael Wilbon—cohost of "Pardon the Interruption" claim her on his Mount Rushmore. As he said this, my ears perked up. I leaned in. With synapses flying, I said to myself Now we're talking! This something we can all do: change the narrative. Invite the input of others. Press your opinion. Go for it.

FYI: Swoopes is on my Mount Rushmore, too. I LOVE that she won defensive player of the year and was scoring champion in the same year!

2. Read, Write and Follow a Female Athlete or Women's Sports Team
Supporting, following and celebrating an individual athlete as well as a dynamic team is one of the great joys of sports. Sports marketing 101 proclaims the R.O.I on a popular name and personality or an exciting crew is legion. So why not invest a little time, a little effort in getting to know female athletes. Why don't we make more of an effort to tell a female team's story?

Sixty Minutes' profile of the renowned sportswriter, Dave Kindred is all the evidence you will need. It is one of the best stories I have heard in a long time. He's a tremendous example and his personal story says it all. Enough of me—I can only encourage you to see for yourself.

Back to the Weight Room
Though I haven't been there since March 2020, I love working out in the weight room at my gym. A co-ed space, I've never felt intimidated in this space—but I know many women do and I'm sensitive to their reality. I would like those who are tentative about entering this space to know that most people are more focused on themselves than you. For example, due to my heart health I cannot even lift heavy weight. I've taken some ribbing over the years, but most people never say anything. I'm just happy to be there. I put my weights away. I'm respectful of other people's space. I don't sing with my ear pods in, grunt or scream. I talk a little trash—but never about the weight I'm lifting.

I have noticed in recent years just how many more women—in particular younger women are active and showing up in the weight room. Like their male counterparts, they are focused, hard working, intentional and social. It's a good place to be. And, it's a place I would like to talk about a female Mount Rushmore....women GOATs and March Madness 2021. I have to say, I was sorry to see Oregon lose but happy to see Stanford back in the Finals.