Is Failure Your Fuel?—Question from Two Great Female Leaders

On Monday, I received what I hope will be the results of my final COVID test for 2021. I opened the email from COLOR SF to see a green arrow that said NEGATIVE. In one sense, the words and the image were contradictory. Green means go. That's positive—and in this case—so is the word "negative." My brain was happy to make these connections.  With the thought of Carla Harris's “negative motivation” fresh in my mind, I started to wonder: How often does a negative approach elicit a green arrow? In other words, are more athletes and competitors motivated by something negative or would they rather be fired up by something positive? 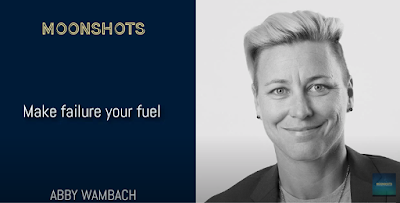 As written in my last post "The Positives of Negative Emotion," Carla Harris ,vice chairman of wealth management and senior client adviser at Morgan Stanley, admits that she "leverages what people say cannot be done into energy to prove them wrong." She coaches with negative motivation. Since reading about her philosophy, I have seen she's not alone.

In her book "Wolfpack: How to Come Together, Unleash Our Power and Change the Game," Abby Wambach promotes the lesson to "Make Failure Your Fuel." This realization was born from something negative. While still on the youth national team, she visited the U.S. Women’s national team’s locker room. Next to the door, she noticed a 5” x 7” photograph of  longtime rival: the Norwegian national team, celebrating after having just beaten the USA in the 1995 World Cup. Wambach wrote, "It was a picture of their own team’s last defeat.”

Five years later, when she became a member of that very national team, Wambach said "Hey, what was the deal with the picture you kept on the locker room wall of the Norwegian team? Why did you want that to be the last thing you looked at before you went out to play?" 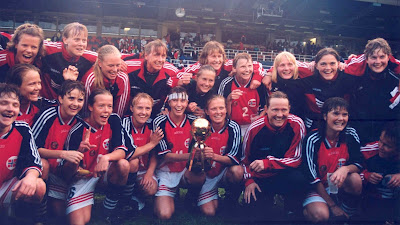 She writes “they began to explain to me that the first order of national team business is to win. But that when failure does come, the team isn't afraid of it; the team is fueled by it. The team never denies its last failure. We don't reject it. We don't accept is as proof that we aren't worth of playing at the highest level. Instead, we insist upon remembering. Because we know the lessons of yesterday's become the fuel for tomorrow’s win.”

I had to wonder: Would that work for me?  Do I need the visual of a tough moment to keep me focused? to fire me up?

Wambach adds, I came to understand that "in order to become a champion—on and off the field—I'd need to spend my life transforming my failures into my fuel."

I thought to myself, there's something I can wrestle with. I'm not sure that transformation is anything I could do on my own. It would require patience, prayer, mentors and more. For me to work with something negative—like a loss or against an errant expectation is not easy. It asks something of me....deeper questions, stronger emotions—quite possibly the ones I don't want to deal with. 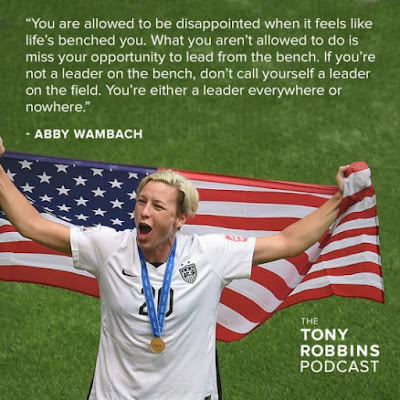 Do you agree? Does proving people wrong get you going? Do you see negatives as positive? Is that fuel for the fire? Thankful for these female leaders who not only lead from the bench but set their own, unique and outstanding example.