Tiger Woods and His Nine Lives: A Dostoyevskian Character

Though I have yet to review the HBO documentary "Tiger," one of my take aways from the salacious program is that the man is lucky to be alive. And when news came pouring in on the morning of February 23, 2021 about his survival from a single car accident it confirmed what I have long believed: this cat has nine lives. 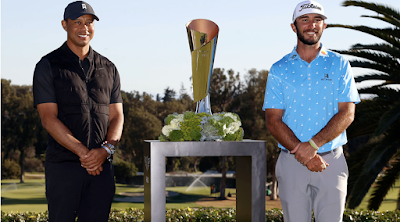 Many have bemoaned the way this story filled the airwaves, crowded social media and took over television programming. Sports fans, golf fans and everyone else have admitted just how much time and attention they paid to this event. I am no different. The morning after, I started my day by walking and listening to  ESPN Daily "Tiger Woods: Latest Updates + America's Son Documentary." One half hour later, my morning commute was characterized by an on-air discussion of the purported  impact Tiger's accident will have on the game of golf. Text messages simply stating "Tiger!!!" or "prayers for Tiger (insert emoji of hands in prayer and a Tiger here)" continued to find me.

At some point, I hope you ask the question I asked of myself: Why? Why do we care? Do we? Are we still reeling from the all too sudden death of Kobe Bryant? Is it because Tiger still has or it is about something more? What do you think? 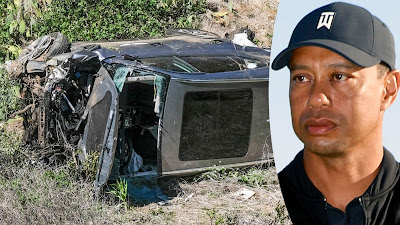 Likely answers will include that Tiger Woods has impacted the game of golf like few others. Or Woods is one of the best athletes of all time. Many can't help but cheer for his continued comeback while others can't cheer for him period. Are you a person who can separate the player from the game? Can you? Should you? Rather than offer my opinion or share what I believe, I would like to offer a suggestion on why the news about Tiger Woods IS important and what it has caused me to consider.

Brian Murphy, the host of KNBR sports morning show said what many of were probably thinking: "no one has higher highs and lower lows that Eldrick Tiger Woods. One need not take a long step back to realize this is true." 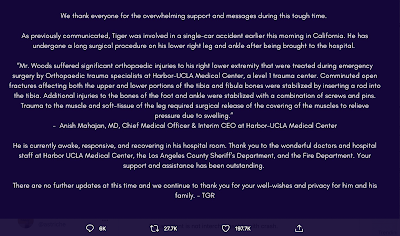 Aren't some lives like that? Don't we have friends and family members who we might describe in that way? Some might say he's a tragic figure in a Shakespearean play. If yes, Is his story one of tragedy? Is he the flawed protagonist? Or something more? I don't know enough of the good bard's work to assess. But, I do believe Woods is....Dostoyevskian.

In an essay called “Prosaics,” Gary Saul Morson, a teacher of Russian literature at Northwestern University, showed how Tolstoy believed in the prosaic life and Dostoyevsky in the dramatic. Joseph Epstein, says it best in his essay "The Symphony of a Lifetime." He writes

Things happen to Tolstoy’s characters — they go to war, have vastly disruptive love affairs, suffer unexpected deaths — but they are most interesting in their ordinariness: a strong case in point is Natasha’s family, the Rostovs, in War and Peace. Her brother and father and mother, with their rich but normal passions, appetites and family loves, are people who gain moral stature through an endless series of small acts.

In Dostoyevsky, on the other hand, nothing is ordinary: passions turn into obsessions; gambling addicts and epileptics are at the center of things; men are beating horses to death on the Nevsky Prospect; poverty has wrenched people’s lives into little hells on earth. The question isn’t really who — Tolstoy or Dostoyevsky — is the greater novelist, for both are great, but which shows life as it is more truly is.

As Professor Morson puts it: “Dostoyevsky believed that lives are decided at critical moments, and he therefore described the world as driven by sudden eruptions from the unconscious. By contrast, Tolstoy insisted that although we may imagine our lives are decided at important and intense moments of choice, in fact our choices are shaped by the whole climate of our minds, which themselves result from countless small decisions at ordinary moments.” At some point in life, I think, one has to decide if one is, in one’s belief in the shape of his or her life, a Dostoyevskian or a Tolstoyian.

If you were to graph such lives a Dostoyevskian character is like a stock that is quite volatile. You see the ups and downs. A Tolstoyian character has losses and gains, but it's a conservative fund. Think cryptocurrency vs. a mutual fund. 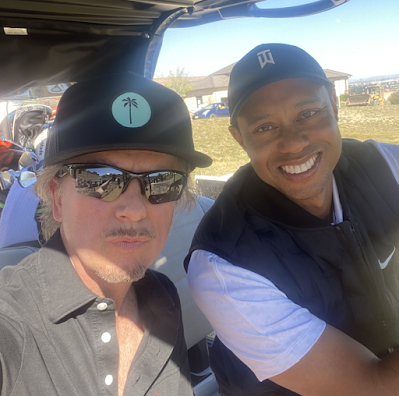 I always ask my students about their preference: fiction or non-fiction. While most prefer fiction in their lives, like me, a few others wonder why read it when real life offers enough of the drama. And so it is in this ongoing drama that is "What to do with Tiger?"

Whether is it great literature or the following of a great athlete that gets us to consider and contextualize the story of our lives and the lives of others, so be it. After all, the journey, the pilgrimage, and the path of our own lives ought to be shared and examined for none of us walk alone. We influence others, others influence us. And your story need not be either Dostoyevsky or Tolstoy. It might be Shakespeare or Stephen King. A little Richard Wright and a lot Virginia Wolf. A touch of
Toni Morrison but add some Amanda Gorman. Or Dickinson, Yeats or Edward Abbey all the way. Let me know....
Haley and I talk about Tiger and the need for prayer in our podcast @FaithFondue. You can listen to that conversation here!
Photo Credits
Tiger and Max Homa and Tiger and David Spade
Tiger Accident
Tiger's Tweet
Posted by Anne Stricherz at 11:04 AM