The Importance for Coaches of being Ted Lasso

Everything I know about morality and the obligations of humanity, I owe it to football
—Albert Casmus (*he is referring to soccer ;-)

In my workplace, the athletics office of Saint Francis High School, we hope and believe every coach ought to challenge Casmus and say "Everything I know about morality and the obligations of humanity, I owe to—insert respective sport here." However, with all due respect to the late Alex Trebeck, please know there is a bette answer. "What is Ted Lasso?" 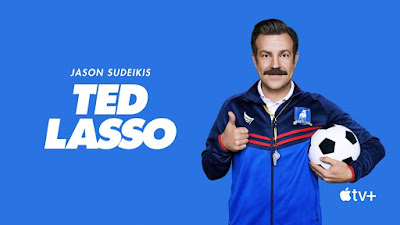 Those of you who have watched the show already know that Ted Lasso is not a real person. As much as I am struggling to accept this is true, I am still committed to learning from him. And for those who haven't seen the Apple TV+ program, "Ted Lasso" chronicles an American football coach recruited from the Wichita State Shockers to manage a woebegone soccer club in the English Premier League.

As written in the Wall Street Journal "To be Ted Lasso is to believe things will get better—and if it doesn't, well, he'll have some fun trying. You know where this is going. Over time, Ted begins to win over even his harshest critics. Lasso-mania stirs." The author, Jason Gay adds, "Ted Lasso" turns out to be the ideal television distraction for these times, almost a salve, simply for the fact that it radiates a rare commodity in a deeply toxic moment: optimism.That's really it. It's optimistic." 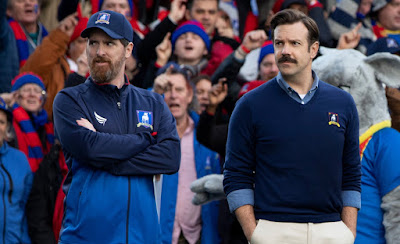 Easier said than done, right? Yes and No. In Episode 10, "The Hope that Kills You" Lasso addresses the danger of this phrase that his athletes use far too often. In the locker room he said, "So I've been hearing a phrase y'll got over here, that I'm not to crazy about: It's the hope that kills you. I disagree. I think it's the lack of hope that comes and gets you. I believe in belief. Now where I'm from, we have a saying or actually, it's a question: Do you believe in miracles?  I encourage you to watch to get the rest....

For those struggling to believe in miracles and for our colleagues who are struggling to find hope, I would like to offer the message that Saint Francis' Director of Athletics, Michael Pilawski gave this past week during a meeting of our varsity coaches. He urged these athletic leaders to practice, emphasize, extend and model the following for the young people entrusted to our care. Ted would be proud.

Safety: We will always give the utmost care and attention to keep our athletes safe.

Empathy: People are in different places and are facing personal and familial challenges we may or may not know about. Walking a mile in our athletes cleats can go a long way.

Success: We want our seasons to happen! We desire for our teams to compete. As coaches we play a critical part in the success of our season and our team's experience. Own it!

Flexibility: This is my personal theme for this year. We have to be flexible and open to the changes that come our way. Be water, my friend.

Positivity: Times are tough enough. We are called to be hope for the hopeless and light in the darkness. Let us smile and extend positivity to one another. Let us focus on what we can do.

Coaches, I would love to know

I'm so glad I saved Ted for January—my annual comedy month. My roommate checked to see if I was okay during Episode 3 as I was laughing so hard. Many other episodes have had me in tears—and not from laughing. I am not even a soccer fan, but I am curious about the culture of the Premier League. Ted Lasso MIGHT be my favorite show. Ever. And the good news is there is more to come....

Haley and I discuss the gift of humor, in particular how Ted Lasso made me laugh. You can listen to that episode of @FaithFondue here.