I woke up today feeling a nearly free of the agitation that has plagued me this past week. I said my morning prayers, extending gratitude to God for a new day, one that Miss Stacey, Anne Shirley's beloved teacher, would proclaim as "fresh and with no mistakes in it yet."

I thought about the Notre Dame win 42-13 over Florida State. Football is back! I then brought to mind all the friends who have read, responded, rebutted and reached out to what I have written about Father Jenkins at the Rose Garden Ceremony. I remembered that out of difficulty can come growth, wisdom, understanding and insight. It's not something I welcome often, but it's not something anyone can shy away from in this day and age, is it? I feel privileged to have such conversations and yet they are exhausting. I took a deep breath and one passage of scripture came to mind: St. Paul's Letter to Philippians. He urges all Christians to "Press On." 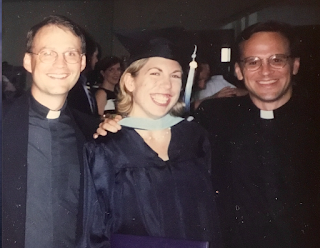 I let the Word of God speak in my heart. "Press on Irish. Press on Notre Dame." This is not a matter of we did right or wrong—that has already been discussed. This was not a question of Should the Jenkins be removed from office? People are passionate! However, we are living in the aftermath. I thought: keep going....survive...advance.....Andiamo! Press On.

In writing about Father Jenkins, I have tried hard to maintain an objective point of view, doing all I could to distance my emotions. Yet, I am aware that when we care about a person, this isn't easy.Perspective clouds and clarifies our vision. Relationships allow us to speak to and of a person's character—which according to ethics is subject to moral evaluation. How does one do that? Reflect, compare, contrast, look for evidence, determine a mean. Look for virtue and for vice! Consult others, Pray about it.

I got to know Father John almost 25 years ago. I am a member of the third cohort of ACE teachers, meaning the program was in its early stages of development, consisting of but 150 teachers. We were on campus for eight weeks in the summer, taking education classes before being sent to an under-resourced Catholic school. We concluded our days with 10:00 pm mass in the Keenan Stanford chapel (and then a lot of us went out). I went every night. Whether or not he was presiding, Father John did too.

John Jenkins, C.S.C. '76 was also a classmate and friend of the ACE founder, Rev. Tim Scully, C.S.C. '76. Both priests are life long proponents of Catholic education. Father John supported all of us ACE teachers with his gentle and prayerful presence. He smiled and laughed easily. His kindness was real...but he was real too. He would call things as he saw them, which made me laugh a lot. I never questioned why we were friends--he told me. He said that he appreciated my goodness, a quality I had never thought about before. I've never told him this, but I would like him to know his compliment changed the way I see myself and aim to live my life. I fall short often, but I truly do seek to model goodness. 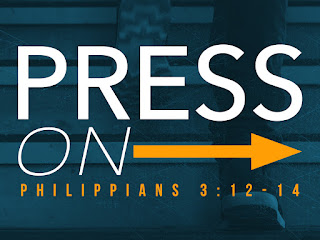 In my time since ACE, I have reached out to Father John with philosophical and theological questions. He has always found time to respond and teach me more than I asked. I have run into him often on campus over the years, at the Women's Basketball National Championship game in Tampa, and even while running the Chicago marathon (He ran it. I was watching the race and eating a donut). He responds to my emails. He never fails to thank me for my work in Catholic education and for bringing the spirit of Notre Dame to my community. Truly, he is a spiritual Father in fullest sense of the what the title suggests.

I have been close with school leaders before. The best ones never, ever complain or reveal the toll that their works takes on them. Father Jenkins is no different. This must be an isolating and lonely time. And yet, I know he has family he can turn to (he is one of 12 children) as well as those in community, the Congregation of Holy Cross.

I have had some difficulty in ascertaining where Notre Dame can go from here. It's been hard for me determine what my hope is for Father John—beyond of course prayers for his health and well-being, which is why the motto from scripture: Press On brought some peace. I hope other members of the Notre Dame family will embrace this motto.