Putting—An Analogy for the Spiritual Life

Sports and Spirituality thrives on analogy. Metaphors are the language we speak. I love a good parable and an aphorism is a rare but precious literary gem. However, as my students are learning the language, I often have to fall back on cliches and expressions we know so well. This isn't necessarily a bad thing. Despite the risk of mastering the obvious, I began class this past week asking my students: Why putting is so important? Fortunately, I had a story from my team match play victory as well as two great examples from the BMW Championship to serve as evidence—to help us understand the game of golf and the spiritual life. 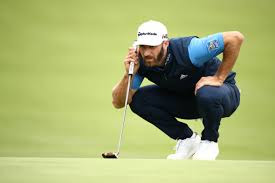 At the risk of stating the obvious, putting is important because the small things do matter. Everyone knows you "drive for show and putt for dough" but what might that mean? The numbers speak for themselves. Dave Pelz writes, "Regardless of skill level, putting accounts for approximately 43 percent of your total strokes, taking into account your good putting days and the ones where you're ready to snap your flatstick over your knee." 43%! That is nearly half of a golfer's game and yet we love to talk about the 323 yard drive Bryson DeChambeau is now blasting down the fairway exponentially more. We want to see the power, the speed and velocity of a ball well hit; putting is often an afterthought.

Every golfer knows that "the fastest way to game improvement and shaving a significant number of strokes off their game is by improving their putting." Pelz recommends "at least 50% of your allotted practice time be spent on the putting green." This might be true for the pros, but most amateurs—like myself—are out on the range. 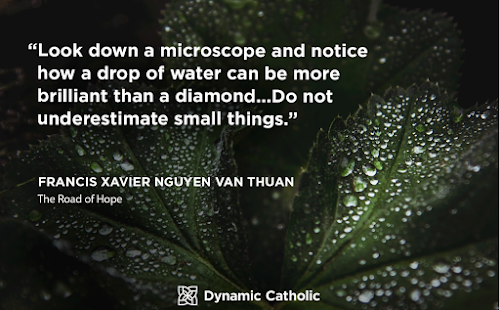 In the spiritual life, it's easy to forget the little things. When I make time to go to the Sacrament of Reconciliation, it's not usually to confess the venial or smaller sins—the idle gossip I spread, the aggressive driver I honked at or worse, flipped off....the subtle disrespect I showed a colleague. No usually, I go to the Lord with bigger problems and heavier sins. The truth of the matter is they all add up; they are all related and part of my life. One is not totally separate from the other.

In golf, we say your scorecard doesn't show how you got there. A six inch putt counts as much as 146 drive (the average distance off of the tee for an amateur female golfer) and/or a 216 yard one (average distance for the amateur male golfer). As I know too well, I can get on the green in regulation...or near it!...only to add an addition two— if on point, three—too often and worse four strokes to my score card.

I sincerely think it serves us well to spend more time with this analogy if we want to be more holy, loving, compassionate and forgiving. I can be generous and kind in the big moments—the Thanksgiving drive, with the gifts I put under the tree, and more—but it is equally important to do the same with our daily interactions, our weekly meetings and so forth.

With that reminder in check, I would like to offer one other thought that crossed my mind on the importance of putting. Golf fans will know, putting CAN be exciting. In fact, they can be downright miraculous and diabolical in the same round. This quality makes it even more intriguing to consider.

Last Sunday, I participated in the WGN Team Cup Match Play Challenge at Olympic Club. My partner and I were ranked #10 and played the #7 ranked team. We were down by three as we entered the back nine. This is no easy task to come back from...that is unless your partner's putter gets hot. We still aren't sure why or how it happened, but my partner Leslie did not miss a single putt on holes 10-18.

One of my absolute favorite phrases in sports is "catching fire." Too often, I find people use it prematurely—I know I have, because I want to believe it is true. However, she did. Our opponents, Leslie and I all watched in disbelief as every putt drained into the hole. Four feet, eight feet, ten feet, even fourteen feet out, she did not miss. It was incredible. We all realized we were witnessing something special.

And all sports fans, must have felt the same way at the finish of the BMW Championship. Dustin Johnson made this putt on the 72nd hole at Olympic Fields golf course to force a play off. One putt! One stroke. In order to do that, he had to read the green—accounting for the slop and the break. DJ also had to determine the right speed for a putt that goes in but 3% of the time. Again, it's the small things—paying attention...detail matters.

This incredible feat however was matched by his opponent minutes later. John Rahm nailed a 66 foot putt to end it and win the championship. I will let the video footage speak for itself.

Posted by Anne Stricherz at 1:04 PM