Largely acclaimed as among the greatest in their respective sports, Tiger Woods and LeBron James share the same birthday: December 30. Therefore it is only fitting that today's "Sports and Spirituality's 19 for 2019" profile each athlete on this special day. However, I have to keep posting number 17 for a man who bares the number. 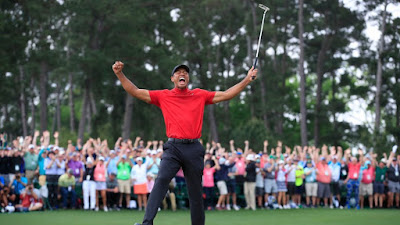 #16 Tiger Woods
As a sports fan, I love that the holidays bring a "year in review" of athletic accomplishments and achievements. Sure, some years are better than others, but the wide world os sports has yet to disappoint me. There is always some underdog who rises to the top, some unexpected victory, one path of total domination. And in 2019, it is hard to argue that The Masters—and its champion—didn't take the cake.

This morning at the gym, I was privy to revisiting what many consider one of the greatest comebacks stories of all time. Thank you Golf Channel! Tiger Woods earned his fifth green jacket, his fifteenth Major title and reminded sports fans, once again why he did revolutionize the game.

As I watched in review, I thought Is any individual athlete more iconic? From his name to his trade mark red and black on Sunday, Woods made golf much more emotional and athletic. Due to physical (and I would argue personal/ mental) health complications, Woods did not know if he would ever play golf at an elite level again. Golf fans caught wind that he might when he won the TOUR Championship for his 80th victory on the PGA TOUR. He took winning to the next level when he won the 2019 Masters by finishing 13 under par.

In my classroom hangs a poster that lists 17 important facts about Mully. Impressive information. Equally valuable are 17 OTHER things you ought to know about the left-handed shooting guard out of Brooklyn who wore #17 in honor of his boyhood hero, John Havlicek. I created this list after I heard him speak at KNBR's Dinner with a Legend. I will keep these recollections brief, but you'll get the point.
Thomas Merton has said "to be a saint is to be myself." Though this idea is lofty and those words are optimistic, an evening with Chris Mullin helped me understand he might be right. 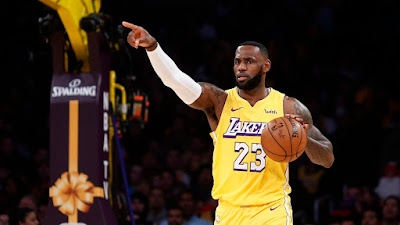 #18 LeBron James
Named as AP's best male athlete of the decade, LeBron is celebrating his 35th birthday today—and he has yet to slow down. This two-time Sportsperson of the Year (Sports Illustrated) has won every major award as an individual and helped his teams to three titles.

The reason I would like to profile James is because he is the subject of many, many stories/articles/books and more. However, when I saw he is also the subject of "TheSkimm" Audio Notes section, I thought there was nothing they could say that I didn't already know. I was wrong.

I recommend listening to this 8 minute and 52 second upshot. Yes, you will learn

but most importantly, I don't know that you will ever watch him play basketball or a wide receiver or  tight end in quite the same way again.