A Good Kind of Crazy

At the Academy Awards ceremony, I looked twice when I saw Congressman John Lewis, introducing the nominee for Best Picture, “Green Book.” Given that the film addresses relationships between black and white Americans in the early 1960s, I should not have been surprised.

The Civil Right icon said “I can bear witness that the portrait of that time and place in our history is very real. It is seared in my memory.” He added, “Our nation bears the scars of that time, as do I. 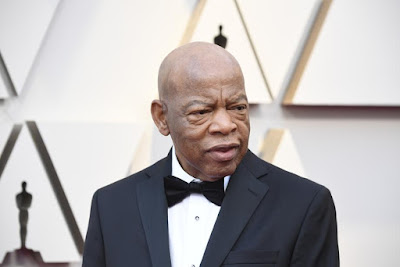 As written on AJC.com, His co-presenter was Amandla Stenberg, who starred in the film "The Hate U Give." She noted, “As this film demonstrates, any journey that opens someone’s eyes and softens their heart is one that is worth taking.” He concluded the presentation by stating, "Young or old, I encourage you to be an active participant in the journey,”

This is not the first time Lewis' words have made an impression on me. I have heard his message of invitation and encouragement, of journey and a call to action before! On Ash Wednesday 2015, he spoke to the entire student body of St. Ignatius College Prep in San Francisco about Fifty Years Since Selma: The Civil Rights Movement Today. I can still recall several of the stories and life lessons he offered.

What I remember most is how important his message was for young people to hear. He was but 23 years of age he served as an architect and a keynote speaker at the historic March on Washington in August 1963. However, in this address he shared what he did when he was their age. He said,


In 1957—17 years old—I met Rosa Parks. The next year, at the age of 18, I met Martin Luther King, Jr.  And I want to say to you young students if you see something that is not right, something that is not fair, not just—you need to speak up and speak out. You have to make some noise and get into trouble, good trouble...necessary trouble. That is exactly what another generation of our young people did.

Since that time, I have thought quite a bit about what it might mean to make "good trouble?"  I have wondered, What does "necessary trouble" look like? Can I support young people and help them get into trouble or would I see their action as teenage rebellion? What do you think?
I believe I may have found one answer. A beloved student shared with me a Nike advertisement entitled "Dream Crazier." It is narrated by none other than Serena Williams and was debuted during the Oscars. (Good call, Nike!) This student recently completed a research project on Title IX for the Jan Term assignment in Ethics, Morality and Justice. It spoke to her as it did to me. I believe it addresses a Civil Rights issue of our time.

As women continue to work toward equality in the work place and beyond, we are all called to revisit and revise the expectations society has and holds. Are they fair? Are they limiting? Do they empower humanity? Or keep us down? 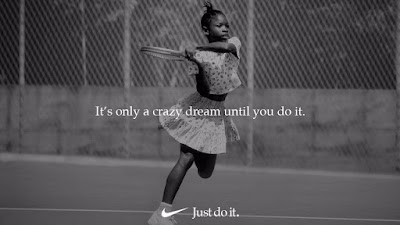 Sports continues to offer a lens through which to evaluate and assess the strides women have made and where we still need to go. The audible message speaks to matters that female athletes face; the images suggest that the world may see and perceive things differently. As Williams states
She concluded the ad by stating "If they want to call you crazy? Fine! Show them what crazy can do." She's right. I think young women—female athletes in particular ought to go crazy...but let it be a good kind of crazy...a necessary crazy. Let's see what becomes of that.