This week, "Rocky"—the first of three sports movies to have earned the Academy Award for Film of the Year—turned 40. My dad was lucky enough to see it at the theater. Asking him about it at Thanksgiving, he said, "Rocky grew in popularity. I went and saw it solo, I guess because your sister was a newborn. As the training montage was unfolding, I realized I was seeing something very special. I remember exiting the theater and thinking—Wow, I just saw something great."
Perhaps you have had a similar realization. Sometimes, we are lucky enough to grasp that something remarkable is unfolding in the moment. Other times, we understand—after the fact—that we were a witness to excellence. Such events are why we are drawn to live performances—a concert, a play, a speech, or an athletic contest. We are hoping to get a taste of greatness. It is succulent....it's tremendously gratifying. It sustains us long after; its memory is sweet.

On Tuesday, November 22 sitting in McCullough Gymnasium at St. Ignatius College Prep, I felt as though I were a part of one of the top moments in SI sports history, both during the game itself and thereafter. The varsity girls volleyball team defeated Campolindo in the Nor-Cal semifinals on Drucker Court (3-1). Though these girls have played in many exciting games, the energy of this particular match-up was unlike others. I give credit to a loud and proud student section, the timing of the game—the night before a holiday break, the winter temperatures outside offset by the warmth of the gym and the SI family and most importantly: the sheer talent, raw athleticism, strength, power, agility and grace of the volleyball teams. The sum of these parts made for an incredible contest.

I remember looking at the girls on the court and thinking St Irenaeus had it right:

The glory of God is the human person fully alive.
Those athletes—using their gifts and talents, battling back from a deficit in the lynchpin game (#3), their coaches, their spirit, their hops—they are a manifestation of that great glory. They have never been so alive...and we were too as we witnessed their feat.

I believe the best word to describe such moments in sports, cinematic, theatrical or music history, is "magnificent."  I attribute that realization to Richard Gaillardetz who described what we see, feel and know in his essay "For the Love of the Game." In it, he writes:


The ability of the dedicated athletes to develop and pursue excellence through training and commitment is not unrelated to the larger call to growth as human persons. Let us return, to Thomas Aquinas who described the virtue of magnificence. Magnificence refers to the accomplishment of greatness. It is realized whenever a person makes the most of their God-given gifts. According to Thomas the opposite of magnificence is the vice of parvificence, often rendered in English as meanness. Meanness here does not convey the contemporary sense of the word, suggesting some malicious action, but rather it refers to one who makes too little use of their gifts or abilities. Through the pursuit of excellence in any and every sphere of life, we strive to become the person God invites us to be. Andrew Cooper reflects on the connection between the pursuit of excellence and the appreciation of sports as a craft:

By investing an activity with one's dedication, aspiration, discipline, skill and knowledge, one's identity is linked to it. In some indefinable way, part of one's self is in the work. Through craftsmanship, a sport becomes an expression of the athlete's total self and the means by which the self recognizes its own excellence. 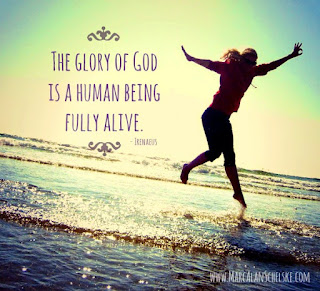 I dare say, we need these moments, for they connect us to one another and something much larger...the source of it all. When we are a witness to magnificence, we can't hold it for ourselves. We have to share it. Excellence begets excellence....magnificence begets magnificence.

My favorite part of this past Thanksgiving was after the meal, my mom, dad, sister and I sat down to play a game called "Sequence." My sister put down a marker and I said "take it back." The next thing I know she sings "Take You Back" and without missing a beat I said "do-do-do-do Take You back." It's the ditty that some of Rocky's friends sing on a down and out street corner in South Philly. They are gathered around the fire, they have a great voices, it's got good beat...and it's why we started discussing my dad's experience of seeing the movie 40 years prior.

It's just one small part of what makes "Rocky" great...the magnificence of the musical score by Bill Conti punctuated by do-wop on the street corner. During the volleyball game on Tuesday, I looked at the coach, standing alone...standing quietly as his athletes did all the work. It's noticing the big moments and the small ones along the way but make a good contest, much more than great....it's magnificent.