An Award Worth Discussing at your Thanksgiving Table

With Thanksgiving less than 24 hours away, last minute preparations for libations and a tryptophan treat are well underway...or better be. Perhaps you were told you don't need to bring anything to the table...but no good guest comes empty handed, right? Why not bring something that is low in calories, costs little and yet makes a good meal taste even better? This housewarming gift is one for all to enjoy: it's good conversation.

A sparkling conversation requires a few key ingredients. You probably have your own recipe, but consider these fundamentals and contribute your own. 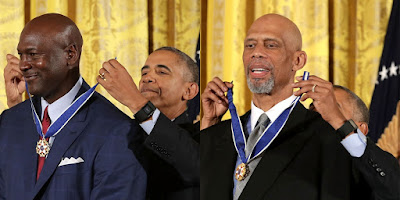 Should a delightful discussion be your Thanksgiving contribution, preparation is advised. I personally recommend completing some research on your topic of choice. Read an article that demands your attention, follow up with ideas on NPR, surf for a video clip on Youtube. They say "the devil is in the details," but I believe the more information you know, the more interesting the exchange of ideas can be. Clarify as needed but ideally your topic is easy for others to follow.

Meaningful conversation refrains from boxing people in or labeling others. It inspires and raises spirits; it is naturally inclusive and beacons an audience to consider why and what can be. Questions that spring forth from these conversations might begin with "How.' Therefore, it should come as no surprise that I would like to begin a conversation over my mashed potatoes, sourdough stuffing and gravy about the 2016 recipients of the Presidential Medal of Freedom. 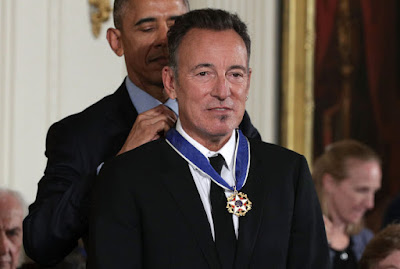 As written by my friend Eileen,


If you haven't already taken the hour to watch this ceremony, it's worth it! Great wit and wisdom in the opening speech and the crisp citations. Such a diversity of talent that has shaped our culture and remind us what indeed makes America great: committed individuals who use their gifts to build up the common good of our country. Grateful for their recognition!

The White House announced this year's recipients on November 16. Their website reported


President Barack Obama named 21 recipients of the Presidential Medal of Freedom. The Presidential Medal of Freedom is the Nation’s highest civilian honor, presented to individuals who have made especially meritorious contributions to the security or national interests of the United States, to world peace, or to cultural or other significant public or private endeavors. The awards will be presented at the White House on November 22nd.

When the names were released the award hound in me felt a sense of elation. Two basketball legends: Kareem Abdul-Jabar and Michael Jordan, a man who dedicated his life to broadcasting America's past time: Vin Scully and a musician from Freehold, NJ: Bruce Springsteen were standouts to me. Though few will argue about The Boss' contribution to America's cultural endeavors—his album "The Rising" is considered to be the greatest and most poignant response to the events of 9/11—others might raises questions about the role and significance of an athlete in this domain.

Is it appropriate to honor a person who plays a game for a living? Do sports really matter? If so, why? And unlike Abdul-Jabar who has contributed to American life beyond the game—his writing is prolific and his political activism is renown—why is Michael Jordan deserving? I have ead that Jordan put his endorsements and ties to corporations above all else. Is that fair? How important is that to consider? 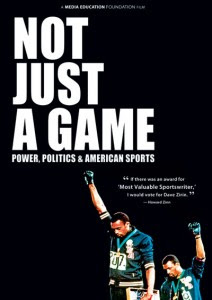 Thinking more intentionally about the Presidential Medal of Freedom reminded me that David Zirin sought to answer similar questions in the 2010 documentary, Not Just a Game: Politics and American Sports. The media guide, a resource for teachers states:


Sports keep people from worrying about things that matter to their lives that they might have some idea of doing something about.  And in fact it’s striking to see the intelligence that’s used by ordinary people in sports [as opposed to political and social issues].  I mean, you listen to radio stations where people call in—they have the most exotic information and understanding about all kinds of arcane issues. And the press undoubtedly does a lot with this... Sports are a major factor in controlling people. Workers have minds; they have to be involved in something and it’s important to make sure they’re involved in things that have absolutely no significance. So professional sports is perfect. It instills total passivity.

Zirin then writes, “The weakness in Chomskyʼs argument, however, is that it disregards how the very passion we invest in sports can transform it from a kind of mindless escape into a site of resistance.  It can become an arena where the ideas of our society are not only present but also challenged.  Just as sports can reflect the dominant ideas of our society, they can also reflect struggle.  The story of the women’s movement is incomplete without mention of Billie Jean King’s match against Bobby Riggs.” He then references the contributions of Jackie Robinson, Muhammad Ali, Martina Navratilova, Tommie Smith and John Carlos.

Zirin also points to this quote from Lester “Red” Rodney, the editor of the Daily Workersports section from 1934-1958:

Of course there is exploitation but there is also fun and beauty too. I mean, what’s more beautiful than a 6-4-3 double play perfectly executed where the shortstop fields a ground ball and flips it toward second base in one motion, the second baseman takes the throw in stride, pivots, avoids the base runner, and fires it to first on time. That’s not a put-on on. That’s not fake. Thatʼs beyond all social analysis of the game. The idea of people coming together and amazing the rest of us.

His questions, might be ideal for conversation.
My thoughts and responses to these questions are probably obvious. I hold a spirituality that believes we can "find God in all things." Lately I have be praying with and holding this idea that God and Beauty (capital "B") are one in the same. So just as I believe we can find God in all things...we can find Beauty in all things. Yes, beauty is in the eye of the beholder....and I find beauty on a baseball diamond. I find beauty in an 86 year old man calling a game that has no real time limit on a warm August night. I actually believe he sings his own song; those who love the voice of the Dodgers will agree. 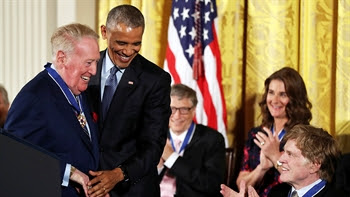 Sports do matter to America and American life. Though we can be divided in our loyalties to athletes and to teams, we ought to agree this Thanksgiving that some are worth celebrating as one country, indivisible, with liberty and justice for all. Probably not wise to discuss to whether or not you should be standing or kneeling on that one...at least not tomorrow. Enjoy the holiday!