Sports Clichés and Mike Piazza: "We Did This"

Sports and clichés work well together. So well, that someone, somewhere decided we ought to dedicate an official week to their honor—so last week was it: Sports Cliché Week 2016. You can probably name 100s of them! Go ahead....

I suppose there are worse causes for given week; I can hang with this one. That's because clichés address a truth, state a life lesson or name a universal experience and I believe sports is a wonderful arena to qualify them. And, the induction of Mike Piazza into the Baseball Hall of Fame this past weekend reminded me of that truth. 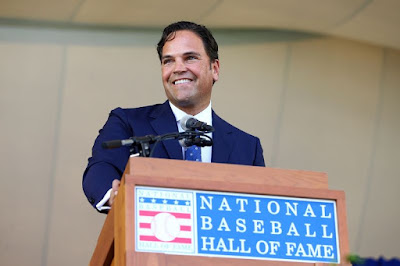 SportsCenter said, "Piazza is a wonderful example of the cliché: it's not how you start, but how you finish that matters." I have carried, applied, and embraced this truism to every corner of my life. I remind my students of this truth every school year. I've seen this message apply in the work environment and especially in relationships. No wonder break-ups are painful. Too often they end horribly, quickly, casually, and callously. Meh. But "how you finish" also happens to be true in the baseball career of Piazza, who was of one of the two inductees in the 2016 class.

Mike Piazza was taken by the Los Angeles Dodgers in the 62nd round of the 1988 draft. Today, teams do not draft after the 40th round, and from what I understand, anyone drafted after the 30th round has little to no shot of making it in the Bigs. But in less than 30 years, Piazza went from the 1390th player chosen to a plaque in Cooperstown. Along the way, he firmly established himself as one of the greatest hitting catchers in the history of the game (Hall of Fame 2016).

I have wanted to write about Mike Piazza for some time now. Not because Tommy Lasorda is his brother's Godfather (which I think is pretty cool) or because he claims to be a devout Roman Catholic (in addition to being married to a former Playboy Playmate...interesting) but rather, because of a contribution he made to the people of New York in the wake of 9/11. 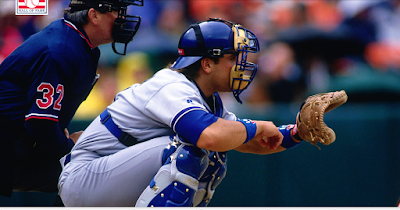 The HBO documentary, "Nine Innings from Ground Zero" chronicles the role of baseball in the days following terrorist attacks on the World Trade Center in 2001. Though sports might have seemed trivial and irrelevant, "Nine Innings from Ground Zero" demonstrates how New Yorkers embraced baseball with a cathartic passion. Yankees and Mets games became showcases for resilience and the restoration of normalcy and allowed Americans to demonstrate spontaneous rituals of grief and resurrection.

Mayor Guiliani said, "the only two things that got my mind off it for any period of time in the fall of 2001 were baseball and my son's football games." A devout Yankees fan, in an interview directed to the people of New York just ten days after the attack, he said, "One thing that I've really been missing...and I’m really going to break down tonight and go to a Met game." Good thing he did. 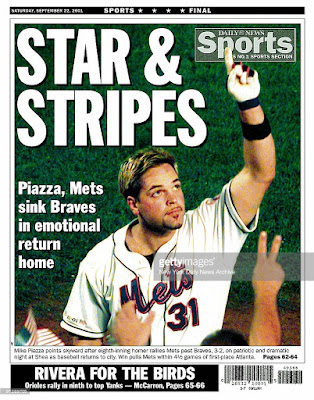 Guiliani was one of 42,000 people who gathered at Shea Stadium that evening. Mets manager Bobby Valentine said, "people did not know how to react at the ball game. There was all this hidden anxiety, this sense of let’s continue to mourn. Let’s not show any emotion other than mourning."

Narrator Liev Schreiber adds, "But in the bottom of the 8th with his team down by a run, Mets catcher Mike Piazza lifted the crowd in a triumphant salute to the city."

Valentine said, "with that crack of the bat, spontaneously people stopped morning and stood and cheered."

The documentary flashes over to Broadway legend Liza Minelli. She said "it was an amazing night because everyone's intent changed. It wasn’t just a ball game. It wasn’t just up a song. It became a fight song...it became a call..." and she breaks into "New York, New York" in the way only she could. Respondent Sydney Feldman added, "people came to Shea Stadium to be together and that sense of unity in a time of crisis is incredibly empowering. (Watch this clip here: minutes 10-12:15)"


You don't forget the leaders, the entertainers and the athletes who raise our eyes us up off the ground in times like that. Mike Piazza, who entered the Hall of Fame as a Met was one of those people, as he gave New Yorkers one of those moments. Does it make Piazza Hall of Fame worthy? Maybe not, but it makes his induction that much sweeter. 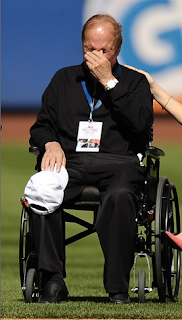 I didn't hear all of his speech, but I did hear what he said to his father. They are three very powerful words that have become a cliché I use in sports all the time. And they are words that when said appropriately, make me cry. At least that's what I did when I heard them in the gym on Monday morning....I don't think I've ever cried at the gym at 7:00 a.m. on a Monday morning. He talked about the sacrifice his father made so he could pursue baseball and said, Dad "We did this."

That might be my favorite spots cliché of all of them, and that's because I believe they are true. The team is never just you. I know, I know—there's no "I" in team...but there is a "me." But nothing in sports is possible without a competitor, a source of support, or a guiding hand. Piazza's father was with him at the start and honored at the finish. It reminds me that it's pretty amazing what "we" can do.


Congratulations to Mike Piazza and Ken Griffey, Jr and thank you for the impact you made on the game.