The Balm of Sports 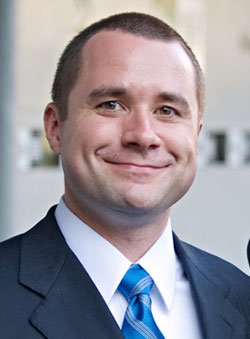 The unexpected, sudden death of a loved one is profound.  Faith, time, acceptance of the new relationship, God's mercy abate the tremendous grief and sorrow, but death is so hard...and it is so heavy.  Watching the Oakland A's play the Chicago White Sox however, I realized at their best, sports serve as a balm, one that in a small way eases the pain and can open us up to God's grace.

Josh Nemeth was a huge White Sox fan.  He was raised in a house divided.  His mom and her family, ever close to their home in Wheaton, IL were loyal to the Cubs.  So loyal that when Josh's sister Courtney got married, that half of the family went out of their way to point out the "C" on the china at the reception cite was in favor of their Cubbies.

But Joseph Nemeth IV, "Josh," was his father's son.  When push came to shove he sided with the south side.  And this from an outsider's point of view, this is hard to do.

The old and new Comiskey (now Cellular Field) have no charm, especially when compared to the brick and blooming ivy at Wrigley field.  The uniforms over the years...well, let's just say I think it's a good thing they launched the "good guys wear black" in the '90s.  To their credit, the Sox are generous and competitive with their payroll, they have a colorful history and personalities to match.  I will let the Nemeth family support and defend the rest. 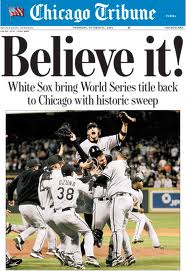 In 2005, this team did the impossible.  They remained in first place from Opening Day until they defeated the Houston Astros to win the World Series title.  It had been 88 years since the franchise last clinched a championship.  It was the White Sox's third and the first in Josh's lifetime.

San Francisco Giants hold Journey's "Dont Stop Believin'" as the unofficial theme song of our city's first World Series championship, but the credit should go to that 2005 crew.  When they swept the series in 4-games, I called Josh's sister Courtney; I knew her dad and brothers had to have been ecstatic.

Josh died on a routine morning run of an asthma attack; he was without his inhaler.  At just 33 years of age, he was a beloved son, brother, Godfather and teacher.  A graduate of Notre Dame, he taught chemistry for 8-years at Cristo Rey High School--a Catholic school in the Jesuit tradition that serves economically challenged families.  I still tear up when I think of his passing and the loss it has left with his older sister, one of my favorite people--Courtney.

I think of the madness of this world and why the good die young.  A wave of pain fills my heart and then I remember, in his lifetime Josh accomplished so much.  He touched hundreds of lives--his brothers in Zahm Hall and his students.  I find a little comfort in knowing in his short life, he also got a World Series title.  As a baseball fan who waited 37 years for one, I know what this means.  It's incredibly sweet. 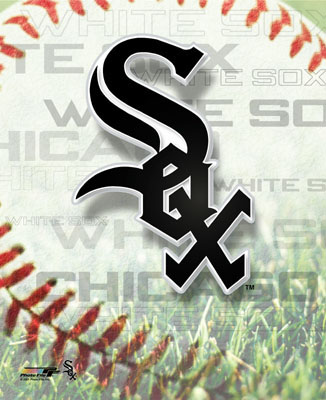 The Oak Park newspaper wrote "As a lifelong White Sox fan, he stuck with the team through thick and thin. He was a deeply religious person, as well: When his family went to his apartment to gather his things, they found an open bible on his bedstand."

I run as much for my physical health and my mental health.  I use that time to think and to pray.  I have often wondered if Josh was reflecting on the Word as he ran that morning. Or maybe he was thinking about the Sox game from the night before.  If he's anything like me--he was doing both.

The prophet Jeremiah raises the question Is there no balm in Gilead? no healer there? Why does new flesh not grow over the wound of the daughter of my people. The New Testament reveals that the balm is Gilead is Christ Jesus.  He is the true source of deep healing and yet I don't think it unfair to believe some things help along the way.  Not all cities get championship rings. Not all sports fans are as loyal as Josh.  I delight in knowing Josh got to savor a World Series victory; perhaps half of the Nemeth family can take comfort in that.