If given one adjective to describe Phil Mickelson, I'll take "loyal." Not only has he remained faithful to Amy, his wife of 20 years, he has had but one caddie in his professional golfing career—Jim "Bones" Mackay. 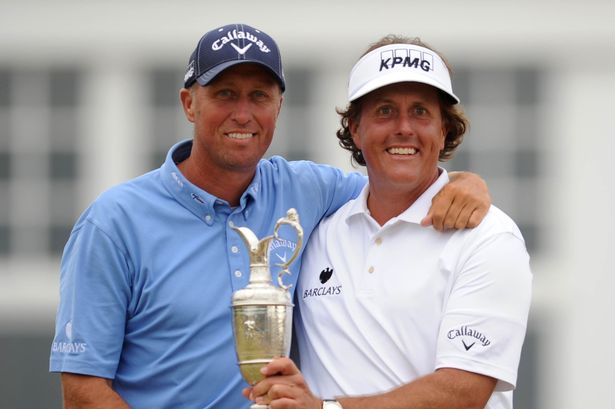 While the world marveled at what many may be the best round of golf Mickelson has ever played, I wasn't thinking as much about his four birdies on the last six holes, or that he is now one of four players to have won three different majors (since 1970).  No, I wanted to know about "bag man."

The most popular caddie or "bag man" on the tour is Steve Williams.  This Kiwi has had colorful and exciting career, serving as the caddie for Greg Norman, Tiger Woods and now Adam Scott. Williams found his share of the press during the final round of the Open as Scott and Woods were paired together; Woods ended his partnership with Stevie in 2011. But when Lefty climbed from ninth place and five shots back on Sunday morning toward pole position, it was hard not realize something remarkable was underway elsewhere at Muirfield.

I watched Mickelson and "Bones" discuss the approach. I wondered what it was like for "Bones" to tell the press to back off as they stood too close to the tee box. I noticed at times, Mickelson walked alone and at other times listened with intensity to the man with his bag.  And then I saw something very special occur when Mickelson nailed a 10-foot putt on the 18th hole.  The two men held one another with a strong emotional embrace. When they parted, I noticed they both had tears in their eyes.  It was a look that said "we did this."

Mickelson verified what I observed. When interviewed, he said,  "I easily could have played three different clubs on every shot out there.  I couldn't have done it without him." In fact, I found out today in the SF Chronicle Sporting Green that he "won without carrying a driver in his bag all week, another example of his tendency to buck conventional wisdom."  No driver?  Talk about club selection!  A 2-handicap and 21 years on the tour proves that "Bones" cares deeply about the player and the game. 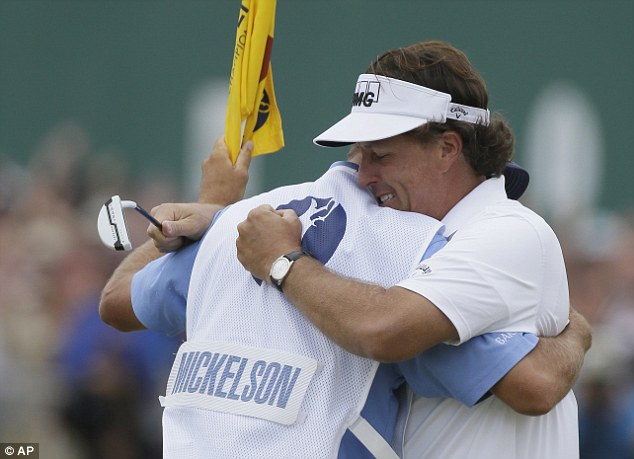 Being "Bones:" Phil Mickelson's Caddy reports "Bones, Jelly, Fluff—Caddies get nicknames" but "Bones" has got to be one of the best. When I first heard it, I immediately thought of the little ditty "Dem Bones."  I have since come to learn this negro-spiritual, composed by African-American author and songwriter James Weldon Johnson, is based on Ezekiel 37:1-14.  Dem bones, dem bones, dem dry bones. Now hear the word of the Lord.

In the Vision of Dry Bones, the prophet visits the center of the broad valley. It was filled with bones.  He exclaims How dry they were!  He asks Son of man, can these bones come back to life? Indeed, Ezekiel sees what is lifeless and dry. The Lord states I will put my spirit in your that you may come to life, and I will settle you in your land.  Then you shall know that I am the LORD.

I had a little fun of thinking about Bones' relationship with Phillie in this way.  Certain relationships bring us to life.  They can put spirit into what might be lifeless or dry. I find particular nourishment in those relationships that echo the word of the Lord. 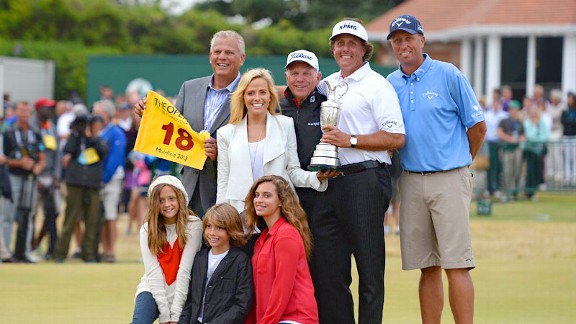 Bones and Lefty: A Perfect Match confirms this sentiment, "They are quite a pair," said Mickelson's wife, Amy. "They are so different but a lot alike. They're like brothers ... I couldn't imagine either of them with anybody else. They are kind of the perfect balance."
Mickelson, 40, considers having Mackay by his side "one of the most fortunate things" to happen in his career and one of the keys to his success.
"I think the three most important people in a golfer's life are their wife, their manager and their caddie," Mickelson said. "I've been fortunate to have the same three throughout my career. From the first time we've been together, I realized he was a great caddie, but over the years he's become a lot more than that."
I think what he has become was self-evident on Sunday.  From the long sweet walk on the 18th hole to the tear filled embrace as its completion, "Bones" is the spirit that has put life into the legacy that has shaped the career of the world's number two golfer in the world—Phil Mickelson.
Photo Credits
Embrace
Team Mickelson
Claret Jug
Bag Man
Posted by Anne Stricherz at 10:44 AM