Why Play For My School? Look to Beau Hossler (A) for the answer

Beau Hossler hopes to be the first three-time amateur golfer to play in the United States Open.  A first time qualifier (Congressional, 2011) at the age of sixteen, the future Texas Longhorn took sole possession of the lead for a brief time on Friday June 15, 2012.  Had he won, Forbes magazine reports the USGA’s “Rules of Amateur Status” would rob him of his rightfully-earned winnings. The tournament winner took home a $1.4 million paycheck, but that money would be redistributed among the professional golfers’ payouts if an amateur were to win. Last place is good for a meager $16,500, but Hossler won’t see a penny of that, either.” Hossler tied for eighth overall at three strokes over par.  He left the 112th US Open, his second, with no prize money and no immediate contract for product endorsements.  But what did he gain? 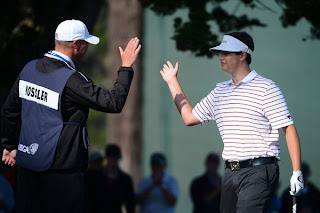 According to Chris Smith, the obvious answers include: "invaluable experience and exposure on a national scale. He brushed shoulders with some of the game’s all-time greats;" the memories will last a lifetime.  The less obvious answer however relates to that (A) that followed his name on the leader board; the (A) on the television screen and the scorecard.  (A) is for amateur.  And for Hossler to remain one means he can play his senior year at Santa Margarita High School and the year after at the University of Texas. 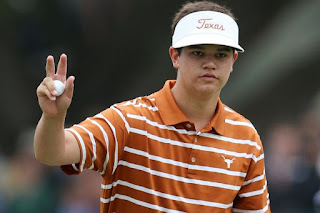 In many ways, Beau Hossler is no different than many high school athletes today. He has braces, he is confident and self-assured and I’m sure playing at a “big time” university like Texas a dream come true.  And whether we know it or not, he too was confronted with the question that so many student athletes today face—Why play for my school?

Many schools have limited resources and cannot guarantee a high level of competition.  Soccer, volleyball and basketball players increased pressure to play for their club teams to the exclusion not only of playing other sports, but the same sport at their school. These teams travel, these teams are comprised of the very best athletes; athletes of a similar passion and skill level.  These club teams provide an athlete with exposure to games where a number of college coaches can get a good look at them.  Athletes can choose a coach that fits their style and temperament and may even find better technical training. 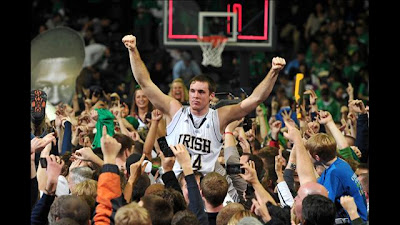 I think we know why we know people still and will always play for their high school or college.  There really is something to be said for putting on a jersey that says “De La Salle” “Notre Dame” or “Texas.”  It reminds the individual that he or she is part of something much larger than him/herself.  As opposed to wearing a club jersey like “Rebels,” when my athletes wear “St. Ignatius” they know they represent something that has stood in San Francisco for over 155 years.

And we wear these jerseys in good times and in bad times.  I have often wondered what it’s like for athletes who suit up against Columbine High School. To see the word “Columbine” is to know the story of a school-wide massacre and tragedy in 1999.  I hope because of student athletes today, we see a community that is defined by so much more.

Wearing a school jersey is a reminder that athletics is just one part of life.  True, many athletes only go to certain schools to play their sport, but I actually think the most compelling reason to play  for one's school is because of the unique way athletics builds community, inculcates values and promotes sportsmanship.  And the benefits of that is in no way limited to just the athlete.  It can and does reach fans, parents and siblings alike.

I was reminded of this truth at De La Salle High School’s Hall of Fame event.  My classmate Joe McLean was inducted for his success as a 3-year starter on the varsity basketball team.  Upon receiving his award, he shared with family, friends, former teammates, coaches and teachers why his mother in particular chose DLS for her son.  She knew that this community could give Joe something she couldn’t.  And Joe read from Proverbs 17:17 to reveal what it was:  He who is a friend is always a friend, and a brother is born for the time of stress.

What Joe encountered on the hardwood at De La Salle, my runners have gained pounding the pavement for hundreds of miles.  Their classmates become teammates.  Teammates become friends and some of these friends become brothers and sisters.  The nature of athletics through teamwork, winning and losing, striving and enduring stress has the potential to build young men and women into something greater.

The mission statement of De La Salle athletic department names this.  It recognizes and fosters the development of commitment, brotherhood and sportsmanship, and instills in all student-athletes a sense of pride and achievement. The Athletic Department seeks to create an environment in which all student-athletes develop a sense of self-esteem and dignity in a Christian setting that is both moral and caring. 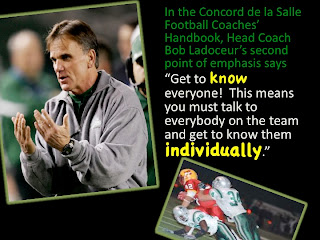 The first sentence of this mission statement includes what Proverbs celebrates—brotherhood…what Joe’s mother wanted for her son.  And the beauty of his testimony is that it was not unique to his experience.  I saw a nod of mutual understanding and agreement from several men in the crowd.  I know it’s what my own brother experienced on the track team and what I hope my athletes find in their four years of high school.

I recognize a club team has the potential to build athletes up and I hope they do.  A school however makes teammates out of young men and women who have lockers above and below each other, who may not have been able to run a mile without stopping the first time they came out for the team, who may reveal their deep love for God in a retreat small group or who may get in trouble with the dean for the same offense.  Students in the past did; they will continue to do so in the future.  A school is a community and for some, a family—complete with its own legacy and name.

My father and I joked about whether or not Beau would have to go through try-outs this coming spring to make the varsity team.  I hope he does. Casey Martin, now the men's golf coach at Oregon who also made the cut for this year's Open poignantly said, “Professional golf is the most selfish endeavor in the world.  Everything revolves around what you do.  That’s the way it has to be because the team is you.  It’s not a team, it’s you.  It’s a selfish endeavor, but when a golfer is part of a team, it’s not…

Having Beau try out, play for the Santa Margarita Eagles and eventually the Texas Longhorns teams will change the nature of the game.  And I hope in doing so, his teammates become more than friends; I hope they become brothers.