Casey Martin: Proof that golf is the greatest game ever played 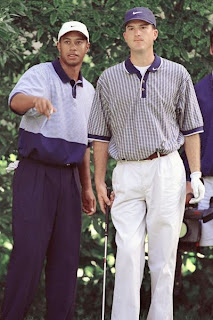 What a difference 14 years makes…and doesn’t make.
Fourteen years ago, I’m not sure I could name 10 athletes who are devout Christians.  Is it just me, or is the list growing? As fans get more comfortable (or not) with the likes of Tim Tebow or Josh Hamilton, Jeremy Lin or RG3, I think back to the pioneers in this field—AC Green and Kurt Warner.  I wasn’t overly comfortable with PDF-- public displays of faith.  Overt gestures and award winning thanks to God didn’t sit well with me.  And then I heard Casey Martin speak on KNBR.  The full story is here…"What he said and how he said it."  What a difference (x) years makes…..
In 1998 the Olympic Club Lakeside hosted the 98th US Open.  Among its contenders were two national champions from Stanford University—Casey Martin a member of the 1994 winning team and Tiger Woods, who won the individual NCAA championship in 1996. At the time, Tiger had won but one of his four green jackets.  Casey Martin on the other hand was better known winning the right against the PGA to use a cart during tournament play. 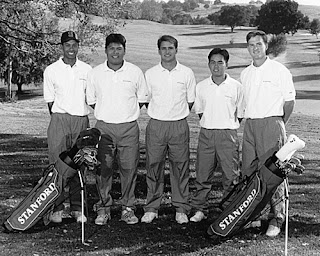 What a difference 14 years makes.
Today, Woods has won 73 PGA Tour events and has been world number one golfer for the most consecutive weeks and greatest total number of weeks. He has been awarded PGA Player of the Year a record ten times and he has won 14 professional major golf championships, the second highest of any player (Jack Nicklaus leads with 18).

After trying to make it on the tour from 1998-2003, Casey settled into a new role with the sport he loves.  He is head coach of the University of Oregon men’s golf and is hoping to leads the Ducks’ to their first NCAA championship golf title. 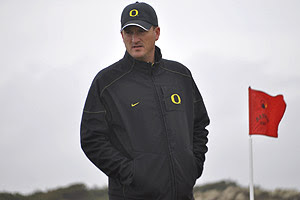 Today, Woods is seeking to gain his first major since the US Open 2008.  This four-year period is the longest drought for him since his 2005 Masters win (prior to that, he hadn’t won since the 2002 US Open).  People wonder, Does he love the game or does he love winning? A fair question.

Martin however is thrilled to be playing.  He made the cut by one stroke. According to US Today Sports, he said "I do stay close to the game, and even though I don't compete anymore. I decided that because it was a qualifier — it is the U.S. Open, and it's true that it's open to anyone who can qualify — I would go for it. And lo and behold I made it."

Tomorrow, they will join Stanford sophomore Cameron Wilson and Oregon State junior Nick Sherwood as they play their first practice round together at the Olympic Club. 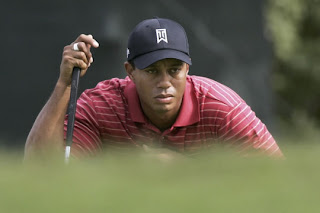 People continue to look at Tiger with more disdain than affection.  We don’t know where to place him or how to characterize him.  Who is Tiger, really?  What is in store for the legend, the two-time Sports Illustrated Sportsman of the Year.

And people will look at Casey with ever more respect and affection.  A friend admitted today, that in 1998, he thought it wasn’t right that Casey was permitted to drive the cart at the US Open.  Martin filed a lawsuit against the PGA who claimed it created an unfair advantage.  Fourteen years later, we look at the Supreme Court’s decision and wonder how we could have thought otherwise.  Making an accommodation for an athlete with a disability does not compromise the game.  It is ensures that justice is served.

What a difference 14 years makes... 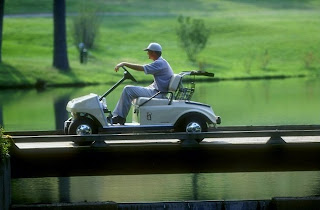 The Disney movie "The Greatest Game Ever Played" is about golf. I used to roll my eyes at the over-dramatic title, but as William Simmons so eloquently states, “through great visual display credited to director Bill Paxton, we find out that this has much more meaning than a game.”

He adds "though the movie is about golf, it seems as though the sport is just the framework for what is really going on. What is really going on is a story of individuals being told they can't fulfill their dreams, because of age or social status." What unfolds, regardless of a conflict between a son's wishes and a father's demands and an English golf legend looking to bring the title home with the country breathing down his neck is what the title suggest is that a great game is being played.

Once again, golf has served as a framework in the life of Casey Martin. He never let a disability get in the way of his pursuing his dream. Obviously the dream has not died. Same venue, many of the same golfers….14 years later. I hope this year’s US Open reveals what will be the greatest game ever played.